Can a new processor make the gold-standard tablet even better?

The other was a small upgrade to the 9.7-inch iPad, bringing a new processor and new Lightning port to the device. But Tim Cook didn't just call the latest iPad a minor, iterative upgrade, or a poorly-disguised excuse to get a Lightning port on the tablet. He called it the "fourth generation" of iPad. Cook touted faster performance thanks to a new A6X processor, with no hit to the iPad's battery life. (And yes, there's a Lightning port.)

The refresh comes at a very odd time — only a few months after Apple unveiled the "new iPad," it's now the old iPad. But is the new new iPad worth envying, or upgrading for?

(Note: this is our video review of the third-generation iPad from back in March — everything's still the same, except the processor's a little better and there's now a Lightning connector.) 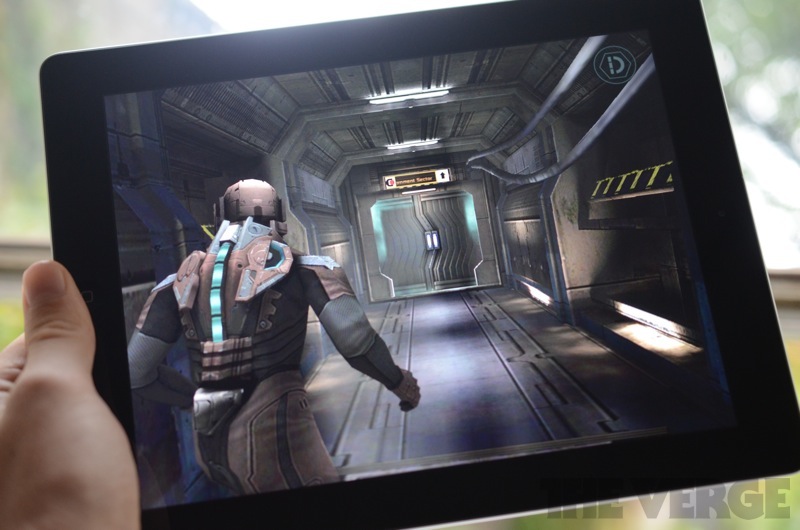 The answer's pretty simple, actually: it will be better, but for now it’s more or less the same. The basics of the device haven't changed at all, so read our review from March for the full skinny on the 2012 iPad. The 1.3-pound iPad's 2048 x 1536 Retina display is still among the best we've seen on a tablet — I'd say the best, but the Nexus 10's display is also pretty great. The new device is comfortable to hold, incredibly well-constructed, and best of all offers access to the 275,000-plus tablet-optimized apps in Apple's App Store. It comes in Wi-Fi and LTE-enabled flavors (the latest version brings LTE models to more carriers, including Sprint), and starts at $499 as always. The camera is solid, though you absolutely shouldn't be taking pictures with your iPad. You'll almost never notice the difference between this iPad and the last version, unless you look at the bottom of the tablet.

The Lightning connector is the one and only aesthetic change between third- and fourth-generation iPads. The new connector means that any docks, cables, or accessories you had for your iPad are now useless without a $29 adapter that's currently all but impossible to find anywhere. But Lightning's clearly the future for Apple's products, and thus its ecosystem, so there's good reason both for Apple to rush out a Lightning-enabled iPad as quickly as possible and for you to get an iPad with a Lightning connector.

Apple release a couple of new Lightning accessories at the event, which help bring it up to parity with what's available for the 30-pin connector (at least from a first-party perspective). There's now an SD card adapter, so you can plug your camera's memory card straight into your iPad; along with the new Lightning to USB adapter it replaces the old 30-pin Camera Connection Kit. The new accessories work just as you'd expect, and I really do like using the iPad as the hub for a lot of my photos.

The Lightning connector doesn't change much about how you'll actually use your iPad, but the new A6X processor might. At its launch event, Apple SVP Phil Schiller said the A6X offers double the CPU and graphics performance of the A5X, which powers the third-gen iPad. "The competition wasn't even close to us," Schiller boasted, "and now we're just blowing past them some more."

In practice, the most noticeable difference between third and fourth generation of iPad is how quickly apps launch. It's not so much that the older iPad is slow to launch apps, but the A6X-powered model is consistently and noticeably faster to do so. Light apps (like Notes or Mail) launch only a beat faster, but games and movies were often several seconds faster to open on the new model. It makes for a much smoother experience — Instapaper used to show an empty shelf for a second or two before populating, and now pops to fully stocked life almost instantly.

The browser's also a little faster, both to launch and to load pages. Apple has touted improved Wi-Fi performance on the new iPad, which could also be contributing — either way, the browser performance is better than ever, though it's not an earth-shattering improvement. The upgraded FaceTime camera is definitely better as well. The picture's noticeably sharper, especially in small details like eyes and teeth, but it's only "good" on the spectrum of integrated webcams — it's a better video chat experience, but still useless for pretty much everything else. 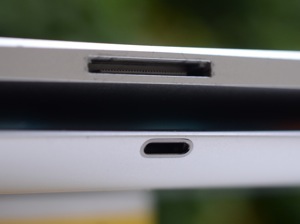 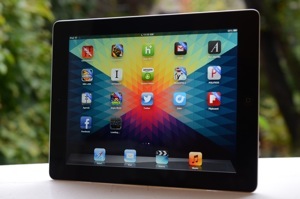 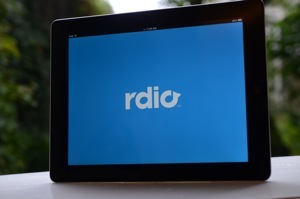 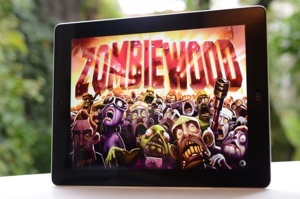 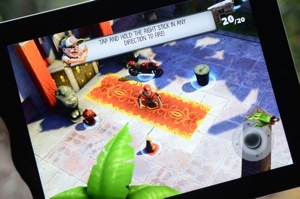 That's a welcome change, but the biggest bump will come when developers write apps taking full advantage of the A6X's computational and graphical abilities, but it's hard to say when that will be. Games can't really be optimized for the new chip when there are so many older iPads out there (and when the brand-new iPad mini only has an A5 processor inside), so for the most part performance isn't noticeably better from the last iPad to the new one.

I spent many hours playing Dead Space, Infinity Blade 2, and Zomebiewood, and the performance was near-perfect — graphics are smooth no matter how detailed, everything's incredibly responsive, and I saw nary a skipped frame or stuttery animaton. Of course, I could say all those same things about the iPad that came out in March. The newest iPad is better, but only if you're really picky and really paying attention.

Even as the iPad gets more powerful — new processors, LTE connectivity — its reported battery life stays the same. And so too do our test results: I got almost exactly nine hours of continuous Wi-Fi browsing on the Verge Battery Test, which cycles through popular websites and high-res images with the brightness set to 65 percent. I didn't have an LTE model to test the battery there, but I bet it equals the last model. The more things change, the more they stay the same.

I have no reason to doubt Cook and Schiller when they say the A6X is a better chip, that it puts the iPad’s performance even further ahead of its competition. But at least for now, it doesn't seem to be enough of an upgrade over Apple's own previous efforts to be worth running out to sell the iPad you bought only a few weeks or months ago. And if you've had your iPad for a while, you might be better off living in the ignorance-is-bliss world of the 30-pin ecosystem, staving off the extinction of all your docks and chargers.

A definite upgrade, but if you bought the last one you'll be just fine

The fourth-generation iPad is the very definition of an iterative change: Apple made important things better, but neither overhauled nor revolutionized anything. If the iPad's history is any indication, the fourth-generation iPad's advantages over the third-gen model will be most apparent two years from now, when apps are designed for the better processor and the Lightning connector has spawned a much larger universe of accessories. Then you'll want the extra power and the adapter-free lifestyle.

For now, if you're within your return window you should probably swap for the newest iPad, but if not? Rest assured you're not really missing that much. Not yet, at least.