Instagram grabs the headlines today, but Hipstamatic was arguably the app that started the dubious trend of retro faux-film photography. To this day it still goes much further than competitors in attempting to emulate the feel of old film cameras, and a new $0.99 downloadable extra takes that a step further. Multiple exposures — the ability to layer two or more frames on top of each other — are a popular feature of film cameras such as the Holga or Lomo LC-A, so it makes sense for Hipstamatic to catch up with a similar feature of its own.

Downloading the Multi-Exposure Kit from the in-app HipstaMart adds a new switch to the back of your "camera;" cock it and your next shot will be merged with the following one. You can flip the switch again between shots to extend the run of overlaps, but as with a film camera you have to be careful about over-exposing the resulting image. It really does work a lot like film — shoot two pictures of buildings set against the sky, for instance, and the overlapping dark areas will be rendered in deep color against the washed-out background. 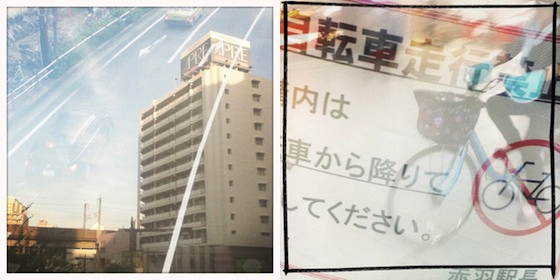 There are other multiple exposure apps on iOS, but anyone invested in Hipstamatic's ecosystem of virtual lenses and films will probably want to pick up this add-on. It's very well-implemented and is the first Hipstamatic downloadable content to fundamentally change the way you use the app. 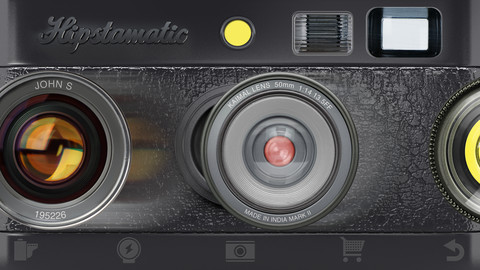 The Multi-Exposure Kit comes alongside version 260 of Hipstamatic, which also features updates for the iPhone 5's screen, some interface tweaks, new black and white camera cases, a modified flash switch, and a free Rock The Vote pack that comes with a camera case and two films. One of the films goes so far as to burn messages such as "WE WILL BE BRAVE" onto your images in an attempt to get out the vote, if that's your thing. Hipstamatic is $1.99 and version 260 is live in the App Store right now.