Internet advocates want change, but will they show up when it matters?

The Verge is onboard Reddit's "Internet 2012 bus," which is driving between the presidential debate in Colorado to the vice-presidential debate in Kentucky. Stay tuned for more dispatches from the road, as Reddit and its allies gather and share stories about the open internet in America's heartland.

In one of the first stops on the Internet 2012 bus tour, Reddit co-founder Alexis Ohanian spontaneously offered an idea to the public of Boulder, Colorado: "what if we chose a day to geek bomb DC, a national geek summit?" The idea is to gather folks from the right constituencies — specifically the startup community — to talk to their representatives in Washington. And while Ohanian insists the idea was improvised on the spot, the idea isn't new: "lobby days" are a classic tactic for many organizations that work to influence the government. It's also a sign, however tentative, that Reddit's foray into politics is now serious business.

A townhall for geeks 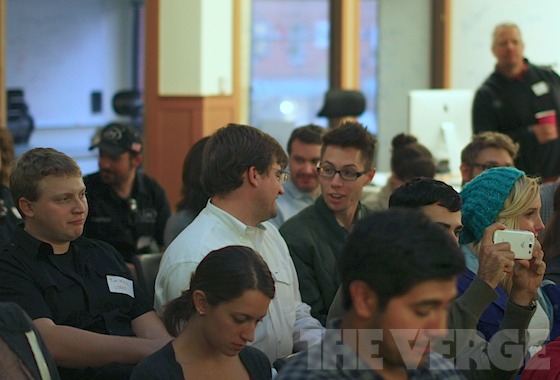 The geek bomb idea was conceived at an event dubbed "Startups + Politics: Why you should give a shit;" an irreverent title for an event with Congressional staffers and a former policy chief for the FCC sitting as panelists — not that Ohanian, author of a book titled Without Your Permission: How the 21st Century Will be Made, not Managed, would be concerned about ruffling the feathers of politicos. The stop in Boulder is just one of many in a 10-day long campaign-style bus tour spanning the presidential debate in Colorado to the vice-presidential debate in Kentucky, in which the tour group plans on talking to people in the country's heartland about "the power and promise of the open internet."

The bus tour is the latest effort in Reddit and Ohanian's expanding political involvement, which began recently with the fight against SOPA and PIPA, and evolved into follow-up efforts like the Declaration of Internet Freedom, the creation of the Internet Defense League, and, of course, the Internet 2012 bus tour. The bus tour expands on the efforts with a focused narrative in the height of the presidential campaign: Reddit and Ohanian are pushing an economic message, meeting specifically with a number of startups whose business is dependent on the internet. As Ohanian said back when the bus tour was announced, open internet issues are about more than keeping the entertainment industry out of internet policy, it's about the internet's ability to act "as a massive engine for economic growth." At last night's panel, Ohanian's message resonated with local startup leaders, but what could have been a simple question and answer session quickly evolved into an action plan for change.

The panel was a weird mix of townhall-style comments, random grievances, and collaboration

After what started with some brief remarks from each panelist on the issues of the day, it wasn't clear how the event would unfold. (On the first day of the bus tour, an initial talk from Ohanian and Reddit GM Erik Martin at a Denver university gathered a modest audience of unengaged students whose noses appeared to propel their bodies towards free pizza). But last night's crowd, filled with a variety of people from Boulder's startup community, provided a weird mix of townhall-style comments, random unrelated grievances, and eventually, collaborative efforts to plan something concrete. It was almost like watching a discussion tree on Reddit unfold in real-time, IRL; sometimes unfiltered, often off-topic, and occasionally marked by unexpected brilliance from the mind of a stranger. Still, Ohanian's idea to geek bomb Washington dominated the conversation. 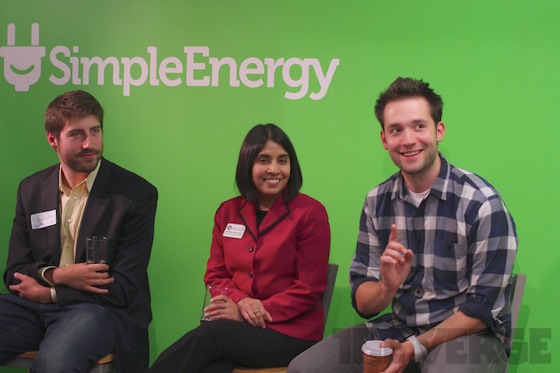 The idea was quickly absorbed, discussed, and remixed by the audience and the panelists, starting with the name. "What if we call it Geek Day instead," one audience member volunteered, after which the very inclusion of "geek" was called into question. "What should we be telling advisors, or candidates, or politicians," others inquired. If there was one thing the audience generally agreed on, it's that Congress doesn't know much about the tech world, and perhaps even less about startups.

Other audience members challenged the idea of lobbying more fundamentally, questioning whether citizens had a realistic shot at fighting the two-party duopoly, or systemic ignorance, or big money politics. Ohanian, who railed unflinchingly against the votes bought for SOPA and PIPA "with $94 million from the entertainment lobby," gathered nods from the audience for calling out congressional collusion. But while the Washington insiders on the panel drew heat from a disaffected electorate, they encouraged and promoted the ability of average people to influence the government, and tried to dispel the accusation that officials don't care or listen to concerned constituents. "When I worked at the FCC," said professor Dale Hatfield, "I longed for people to come and talk to me from outside the beltway. I talked to lobbyists all the time."

"I longed for people to come and talk to me from outside the beltway."

Audience members volunteered to participate in geek day, and proposed dates, giving the plan more definition by the minute. On the other side of the room, opposite Ohanian, Reddit GM Erik Martin absorbed and quickly supported the idea. After all, as he admits, the bus tour itself was born in a fit of passion — a genesis common with many things started by Reddit. (The Reddit PAC created to unseat Lamar Smith, and Jon Stewart's "Rally to Restore Sanity" are good examples).

So far Reddit's involvement in politics has been largely reactionary, and while infused with plenty of passion, specific goals or methods to achieve them have largely been absent. Even the Declaration of Internet Freedom, which Martin is carrying in a gigantic duffel bag on the Internet tour, is a list of vague principles of questionable value: if the group creating the declaration couldn't even agree to include net neutrality, how can any meaningful action be taken on those principles? 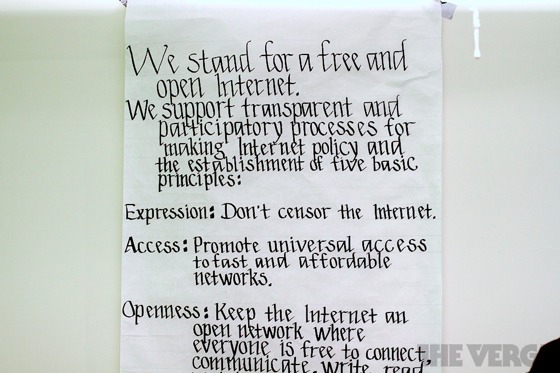 To the group's credit, this all really just started recently, and it's hard to fault it for learning how to navigate the old world of Washington. Even Google, a major player in the tech industry and a large corporation, only began to take lobbying seriously earlier this year, and there's no guarantee that it will keep up with its efforts, or that it will represent the public interest beyond issues critical for the company's business success. Internet trade associations and lobbying groups are also just starting to pop up: while stalwarts like the Electronic Frontier Foundation have been fighting for digital rights for years, new players are only just starting to treat government influence as necessary overhead: the Internet Association, a joint effort from Google, Facebook, Amazon, and others, was formed this July. It still hasn't hired a single lobbyist.

While an off-the-cuff lobbying day seems like a great idea to propose to an excited audience and then quickly forget about, Ohanian and Martin are already serious about making it happen. "Oh yeah, it's happening," Martin tells me. Ohanian is equally enthusiastic, and the gears spinning in his head over Geek Day force the same sort of smile he offers when he gets excited talking about one of his many startup ideas. Shortly after the panel ends, Ohanian is cornered by a line of attendees with questions and ideas. By the time we make it to dinner, he tells me that the plans have already changed: they'll conduct a "beta" lobby day at the state level before invading Washington, DC. "What we heard was how uninterested people are at the state level," he tells me. "We face less competition there." He's already registered a couple of domain names, including "nationalstartupday.com," which he says is "a little more palatable for normals" than "geek day."

"'National startup day' is a little more palatable for normals."

What happens next is still a mystery, but even if just for a moment in a small Colorado town, the people of the internet expressed the kind of enthusiasm and momentum that can make real change in politics. Whether Reddit and its allies can harness that energy over the long-term, and how, is still a mystery, but Ohanian plans to attack the issue as an outsider. "I love the meritocracy of the internet, where the best idea can win," he says. "When you go to DC you realize that's not the case."