There’s an incredible diversity in the kinds of graphics that video games have presented us with over the years, but developers are still managing to find ways to surprise us. Derrick the Deathfin is a new downloadable title launching today on the PlayStation Network that not only looks it was made out of paper, at one point it actually was. In order to make the art style as realistic as possible, the team at developer Different Tuna crafted papercraft models of each object before making them part of the game world. It’s a lengthy process but one that adds a sense of realism to a game about a cartoon shark. Or as Different Tuna’s Gordon Midwood says, it creates "something that’s kind of organic, that doesn’t look like every other video game."

As with many great ideas, Derrick began life as a drunken conversation. One night over beers at a London pub, Midwood was discussing classic games with Alex Neuse from Bit.Trip Beat developer Gaijin Games, and the conversation eventually shifted to Sega Genesis hits Sonic the Hedgehog and Ecco the Dolphin. And inspiration soon followed. "This idea formed in my mind to combine the two," says Midwood. The concept was to make a game that was fast-paced like Sonic but set in an underwater world like Ecco — "it was to make an Ecco on crack, if you like," he says.

Midwood had already made several minimalist iPhone games like lilt line, but he was looking to create something a little bigger, and preferably on a console. Eventually he secured some funding for the project and enlisted the help of street artist Ronzo to develop a look for the game. The two had previously worked together a decade earlier at a media agency, and Midwood felt that Ronzo’s style would be a good fit. "I always knew he was a very talented and his style would work well in games," he says. "I didn’t tell him that for about ten years."

Eventually the paper theme was settled on, but the original vision in Midwood’s head wasn’t the game that’s available now. Instead, he pictured a flat, pop-up book-style world akin to games like Parappa the Rapper and Paper Mario. It was Ronzo who eventually suggested the papercraft theme and the appeal was immediate. "None of us could really believe that nobody had done it before, because it seemed so obvious," says Milwood. "Like all ideas, once you have them it seems obvious." 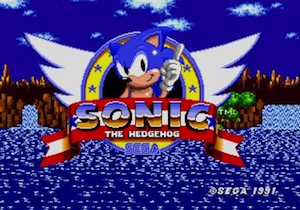 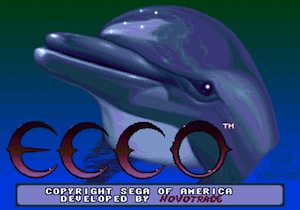 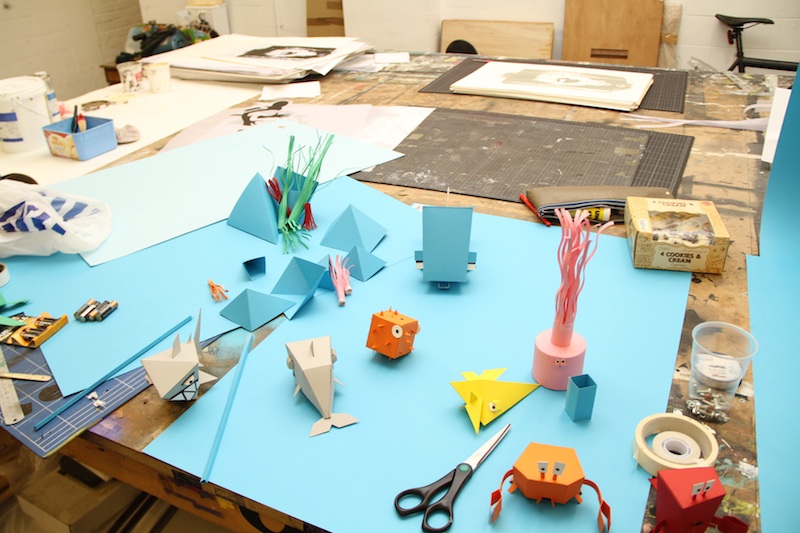 From sketch to game 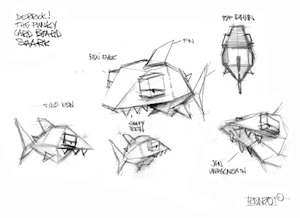 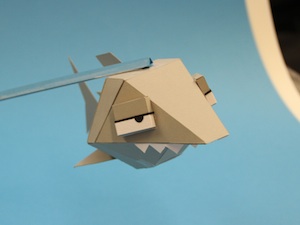 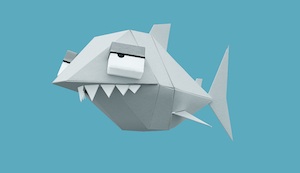 The process of actually creating that look and feel, though, was arduous. Character models were first sketched out, then turned into actual paper models, before being photographed from every possible angle. Those photos were then sent to a 3D modeler and turned into the adorable creatures that populate the aquatic world of Derrick the Deathfin. But it wasn’t just the characters that were made into papercraft, it was the entire world — everything from tiny plants to giant nuclear reactors. All told around 100 objects were made including approximately 40 creatures. And for many of them the entire process — from sketchbook to 3D model — took up to a week. "But if you’re doing them in bulk you save a bit of time," says Midwood.

The game has been in development for the past two years, and while some of the steps in the creation process could have been skipped, Midwood says the results just wouldn’t have been the same. When asked about creating 3D characters without first having a reference model made of paper, he says "we could have done that but it wouldn’t have looked as paper-y." 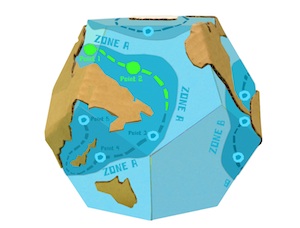 And all of the hard work has paid off, as Derrick the Deathfin really manages to look like nothing else out there. In fact, the unique art style has been the main talking point thus far in terms of media coverage. Midwood says that he’s fine with people focusing on the game’s looks, though given the large number of games that look a lot better than they play, he is a bit worried about players not necessarily giving the game a fair shake. "Because the visuals, to me, are so distinctive, so striking, people might be more critical towards the game," he says. But like any creator, his desire is simply for people to like what the team at Different Tuna has made.

"My hope is that people enjoy it, see it as something different and fun and fast-paced with a cool visual style that they haven’t seen before," he says.