A number of Verge editors have just received the update to iOS 6.0.1. As indicated by its small version number bump, the update primarily consists of bugfixes. One of the highest-profile bugs that has been patched is a visual glitch that plagued the keyboard. Additionally, a bug that would cancel an entire meeting when one Exchange user declined an invite has thankfully been fixed. Wi-Fi performance on the latest iPhone and iPod touch should also be improved with this update for those connecting to WPA2-encrypted networks. There are a few other minor bugs that Apple's taken care of with this update, so be sure to check the full changelog below. 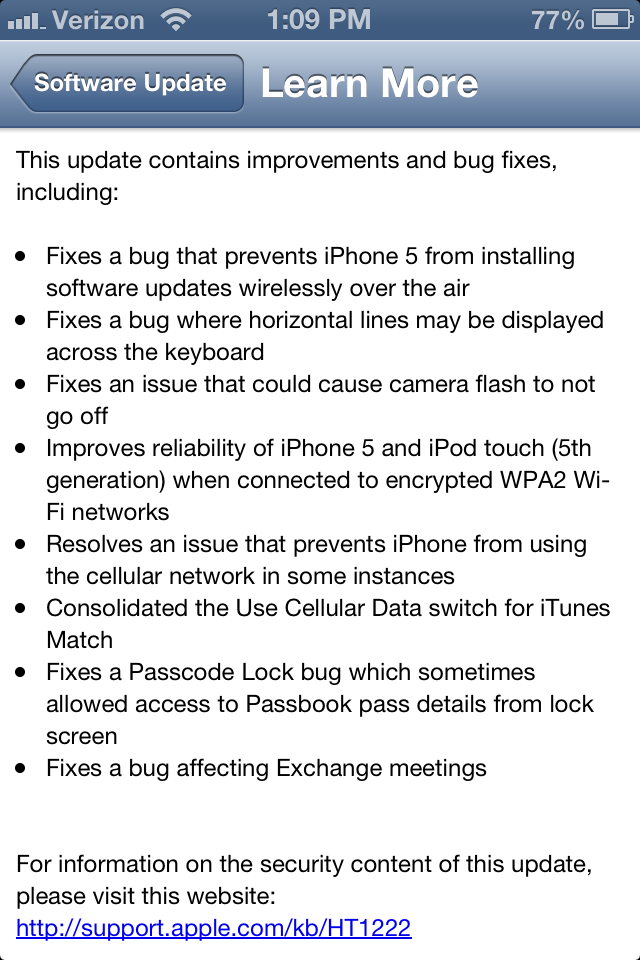