Google Wallet may have recently undergone a massive transformation to allow all credit cards to work with the tap-to-pay app, but the search company looks to have something else up its sleeve. According to Android Police, which claims to have received a copy of an upcoming version of Wallet, Google will soon offer a physical card that can be programmed to mimic any of your other credit or debit cards. The idea is that you'll be able to carry this single, Google Wallet credit card (as well as your phone), and when you go to make a purchase you can simply program that all-in-one card at checkout to act as your American Express or Visa card, for instance. By default, the card will charge to whichever account you've set as your primary payment method in the Google Wallet app. 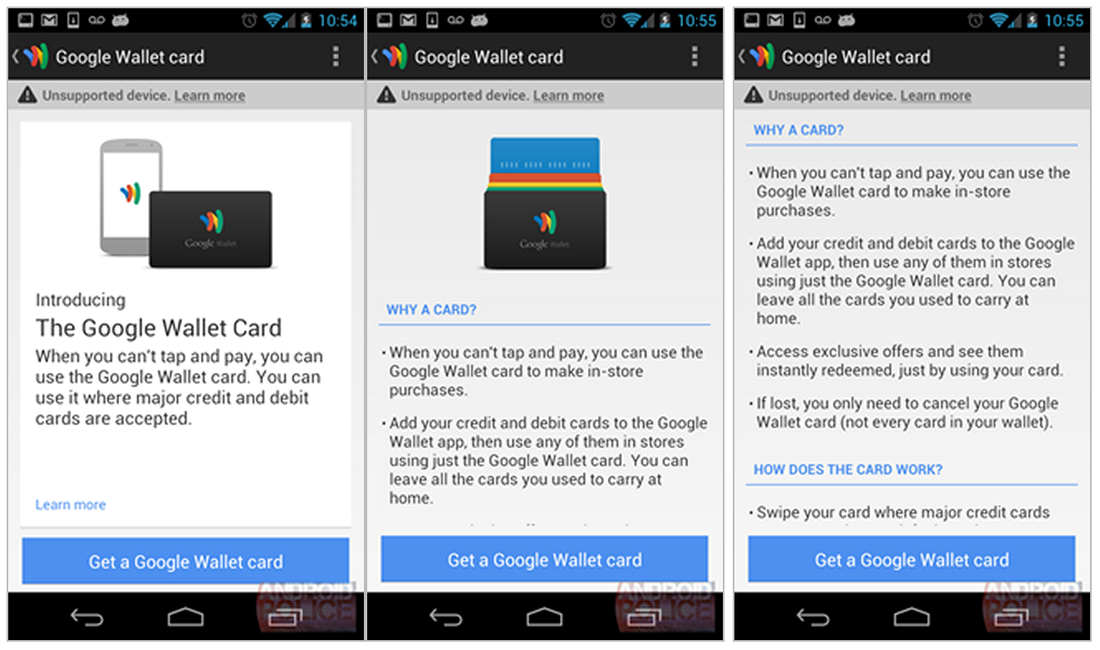 The leaked version of the app supposedly has a few more new features, too. It's not yet clear, but screenshots show a withdraw and send money feature, as well as a very intriguing transit function. There's little to go off of, but one photo shows a "Transit Demo" screen with Los Angeles' Transit Access Pass (TAP).

We're not completely sold on the new credit card functionality — if you can carry a phone and one card, it isn't much harder to carry the rest of your cards — but we'll have to take this all as rumor for now, anyways. The screenshots certainly look convincing, though, and as Android Police points out, Google has already set up a signup page for a new version of Google Wallet. We've reached out to Google to try and get confirmation.

Update: Google has responded to our request, informing us that it has "no comment." 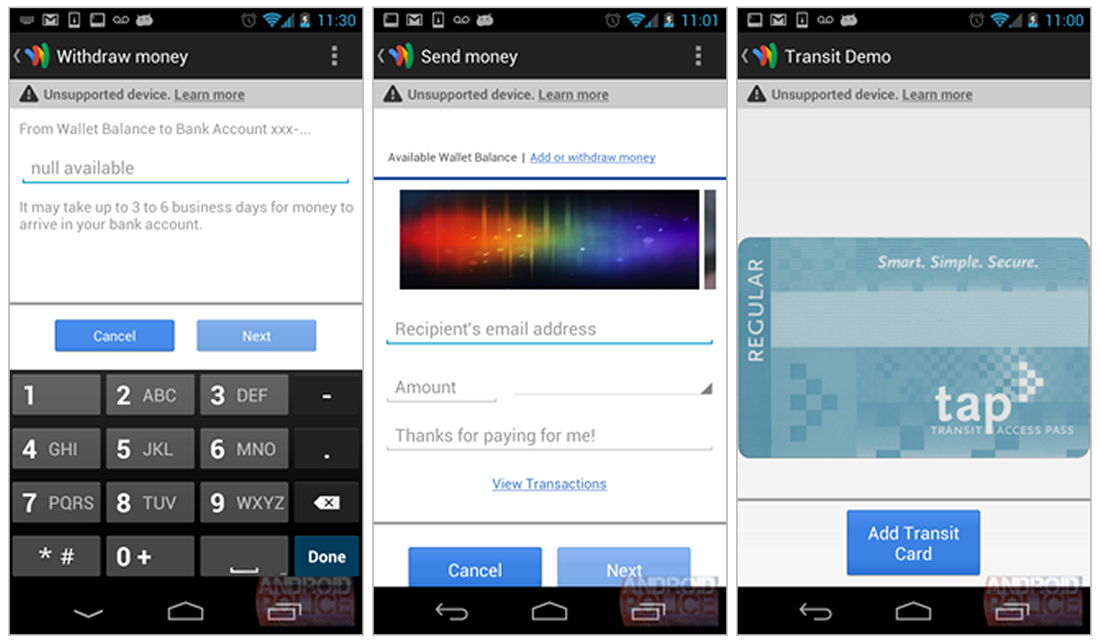