Steven Sinofsky, the Microsoft executive in charge of Windows, has left the company. Julie Larson-Green is to assume control of Windows software and hardware engineering, and CFO Tami Reller will be in charge of the Windows business. The changes are effective immediately, and no reason was given for Sinofsky's departure. He had the following to say in a statement:

"It is impossible to count the blessings I have received over my years at Microsoft. I am humbled by the professionalism and generosity of everyone I have had the good fortune to work with at this awesome company."

Microsoft CEO Steve Ballmer, meanwhile, said "I am grateful for the many years of work that Steven has contributed to the company." Sinofsky had a reputation as a brilliant yet controversial leader who could be difficult to work with, despite a strong record of shipping products on time. After working with Microsoft Office, he took control of Windows 7 following the troubled Vista launch and continued this role through last month's Windows 8 launch. His official title was President of the Windows Division.

The Verge has seen Steve Ballmer's letter to Microsoft employees on the departure. On Sinofsky, the CEO had the following to say:

"As we enter this new era, and with the successful launch of Windows 8 and Surface behind us, Steven Sinofsky has decided to leave the company. Steven joined Microsoft in 1989 as a software development engineer and has contributed to the company in many ways from his work as a technical advisor to Bill Gates, to leading the evolution of the Microsoft Office business, to his direction and successful leadership of Windows and Windows Live as well as Surface."

Julie Larson-Green has been at Microsoft since 1993 and was responsible for program management, user interface design, and research on Windows 7 and 8. Her new role will encompass "all future Windows product development in addition to future hardware opportunities," and Ballmer described her as "the best possible person for this job." Just two weeks after the Windows 8 launch, however, the real question is why now is the time for Sinofsky to go.

Update: Sources inside Microsoft have given The Verge more details on Sinofsky's departure. We're hearing that the executive shake-up wasn't based on any issues with Windows 8 or the Surface launch, but personality clashes within the ranks. 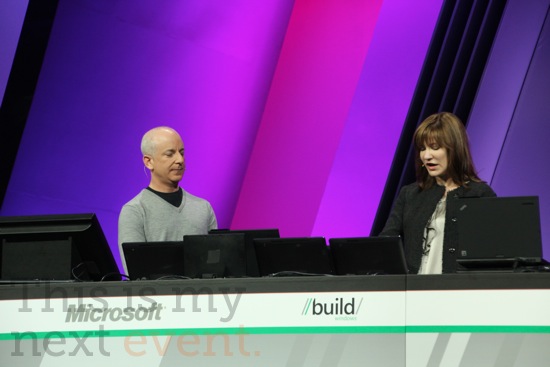