Share All sharing options for: Why the future of live sports is in ESPN's hands

It's the most common retort to cord-cutters, the first word of caution to anyone looking to get rid of their cable subscription: live sports. You'll spend a lot of time in bars, I tell people, because without a cable subscription watching games becomes virtually impossible.

There's still a lot of truth to the statement — live sports are the least-supported thing most cable-cancellers might want — but there's a surprisingly large amount of content out there available without a cable subscription. Of course, when you add up the costs of getting the games you want, you're probably better off just getting cable again, but the idea that you can only watch sports on your television is quickly becoming antiquated.

"Every game, everywhere" is still a pipe dream

On August 26, 2002, 30,000 fans watched the Yankees beat the Rangers online, using Major League Baseball's brand-new MLB.TV service. The innovative platform made out-of-market games accessible to expatriot fans, even allowing you to watch the game as called by your hometown announcers. There are plenty of extra features, too, which let you track stats and follow other games while you watch. MLB.TV is now ten years old, has streamed more than 25,000 games, and is now available on phones, tablets, desktop PCs, Roku, and your Xbox.

But the service isn't perfect. Because MLB teams have huge TV deals in their local markets, local games are almost always blacked out — if you live in New York, you can't watch Yankee games because YES owns the rights exclusively. Playoffs have their own restrictions, and it's often not possible to watch a game just because it's after 5PM on a Saturday. Plenty of games are available, but it's far from the seamless, "every game everywhere" experience many baseball fans hoped for. MLB.TV is also expensive, at $124.99 per season for high-bandwidth streaming of games. 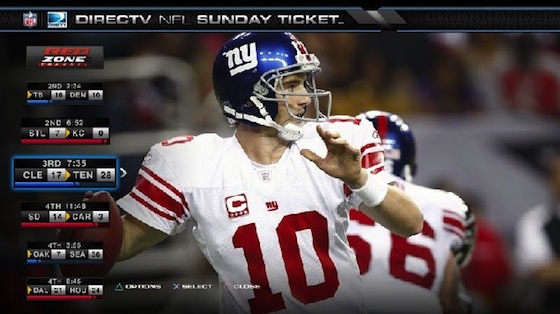 Other leagues have followed suit, bringing games, commentary, and information to multiple platforms. The NFL's Sunday Ticket package gives you access to out-of-market football games every Sunday, the NBA League Pass does the same all week for professional basketball, and the NHL GameCenter platform brings hockey to all of your devices. Even Major League Soccer has MLS Live for streaming soccer games.

For better and for worse, each league took its cues from Major League Baseball. Every service is available on at least one game console or set-top box, all have mobile apps, and they make it easy to switch between games or add new stats and features to the viewing experience. But they all black out local games, and they have so many restrictions that it's nearly impossible to figure out when you can actually watch games. The biggest barrier to entry, though, is the price. To subscribe to the NFL Sunday Ticket, MLB.TV, NBA League Pass, and NHL GameCenter, even assuming you already have the plethora of gadgets you'd need to access all the content, would cost you $632.94 a year. Don't forget: that doesn't include any local games, Thursday Night Football, All-Star Games, and a lot more.

A number of the leagues even still require you have a cable subscription, offering their package as an add-on to your existing services. That's slowly changing, though: the NFL's Sunday Ticket and RedZone channel are now available to PlayStation 3 owners whether or not they're DirecTV subscribers (though you're still buying it through DirecTV), and MLB.TV doesn't require cable either.

Every league makes millions or billions of dollars from ESPN, TBS, NBC, and countless other networks

The restricting factor for all live sports is TV deals. Every league makes millions or billions of dollars from ESPN, TBS, NBC, and countless other networks that want a monopoly over the broadcasts of their sports. In our diffuse media world, where everything is available whenever we want it, live sports are one of only a few things that qualify as "appointment viewing." That kind of engaged, current audience is incredibly valuable to advertisers, and networks aren't keen on sharing that attention with league-provided streaming services.

As long as TV remains the biggest source of leagues' revenue in the US (and that won't change anytime soon), broadcast companies will control how and where games are broadcast. That's why it won't be the NHL, or MLB, or NFL that take the steps necessary to make live sports a true streaming reality — it'll be ESPN 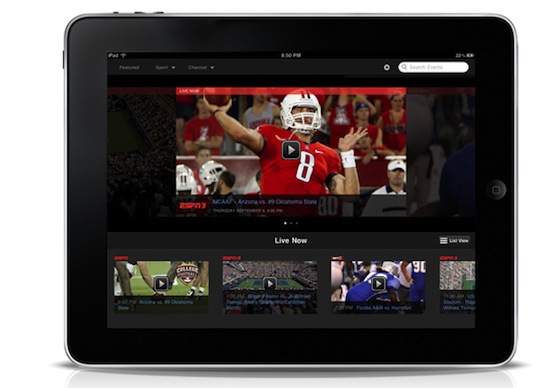 Disney's sports giant has the money, the reach, and the relationships with leagues large and small to steer the way we consume content. To its credit, ESPN has always been praised for being forward-thinking: it was quick to embrace the internet, mobile, tablets, and even streaming. The company was including mobile streaming in its deals with leagues before mobile streaming even meant anything, and now it's paying off — 98 percent of ESPN's content is also available on its WatchESPN app, which is available on phones, tablets, and just about anything with a browser.

But you can't get WatchESPN without a cable subscription, and you probably never will. Cable companies are ESPN's biggest source of revenue (more than $5 per subscriber per month), and as long as that's the case the company's not likely to change its stance. There won't likely be a time when you can pay $5 or $10 for an ESPN app or channel, because it simply doesn't make financial sense for ESPN and Disney.

ESPN's been making streaming deals before streaming was even a thing

ESPN might be the pied piper for a different kind of strategy, though. Rather than cutting cable and paying only for what you want (the "a la carte" model), you'd pay one price and get everything, everywhere. Yes, you need cable to get WatchESPN, but once you've logged in you're effectively untethered from your TV. Your cable bill buys you access to all the things you want to watch, wherever you want to watch them, on whatever device you choose. And because it's the company setting the restrictions for the leagues, ESPN's platform doesn't have weird local blackouts, or odd weekend restrictions — you just watch ESPN as you always have.

ESPN and its competitors are in near-total control of how we watch live sports going forward — and that might actually be a good thing for fans. It does mean cable’s not going away — there’s virtually no incentive for ESPN to decouple itself from the industry that pays it so handsomely, even for the subscribers who don’t care about sports — but it also means your cable subscription may soon offer sports beyond your TV. Comcast, Time Warner, Verizon and the like haven't made much headway with their TV everywhere packages, but rich networks are already beginning to buy broadcast deals from leagues that give them the right to stream sports to anyone who wants to watch, on any device, at any time. You might always have to pay extra to watch out-of-market games, but if you just want to watch the Giants game while standing in line at the DMV you might soon be in luck.

Unfortunately, though, you’re still going to have to pay Time Warner or Comcast for the privilege.