Sinofsky speaks, denies he tried to take over Windows Phone division at Microsoft

Sinofsky speaks, denies he tried to take over Windows Phone division at Microsoft

Former chief of Windows, Steven Sinofsky, departed Microsoft earlier this week in a shock announcement following the release of Windows 8 and Surface RT. While sources have claimed his departure was related to a clash of personalities, Sinofsky has started to share some insight into his role at Microsoft.

"No one ever approached me to manage them as part of Windows 7 or 8."

In a blog post by Hal Berenson, a former Microsoft distinguished engineer, Sinofsky has replied in the comments section to dispute some facts around rumored internal battles. Berenson claimed in his post that Sinofsky had lost recent attemps to control Windows Phone and Microsoft's developer division. "I never initiated any discussions to bring together the organizations/products you describe," says Sinofsky. "No one ever approached me to manage them as part of Windows 7 or 8."

Sinofsky continues to provide feedback in his comment, suggesting that he typically pushed back on taking control of products — looking for a "cross-group way to achieve the goal" he says. "Very few things moved into teams I managed," he claims before revealing he feels it's "far better to collaborate with the org in place and avoid the disruption." Collaboration, or lack there of, appears to be the key factor for Sinofsky's departure, with a number of sources indicating to The Verge that he would often attempt to protect Windows against certain changes and avoid sharing insight into the Windows division with rival executives. 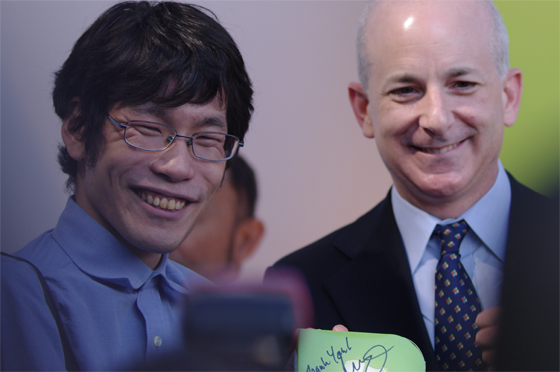 A fundamental shift for Microsoft and the way it sells Windows

While it's clear Sinofsky had tight control of Windows and successfully managed the launch of Windows 7 and Windows 8, his vision for the future of Microsoft's cash cow may not have aligned with the broader goals for Microsoft. CEO Steve Ballmer has outlined a "fundamental shift" for Microsoft, where "there will be times when we build specific devices for specific purposes." Reading between the lines, it's not impossible to imagine a future at Microsoft where the focus shifts from selling copies of Windows licences, to selling devices and services in a subscription combination. Microsoft has proven it can build hardware like the Xbox and Surface and tightly control the software experience.

With Xbox and Office moving to subscription models, it could be tempting for Microsoft to attempt to decouple Windows from a licensing model and use it more broadly across its product range in a way we've not witnessed before. Sources tell us that Microsoft is evaluating the status quo of Windows generating revenue through licenses, a model we're told Sinofsky supports. His objection to more transparency around the Windows division and a refusal to work more broadly with other divisions may explain his rather sudden departure.