Remote control: why is turning on the TV still so hard?

Remote control: why is turning on the TV still so hard?

Ancient technology still dominates, but there's hope for the future

As Microsoft, Apple, Amazon, Google, and many other players all battle for control of the boxes and the content ecosystems that sit next to your television, there's an equally important fight to sell you the device that sits next to your couch: the remote. The basic concept of a "universal remote control" may have reached critical mass years ago, but many companies have bigger plans for the gadget you actually use to interact with your entertainment system. Eventually, you may not even need any gadget at all.

Today, though, the story isn’t pretty. The unsightly basket of outdated and poorly-designed remotes found in most homes can be replaced with something more elegant, but just barely. Even the most sophisticated universal remotes sold at retail rely on antiquated setup processes that are anything but user friendly. And sadly — even now, in the age of ubiquitous Wi-Fi — the universal remote market still is tied to the control method most home entertainment system components depend on, the lowly infrared beam. It’s the same infrared we’ve been using for remote control since the 1980s, and it’s still fraught with negatives: it requires a line of sight to the box you’re trying to control, it’s incapable of transmitting large amounts of data quickly, and it’s susceptible to jokers with TV-B-Gones. 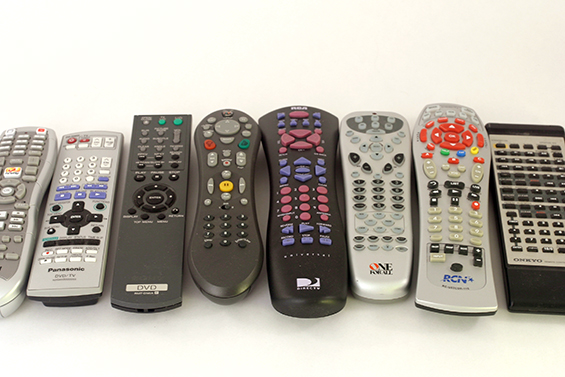 How has there been so little innovation in half a decade?

Luckily, many companies have successfully compiled all the necessary codes from the ocean of set top boxes and televisions on the market, so programming a universal remote usually doesn't require "teaching" it anymore. The best widely-available universal remote out there right now is probably still Logitech's Harmony One, which combines a hand-friendly shape, well-placed physical buttons, a small touchscreen, and a computer-based interface (albeit a terrible one) for programming it all. The setup isn't especially easy, but it does give you a one-stop place for all your IR-based control needs.

But shockingly, the Harmony One was announced almost five years ago. How has there been so little innovation in half a decade? Here we are on the cusp of 2013, and for users, attempting to move beyond the aging Harmony One remains a recipe for pain and suffering. IR blasters, repeaters, poorly-conceived touchscreen-only remote interfaces, and even worse ideas continue to dot the landscape.

Many of these solutions try to graft their controls onto existing smartphones and tablets. The Peel, for example, is one of several IR blasters that sits on your coffee table and is controlled by an Android or iOS device. In practice, it can be a frustrating solution compared to a simple remote, which is always on and ready to change volume, pause, and so on without requiring you to power on your phone, unlock it, find the app, launch it, and then stare down at the interface to tap a button.

SmartGlass feels very much like the future of the remote control

While interoperability and usability compromises have kept touchscreen and other advanced remotes from taking on the mainstream, there is hope on at least two fronts. On one end of the spectrum, Microsoft recently launched SmartGlass, a controller of sorts for the Xbox 360 — the console that has reinvented itself numerous times over its seven-year lifespan, evolving from a game machine into a competent set-top box. The application turns your iOS, Android, Windows Phone, or Windows 8 device into a remote touchpad capable of navigating the Xbox 360’s menus; you can also use it to see video rental selections, browse music, and get enhanced controls for certain albums, videos, and apps that have been built specifically to take advantage of SmartGlass. In many ways, it feels very much like the future of the remote control. 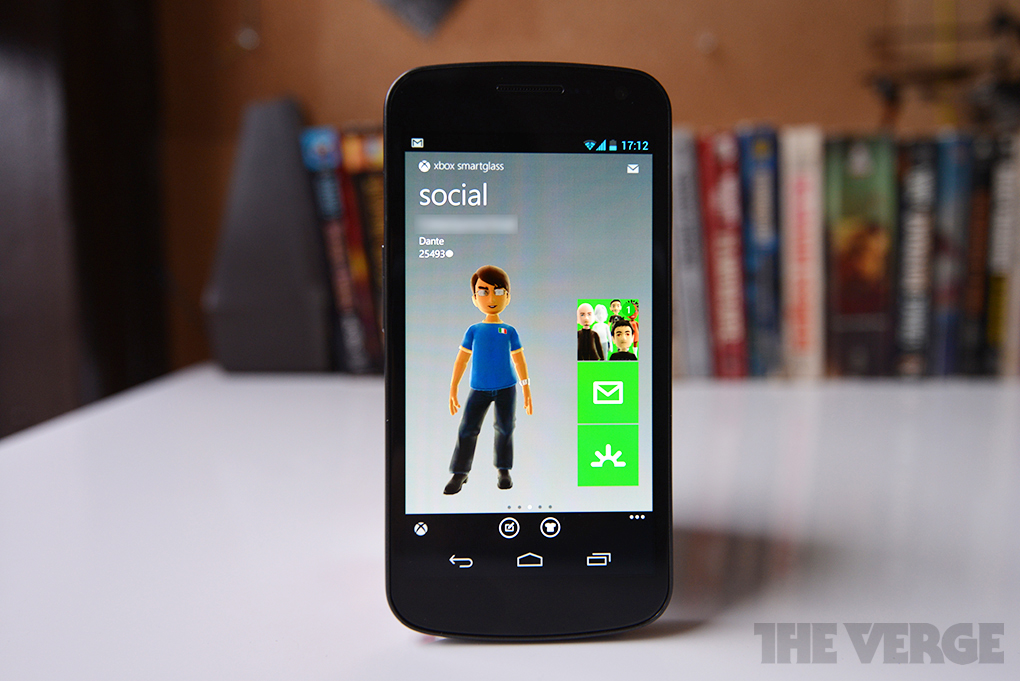 SmartGlass capitalizes on two trends: one, the ubiquity of Wi-Fi; two, the relatively safe assumption that every Xbox owner on his or her couch has either a smartphone or tablet (or both) nearby. In general, uptake of Wi-Fi in the living room has been an awkward progression over the last decade — slowly, most home entertainment components have found one reason or another to integrate it, and we’re finally at the point where even midrange TVs, Blu-ray players, and AV receivers have it (or, at the very least, a wired Ethernet connection).

But the use of phones and tablets to make SmartGlass a reality is a little more controversial. It’s certainly not a new idea to repurpose a touchscreen device you already own as a remote control, and there are very compelling reasons why it hasn’t been a wildly successful venture: your remote should always be sitting on the table or couch, waiting for your command. Remotes should last longer (preferably way longer) than a few hours on a charge. And perhaps the thorniest issue is that remotes need real, actual buttons for key functions like channel, volume, and basic transport controls. Obviously, you can make virtual buttons on the touchscreen for all of these, but then you’re forced to look at two screens at once: the phone or tablet to make sure that your finger is targeting the right button, and the television to make sure you’re doing what you want to do. Even touchscreen-centric universal remotes like Logitech’s Harmony 1100 have a basic set of physical buttons for this very reason. 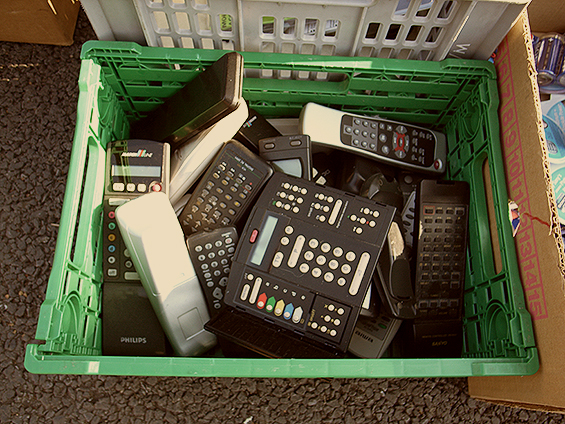 But what if we just got rid of the remote control altogether?

But what if we just got rid of the remote control altogether? Coincidentally, Microsoft helped spearhead that, too, with the Kinect system, which made it practical for the first time to control console games without holding any controller whatsoever. TV makers like Samsung have since started integrating Kinect-like gesture control into their sets, placing small cameras above the bezel that track movement — all it takes is a wave of a hand to select a menu item or adjust volume. If you need to do something a little more complex, voice control is available as well.

Regardless of how we solve it, the modernization of the universal remote is an initiative that isn’t just going to go away: it’s not unusual to have a Blu-ray player, Xbox 360, Apple TV, and cable box all connected to your TV set, possibly with an AV receiver as a middleman — and it’s a nightmare to have to control them individually, remembering which box is connected to which input each and every time. Yes, Harmony has perhaps the most traction at the moment, but it could be a fleeting victory if Logitech doesn’t recognize the need to drag these devices kicking and streaming into the 21st century. Standards for controlling boxes over networks — which could enable great things like universal gesture-based controllers, for instance, that could interact with every device in your AV rack — is something that remote vendors, component makers, standards bodies, and consumers all need to be demanding. As decent as the Harmony One might be, no one wants to be using it for another ten years.