Microsoft Research bets on a 'no-touch' future of wearable devices

Microsoft Research bets on a 'no-touch' future of wearable devices

Microsoft's Research team in Cambridge opened its doors last week to offer a sneak peek at the future. Microsoft has spent nearly $30 billion on research and development over the past three years, and this particular lab — consisting of over 100 researchers mainly from Europe — has contributed to Bing, Xbox Kinect, and the functional programming language F#.

Microsoft is now looking well ahead into the future of computing and how user interfaces and the way we interact with machines will change. During an open house, the software maker demonstrated a variety of ways that the company is looking to improve its Kinect sensor and use it for an augmented reality future. From Kinect Fusion, that creates an interactive real-time 3D model of the environment, to Kinect-infused augmented projectors, where projection-based devices are "aware" of their environment — Microsoft is focused on a world of sensors and cameras. 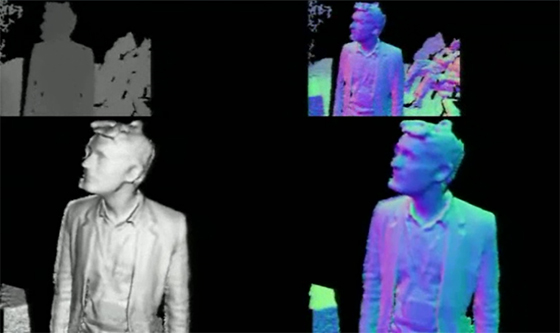 "In the future we will see more and more, we believe, of no-touch computing," says Andrew Blake, a Microsoft Distinguished Scientist and the Laboratory Director of Microsoft Research Cambridge. "There is something rather compelling about such a free style of interaction, breaking free from the desktop and being much more expressive." This type of interaction was originally applied to Microsoft's Kinect camera for gaming, a popular accessory that took the idea of controller-free gaming to the masses. It's now crossing over to additional devices that might serve to assist Kinect in mapping out the real world for a computer.

Microsoft Research has developed a wrist-worn Digits system that's designed to track hand motions for improved virtual navigation. The company combines an infrared laser, camera, and diffuser to create Digits, which is able to detect movement as the wearer's individual fingers. I got to see this technology in action during a demo and it seemed clear to me that I could be witnessing a future Xbox accessory. Blake remarked that the technology is "exploratory at the moment, but it's at the stage where people are perhaps a little surprised that you could do that so easily."

The hardware itself is clunky and requires a connection to a PC, but it's easy to see how this could be improved and sold as an accessory to aid augmented reality scenarios. "If we really wanted to do that we'd have to get into the engineering and make it beautiful and lean, but it's a fascinating possibility and who knows if it's the right one," says Blake. 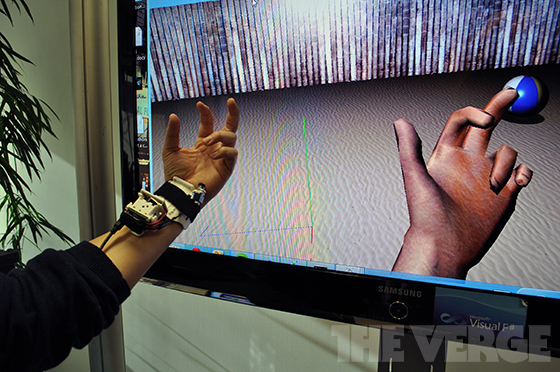 It's also a great example of Microsoft's no-touch future. These researchers are clearly focused on bringing to life some of Microsoft's future visions. Blake claims the next generation is a no-touch one. "We're just beginning to scratch the surface of that with Kinect," he believes, and work like Kinect Fusion, Beamatron, Holodesk, and Holodeck prove that the company is serious about realizing its vision. "You can see to some extent to what we must be thinking because you can see what companies we've acquired or that we have agreements with that are in the 3D business."

A pattern is emerging, does it point towards Xbox?

Looking at the work Microsoft is doing on the research side, it's easy to witness a pattern emerging. A strong focus on augmented reality projects suggest that Microsoft will pivot this way soon. "Maybe the next big thing is going to be around augmented reality," says Microsoft's Shahram Izadi, who co-leads the interactive 3D technologies group at Microsoft Research Cambridge. "Let me make that claim, because it is about drawing the physical world into the user interface and its about the user interface coming out into the real world. It's about these two worlds colliding and merging together." 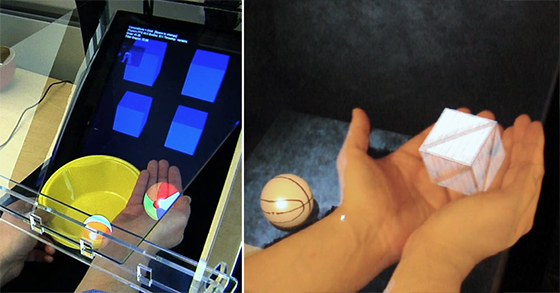 A recent leak of future Xbox plans showed that Microsoft was investigating a Kinect Glasses scenario (known internally as Project Fortaleza) that would enable augmented reality in the company's next-generation Xbox console. "We don't have anything in the lab going on here particularly on glasses, no," says Blake, but that doesn't mean other areas of Microsoft Research aren't investigating this use.

Kinect Glasses and wrist-worn accessories are the future

Google has its own glasses project, but Microsoft's Shahram Izadi isn't that impressed. "They're really fixated with it, it comes out of research that happened by Thad Starner," he says. Discussing the pros and cons of wearable computing, Izadi mentioned that wearing glasses is the equivalent of someone being on a mobile phone and constantly glancing down instead of talking to you. "I think technologies have to be social, they can't hide you away from the real world." Bluetooth headsets never really took off and there's a challenge in getting users to wear a device, says Izadi. "You're in the world of what society thinks, that's a tricky world."

Despite this, exercise tracking systems like Fitbit and Nike's FuelBand have proved popular. According to multiple sources familiar with Microsoft's Xbox plans, the company is testing its own fitness accessory for Xbox and Windows. Described as a flat touch screen accessory that sits on an inch-wide nylon arm band by sources, it will include bluetooth and GPS to track movement for Microsoft's Kinect PlayFit system. This type of accessory could set the stage for additional devices that work as sensors across Windows, Xbox, and the real world.

Microsoft's innovative products don't always hit the shelves though. A brave project to reinvent the use of paper and note taking, codenamed Courier, was killed off as it didn't align with Microsoft's focus on its Windows operating system for tablet computing. "In the same way that Courier kind of inspired, that's one of the things we can do as a research group, inspire the thinking around future products," says Izadi. " Our job is not actually building products directly," he adds, but we suspect that Xbox will be the first beneficiary of all this hard work towards a no-touch future. In the same way that Kinect introduced a new way to interact with computers, Microsoft is hinting at the future with its research projects — a future that we're bound to start witnessing really soon.