Sony announced a massive overhaul of its PlayStation Store early last month, and though it experienced some delays getting here the revised storefront is now available to US gamers. Upon launching the store you'll be prompted to download a relatively small update that brings with it an entirely new (and intensely visual) interface. Gone is the blue, static design of old; it's been replaced with a horizontal browsing scheme that incorporates some impressive parallax effects and other visual flair. Comparisons to Microsoft's Xbox Live Marketplace are perhaps inevitable, but Sony is doing some unique things here. 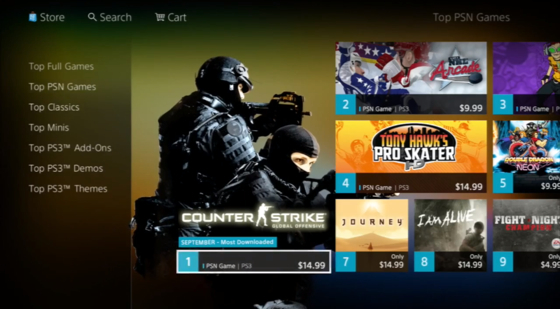 But we care more about functionality than form in this case and thankfully things have improved tenfold on that front. Thanks to a streamlined menu layout, it's now easier to find whatever it is you're looking for in the store's various subsections for gaming, movies, and TV. Those improvements are particularly noticeable when browsing DLC and other game add-ons: extra content is conveniently listed right on a game's main page along with trailers and an overall rating from PSN users.

A more sensible approach to search

Whereas the old store saw users hammering the circle button to return to a previous page, you'll rarely hit a dead end when navigating the new layout. When you reach the end of one list, Sony wisely steers you toward another with links to recent store additions, popular downloads, and other rankings. And should you need to manually search for something, that's gotten faster too. Sony has ditched its traditional PS3 on-screen keyboard in favor of a new method that instantly displays results after each letter you choose. 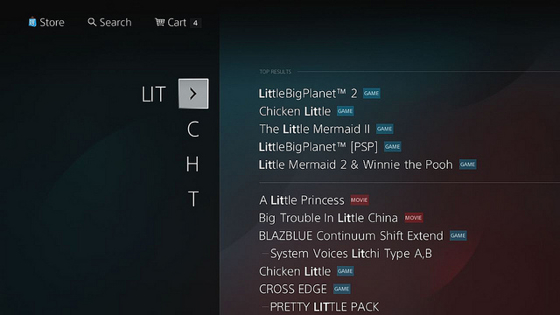 It's not all good news, though. One area where the PlayStation Store seems to have taken a step backwards is in responsiveness. Loading the updated app for the first time seemed to take an ungodly amount of time, and Sony's heavy reliance on graphics means you could see less-than-stellar performance depending on your connection speed.

Even so, we prefer the new interface over its former incarnation by a wide margin. Though it can be a bit too busy at times, Sony's new design exudes a modern feel — one we frankly wish it would bring to the PS3's core operating system. Sadly we don't expect a revamp of that aging cross-media bar anytime soon, but if this is a hint of the aesthetic gamers can expect from an eventual PlayStation 4, Sony's on the right track. For a full walkthrough, check out the video below courtesy of PlayStation Blog.