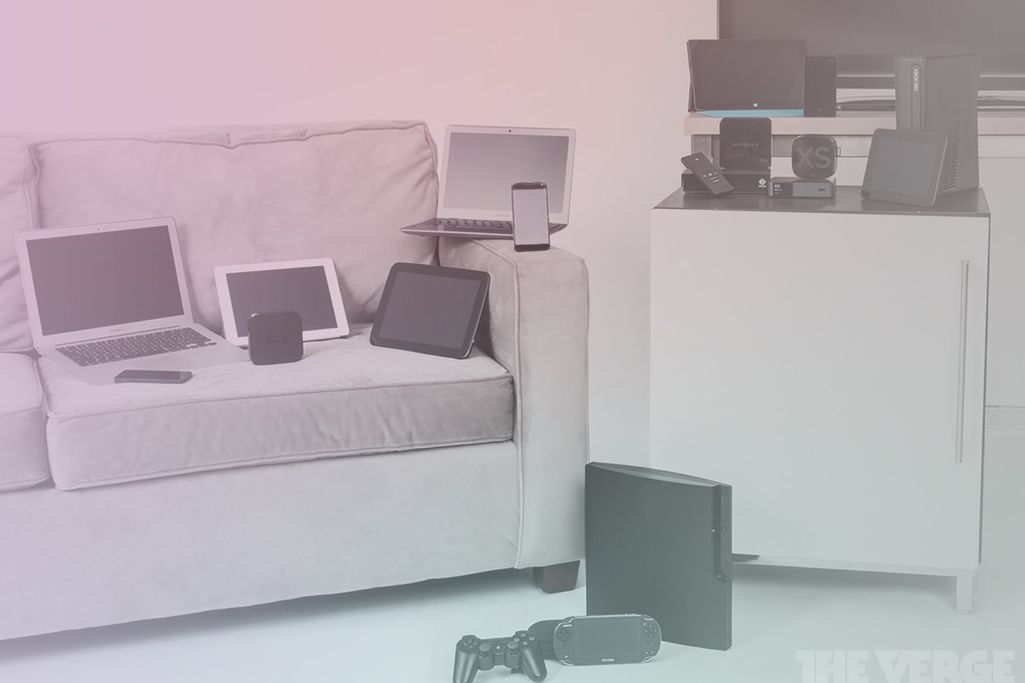 We’ve spent the last week and a half digging into the players, companies, and history of the ongoing battle for the living room. To see where television could go next — and why it’s been stuck for so long — we spoke to to everyone from the Boxee CEO Avner Ronan and Vizio CTO Matt McRae to The New Yorker’s TV critic Emily Nussbaum and former FCC Chairman Michael Powell.

Almost every major player in the tech space is competing to disrupt the space, but even the best minds at Apple, Microsoft, Google, Sony, and Amazon haven’t been able to figure it out. None have been able to offer the perfect mix of live television, premium shows, and sports that the cable industry has locked down. Things are hardly settling down, with sources confirming confirming that Microsoft’s planning a set-top box in 2013, and there's always the ever-present rumor of a TV from Apple on the horizon.

Below, we've gathered up a week of living in every ecosystem, interviews with seven key voices in the industry, and in-depth reports on everything from ESPN's lock on the future of live sports to international perspectives on the state of TV in the UK and Japan.

Introduction to the war

Over the top: the new war for TV is just beginning

Smartphones and tablets might have evolved into the apex predators of the technology jungle, but the cable DVR is the mutant fish at the bottom of the ocean that breathes sulfur instead of oxygen.

jack of all trades, master of none

Living with the Xbox 360

how Microsoft's trojan horse took over your living room

if it’s (legally) available online somewhere, there’s a good chance you can stream it on Xbox 360.

a glimpse of the future, but not a cable-killer yet

Living with the PS3

living entirely in Sony’s world feels like a hard sell.

you get what you pay for

If it came down to just one device, Apple TV would be the best choice

Living with Roku and the rest

indie streaming boxes offer a lot of choice without many options

they’re not quite there just yet.

'I'm not sure people want everything on demand'

"They probably need to rebrand Xbox."

'We better be the ones to cannibalize ourselves'

“I don't give a shit how the TV signal gets to me, it just gets to me”

'What's the difference between a tablet and a portable TV?'

"TV should be everywhere, it should be ubiquitous. A truly successful service has to be device-agnostic and run on all the devices."

"Every single year the intensity of the relationship between viewers and creators has gotten more and more powerful and more and more complicated."

'Cable companies are at the mercy of content companies'

Why Aereo scares the broadcast industry

The trouble with TV apps

The beauty of Wii U

Nintendo knows how to go all in on a gimmick

why is turning on the TV still so hard?

"How has there been so little innovation in half a decade?"

Valve’s Big Picture could be a Linux game console

the country of the future remains stuck in the past

can the Brits succeed where the US has failed?

"We desperately need to know which of the ten thousand stories we hear every day is most important, and why."

Is Netflix a house of cards?