Born on the web, Tumblr meets the challenges of going native on iPhone

Born on the web, Tumblr meets the challenges of going native on iPhone

"It’s hard to ignore how focused and intimate our time is with our phones," Tumblr lead designer Peter Vidani says. "You’re a lot closer to your content. You’re often by yourself." Since Tumblr adopted Tumblerette as its own iPhone client back in 2009, Vidani’s been in charge of creating a visceral mobile experience for a site growing at warp speed. The company recently released version 3.2 of its app — its first venture off the web and into the language of desktop and mobile applications. Tumblr’s new app only took a few months to build, but required a strange and new way of looking at things on the part of its creators. A site that got its sea legs in the hyper-flexible world of web browsers has grown up and gone native. 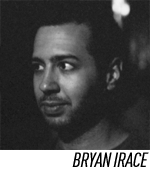 Up to this point, all the content in Tumblr for iPhone lived inside a "webview" — a feed pulled down from the web that the app turns into posts, re-blog buttons, etc. "Webviews can go a long way," engineer Bryan Irace says, "but we want to be the first app you use when you wake up in the morning and go to sleep at night." While at first this model made sense, since Tumblr allows for such a range of content types like photos, videos, GIFs, chats, and other HTML knicknacks you can come up with, webviews have limitations at large scales — a lesson that Facebook learned the hard way. For years Facebook was criticized because its iOS app was impossibly slow at downloading images, and thus became a poster boy for when the "one HTML 5 app for all platforms" solution doesn't work. In late August, Facebook released a new, faster native app to much praise and fanfare. Irace spent the last three months simply (actually, not so simply) rebuilding Tumblr for iPhone as a native app — written in the language of Apple’s iOS operating system. The app doesn’t look a whole lot different, but is far more responsive to your gestures, swipes, and taps.

"What matters more is that it’s fast."

One of Tumblr’s most compelling features is that it grants users the ability to drop all kinds of crazy HTML inside posts — which Tumblr discovered ends up being a bit of a pain inside a native app. "We have wildly varied types of content," Irace says, "and there are so many different possibilities — but the browser does all the work." In Tumblr 3.2, the app itself does the heavy lifting, downloading posts of all shapes and sizes and attempting to make them look legible. "There’s something like 32,000 combinations of what a post can be since we give you the freedom to apply your own style and formatting to posts," Vidani says. "The number of things that can be inside a Tumblr post is the limit of your browser window." When an iPhone app like YouTube pulls down a video, the app slots content into various "fields" like Title, Thumbnail, Username, and the video itself. When the new version of Tumblr pulls down content, it can be in any number of codecs, fonts, sizes, colors, and formats. Irace had to painstakingly spend the last month implementing his own version of how a web browser decodes different kinds of Tumblr content, but he knows the company’s bet on flexibility will be worth it. "Native is a great buzzword, especially in the wake of Facebook’s new native app, but the word isn’t important," Irace says. "What matters more is that it’s fast." 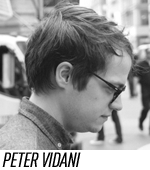 Alongside very evident performance upgrades in the app, Tumblr also added features like blog avatars, notification previews, a more visible attribution system, a new back-swipe gesture, and the ability to drag your finger along a GIF and scrub it at any speed you’d like. Tumblr engineer Devin Doty was responsible for the "GIF manipulator," or whatever you’d like to call it. "Devin’s a quiet dude, but he understands the way photos work with your phone memory," Vidani says. "He understands images as well as you possibly can." On such a visually-oriented site like Tumblr, Doty’s skills have frequently come in handy — especially when it comes to JIFFS, as Vidani calls them. "That’s what the inventor of GIFs called them," he proudly states, "but I won’t correct anyone if they say it wrong."

Vidani and company's meticulous focus on fine details and community-building has helped Tumblr bloom into a site filled with more than 35 billion posts on 81 million blogs. What began on the web didn’t transition to the small screen as tumultuously as he may’ve imagined, however. "I don’t feel that Tumblr is the web," he says. "Tumblr is the community. Anyone could copy our user interface. We are much more than the medium." Tumblr’s new iPhone app, as well as Photoset, an app it launched in mid-October, demonstrate that Tumblr’s as pliable as the hundreds of thousands of memes that permeate its pages every day. So what’s the hardest part? "I spend two days on something, and [our engineers] spend two weeks of their lives building it," he says as he winces. "But I’m not working with builders. I’m working with people who are critical, and are inventing along with me."