There's nothing like the challenge of the "content" gift. Granted, it's often more affordable than a new camera, but there's that little thing called taste. Choose a book well, and you may inspire a friend to look at writing in an entirely new way. Gift the wrong album, and you could end up never talking about music again. After plugging the Verge staff into our Recomendo5000 — ten thousand times more accurate than Pandora's recommendations — we've come up with a list of music, games, movie, TV, and book recommendations perfect for the picky humans in your life. 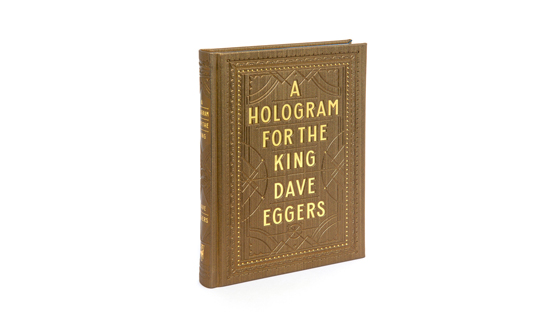 A Hologram for the King by Dave Eggers

E-books don’t make the best gifts. The physical world still has some cachet, and with Dave Eggers’ A Hologram for the King, you’ll be able to present your favorite reader with a beautifully designed work and a great read. The story follows a middle-aged consultant, who in his later years is drifting into Willy Loman territory. The plot might sound like an Issue Novel — and it is — but Eggers, with a newly sparse style fitting his desert setting, handles his characters with aplomb. A Hologram for the King is a great story, full of pathos and passion. 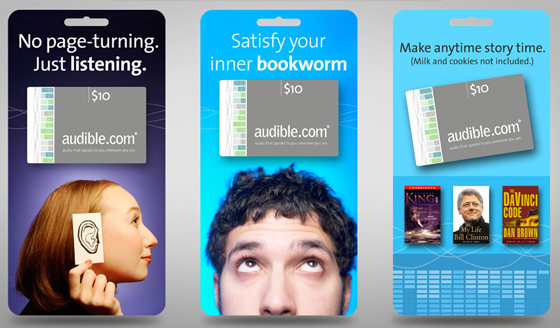 Audible’s 100,000-plus library of audiobooks can be a revelation for the modern busy, information-saturated person. Gift memberships cost $15 per month, which comes with credit for one book per month. Members can also apply their credits to audio subscriptions to newspapers, or radio and TV shows. 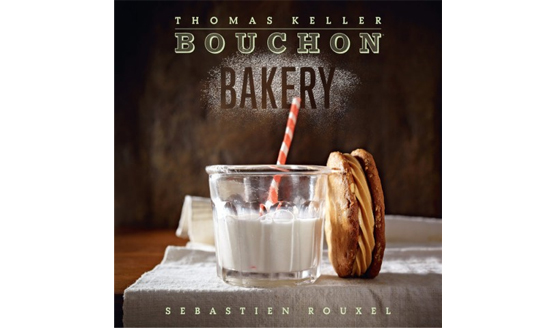 Wunderchef Thomas Keller has released a gloriously food-pornographic cookbook for each of his three acclaimed restaurants. His latest is also the sweetest: recipes and mouth-watering pictures of the baked treats at Keller’s Bouchon Bakery. The book attempts to share the secrets of high-end baking, detailing the vagaries of puff pastry, croissants, and Bouchon’s perfect macaroons — but it also makes pretty good eye candy. 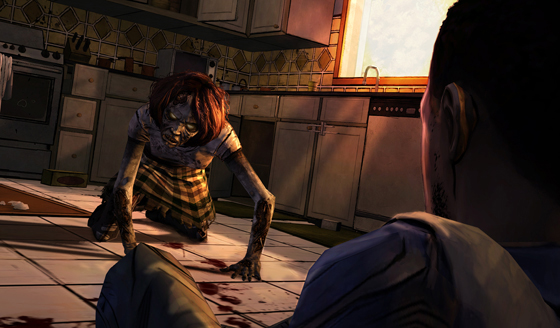 The Walking Dead game, season one

The first season of Telltale’s The Walking Dead is a rare beast: a licensed game that’s as good (and possibly even better) than its source material. Over the course of five episodes, the series takes you on a zombie-filled roller coaster, but what makes the game special is the way it forces you to make choices that impact how the story plays out. People will die, and it’s often because of a decision you made. The entire season is out now — you can either give a digital copy through a service like Steam, or pick up the retail version for PlayStation 3 and Xbox 360 on December 4th. 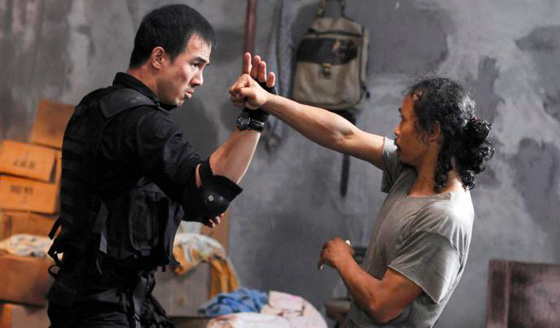 Who would have imagined that the best action movie of the year would come out of Indonesia? In The Raid: Redemption, Gareth Evans takes the genre back to basics with its simple plot, tight execution, and wonderfully played out set pieces, all while playing homage to classics likes Die Hard and Hard Boiled. Don’t be intimidated by the movie’s need for subtitles: the actor’s fists do most of the talking anyway. 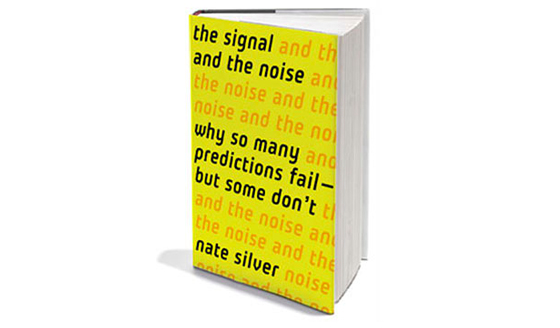 The Signal and the Noise by Nate Silver

One of the biggest stories of the 2012 election season was how data analysis trumped conventional political prognostication — and the face of that movement was FiveThirtyEight’s Nate Silver. In his debut book, The Signal and the Noise, he delves into the successes and failures of our predictive systems — covering everything from baseball to Deep Blue’s win over chess champ Garry Kasparov. According to our latest polling data, there’s a 90.9 percent chance the data and political junkies on your gift list will love it. 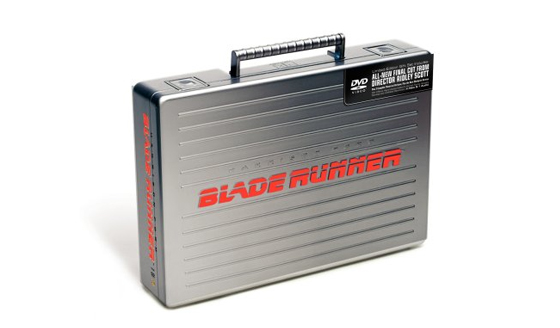 It’s the world’s longest-running argument: which Blade Runner cut is best? With the Ultimate Collector’s Edition, you get five different versions of the classic film, including Ridley Scott’s “Final Version.” There’s also lots of commentary about the sci-fi epic, from nearly everyone involved with the movie’s production. Watch everything on all five discs, and decide for yourself which cut is THE Blade Runner cut. Then let us know so we can settle our own argument. 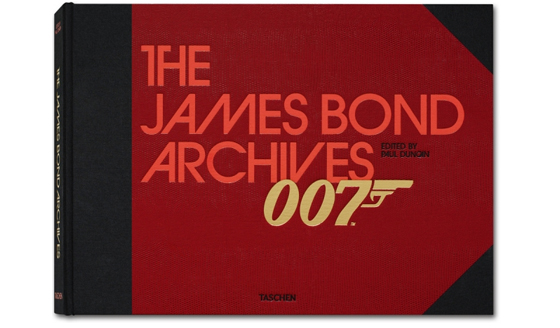 This year marks a half-century since Sean Connery first showed us into the world of James Bond. The James Bond Archives is an incredibly detailed history of the franchise’s first 50 years — there’s an oral history, lots of previously unpublished photos, and a detailed story of every film. It’s not for the faint of heart, but it’s an unbeatable gift for a diehard Bond fan. 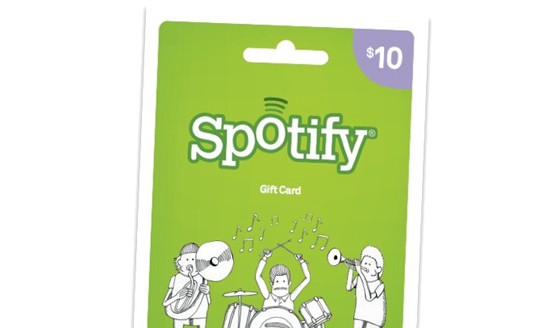 Spotify gift cards might not seem like the most personal of gifts, but you can fix that by buying one for somebody who's still struggling with managing an MP3 library full of dupes and old music. So don't just hand over the card — offer to explain and set up their phone and computer with the streaming music service, and then watch them enjoy their iTunes-free future. 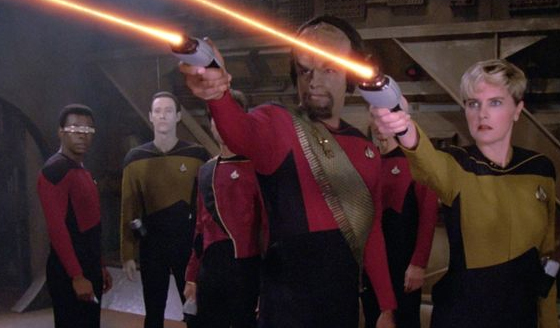 Star Trek: The Next Generation Blu-ray

If you didn’t know, the classic Star Trek: The Next Generation TV series is slowly getting released on Blu-ray, season by season. Episodes have been digitally remastered in 1080p with plenty of extras, and for any Star Trek fan (or just a fan of good TV), they’re a real treat. The box set for Season One runs nearly $70, but those enhanced special effects are worth it. 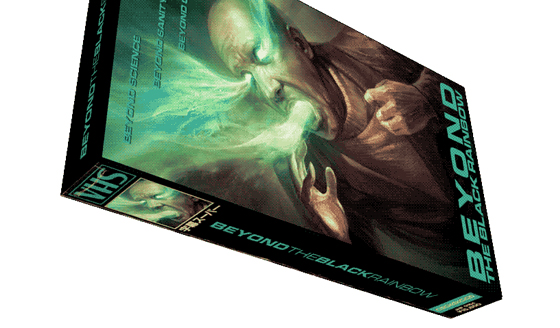 Beyond the Black Rainbow

A sci-fi film for someone who’s seen it all. Falling somewhere between Holy Mountain and THX 1138, Beyond the Black Rainbow is a throwback to the experimental films of the 1970s. It’s graphic, disturbing, and incoherent at times, relying heavily on visual metaphor to advance a somewhat abstract narrative. The result will satiate even the most die-hard sci-fi fan’s appetite for something fresh with striking cinematography and excellent sound design. Others may find it completely nonsensical, but hey – that’s part of the allure. 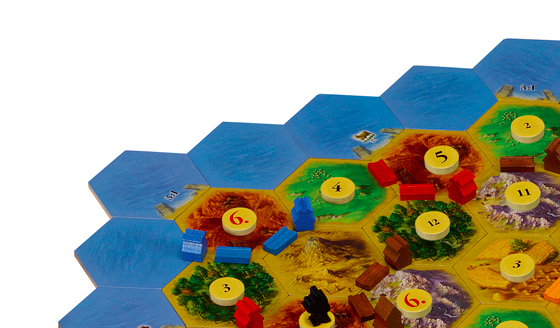 At once eminently less portable and eminently more cool, the all wood 15th Anniversary Edition of Settlers of Catan will make anyone’s largest army all the more impressive. A Verge office favorite, Catan is an easy buy for any board game enthusiast, and the anniversary set includes enough pieces to play the 5-6 player extension. They’ll look cooler than ever cornering the world’s sheep supply. 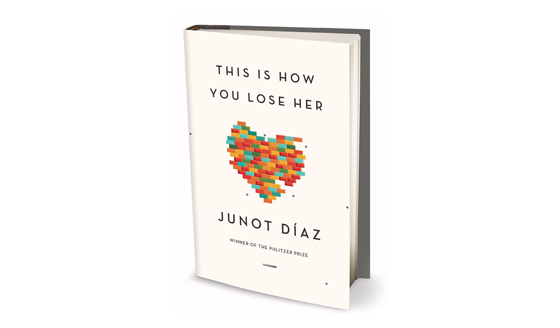 This is How You Lose Her by Junot Díaz

Don’t take the breakout bricks on the book’s cover as a sign of pseudo-geekdom — Junot Díaz can run nerd circles around you in two languages, and to prove it he opened his Pulitzer Prize winning novel with a Fantastic Four quote. This is How You Lose Her continues the story of Díaz’s longtime protagonist Yunior, or as he puts it, “the typical Dominican man: a sucio, an asshole.” It’s easily among the best short fiction this year. 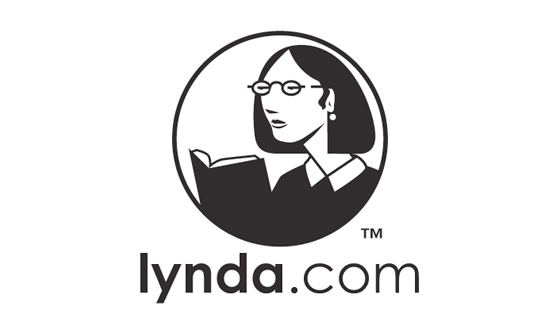 Lynda.com has built up a reputation as a leading online software training site, with some 1,500 courses that will teach you everything from After Effects to PHP. Memberships don’t come cheap, but a complimentary 7 days of access to all the material can help you decide if the site has what you’re looking for. If your special someone is always poring through a new programming book or even just learning to code for the first time, lynda.com’s video lessons are a great guide through uncharted territory. 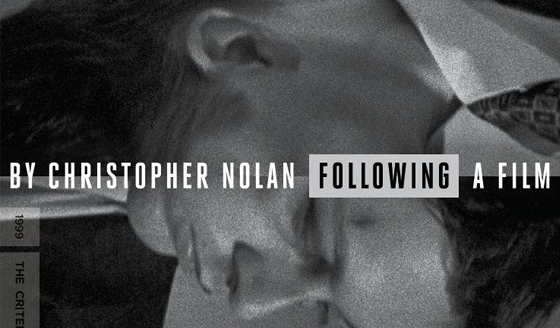 You really can’t go wrong with Criterion Collection Blu-rays for the cinephile in your life. Following is an especially good choice for budding filmmakers, as it shows Christopher Nolan’s humble beginnings with a 16mm camera and a lot of determination. The story, a twisty neo-noir about an aimless young writer who begins following strangers around London, features the same deft fragmentation of later work — and Nolan’s commentary (a rarity) explains just how he did it. 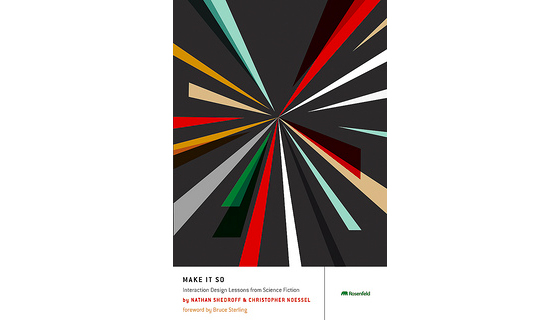 Make It So: Interaction Design Lessons from Science Fiction

We love arguing science fiction and “science fact” — to use a phrase we’ve thrown around on The Verge from time to time. Make It So is Nathan Shedroff and Christopher Noessel’s attempt to highlight all the interface designs we see in sci-fi and draws connections to how these lessons could apply to real-world design. The beauty of the book is its accessibility — it’s not a deep dive so much as it is an introductory course with a pop culture hook. Plus, pictures! 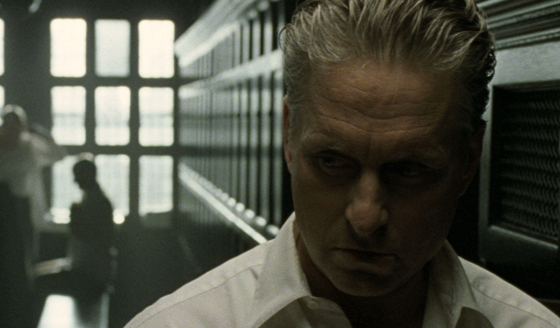 David Fincher’s classic puzzle piece, The Game, finally gets an equally chilly Blu-Ray edition from Criterion. $32 buys you five different commentary tracks and four different storyboard breakdowns. In case you like to obsess over that sort of thing. Which you should. 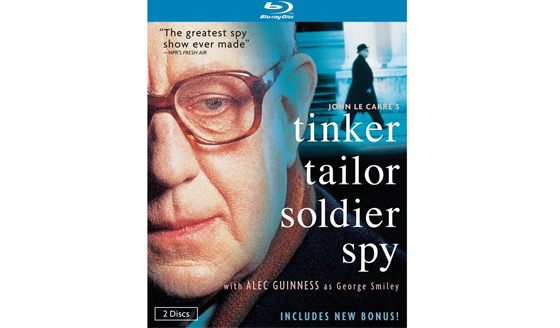 The latest Skyfall may be one of the better recent journeys into the world of Bond, but it’s worth looking back to John le Carré’s classic novels for something more. Tinker Tailor Soldier Spy’s aging Cold War bureaucracy of MI6 lacks Bond’s cars, drinks, and action — but in return you get fully realized characters, deeper stories, and labyrinthine post-war intrigue. Way before The Wire and Breaking Bad, the BBC’s 1979 production of the novel featuring none other than Alec Guinness showed the slow burn potential of TV miniseries. 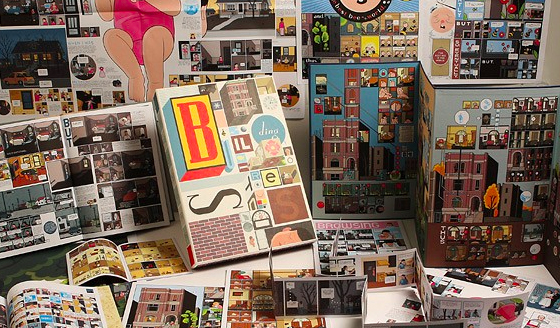 After over a decade, Chris Ware is finally back with the new Building Stories graphic novel, which comes in the form of a box packed full of several pamphlets, newspapers, and books. Stories, characters, and moments trudging weave through the different forms of media with no marked beginning or end, and Ware’s trademark mastery and exploration of architecture — and what’s going on inside — builds on his groundbreaking Jimmy Corrigan: The Smartest Kid on Earth. 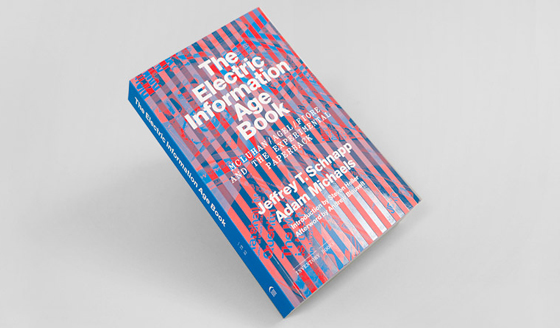 There’s no historical period we understand less than the one that made us, us. The Electric Information Age zeroes in on the late 1960s and early 1970s, when the power of electronic media was first seeping into the public consciousness. It takes the obscure arcana of the moment — namely, experimental book designs by graphic artists like Quentin Fiore, who collaborated on Marshall McLuhan’s groundbreaking (and bestselling) The Medium Is the Message in 1967. It deftly combines the zeitgeist with the scholarly scrutiny of a small but key moment in history. 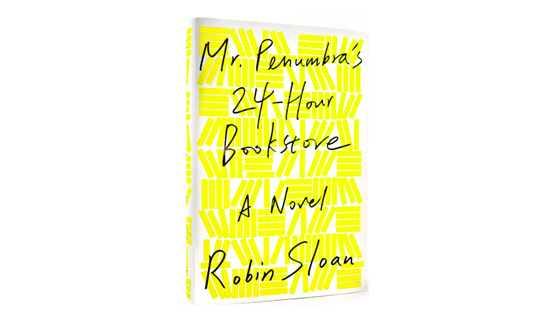 It’s a love story. It’s a heist story. But Mr. Penumbra’s 24 Hour Bookstore is also a thoughtful look at the magical side of our technological present, and the deep resonances of our long-forgotten past. I’ve never read another book that makes using Hadoop feel like the arcane sorcery that it really is. It’s also a book with a soul. Whether you’re fully immersed in the technology universe, or a little bit bewildered and skeptical of everything that’s out there, this first novel is a treat. Your parents, your boyfriend, your favorite technology writer will all love it. 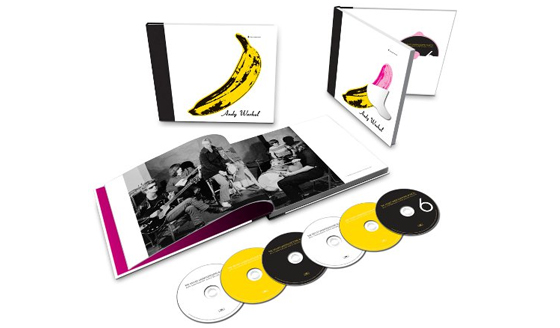