Digital cameras have been one of the most popular holiday gifts for over a decade, and they are still desired by gift givers and gift receivers alike. Now more than ever, it can be difficult to decide which camera to get someone, as the market is seemingly saturated with cameras of every size, spec, and shape. We’ve rounded up the best cameras across a few categories to help guide your purchase, with alternative options that you may not have considered when you initially started your hunt for the perfect camera gift.

The inexpensive point and shoot market has been shrinking over the past few years, but the tiny cameras are still in high demand and can offer you great photos from a small package. Plus, you don’t have to use up your smartphone battery snapping pictures. Currently priced at $179.99, the Canon ELPH 110 HS is our pick for the best camera under $200. The 110 HS won’t win any awards for its low light performance, but given its relatively low price and solid history (the ELPH line has been around forever), there’s little to complain about here.

Editor markup for the review scorecard of Sony Cyber-shot RX100. This is only visible in the story editor.

A compact camera that takes pictures that rival much larger cameras, the Sony RX100 won our hearts when we reviewed it, and it has become the camera of choice for many on The Verge staff. Sony’s managed to crack the proverbial nut, producing a eminently pocketable camera that houses an exceptionally large sensor and fast lens. At $649.99, the RX100 isn’t cheap, but when nothing but the best point and shoot will do, it’s the one that needs to be under the tree

Editor markup for the review scorecard of Canon EOS Rebel T4i. This is only visible in the story editor.

For those that are looking to give a camera that offers more control and greater expansion than you can get with a pocket cam, the Canon Rebel T4i is an excellent DSLR. The Rebel line has always offered rock-solid image quality, a wealth of lenses, and the ability for both beginners and more experienced photographers to just pick up and shoot. First time DSLR owners will be well served by the basic kit lens, but once they outgrow that, Canon offers nearly every type of lens and accessory that can be used to expand their photographic chops. 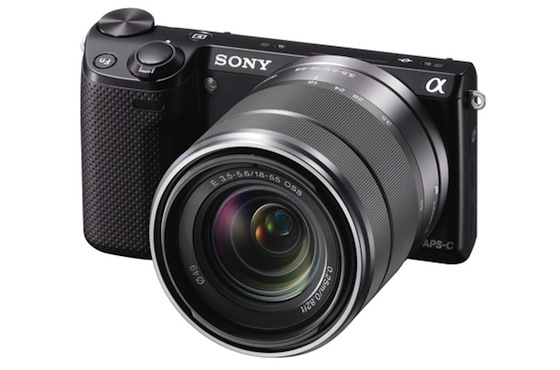 In recent years, an emerging segment of the camera market has started offering image and video quality rivaling DSLRs — plus the ability to change lenses — in a much more compact package. The interchangeable lens camera category is increasingly crowded, but Sony’s NEX series tend to stand out. While not quite as small as the RX100, the $649.99 NEX-5R lets you swap lenses for various purposes, as well as add external microphones and flash units when necessary. The NEX lens assortment isn’t quite as good as a traditional DSLR system, but most beginning photographers will be able find what they need.

Editor markup for the review scorecard of Apple iPod touch (5th generation). This is only visible in the story editor.

If you still haven’t decided on which camera to get that special someone this year, consider the Apple iPod touch. For $299, the iPod touch features an impressively capable 5-megapixel camera, and can record 1080p HD video. But where it really comes into its own is what you can do after you shoot. Plenty of cameras offer built-in filter and processing options directly on the camera, but none of them compare to the wealth of iOS photography apps. Plus, the iPod touch makes it incredibly easy to immediately share your photos to Twitter, Facebook, Instagram, or virtually any other social network that exists. The iPod touch does show its weakness in poor lighting, but it’s an excellent connected device and a surprisingly good camera.