It's a slightly odd time to have a gamer in your life, since two of the three major consoles appear to be only months away from a huge revision. The flood of great games never slows, though, and there are plenty of new titles to hold over even the most avid player. Plus, Nintendo's Wii U is now out, and as we found in our review the console has plenty of potential — and it's already great, when its games take advantage of what it can do. Whether you're looking to give someone their next Halo fix or get them into a whole new way of gaming, there's plenty to buy this season.

Editor markup for the review scorecard of Nintendo Wii U. This is only visible in the story editor.

Nintendo is first out of the gate with the new generation of consoles, and while the Wii U isn't perfect, it definitely has the potential for some unique gaming possibilities. Core to the console's appeal is the new, tablet-like GamePad controller, which acts as both a second display and a touch screen input. Some games, like Super Mario Brothers U, let you play exclusively on the controller — opening up the television for sportsball events and other programming. So far only a few games make smart use of the GamePad — in particular Ubisoft's horror title ZombiU — but, at the very least, you'll have the usual stable of solid Nintendo titles to look forward to. We recommend going with the $349.99 "deluxe set," which gets you four times the storage space of the base model as well as a copy of the mini-game collection Nintendo Land, for just a $50 premium. Seriously, don’t buy the the “basic” model unless you really like glossy white.

Editor markup for the review scorecard of Sony PlayStation Vita (Wi-Fi). This is only visible in the story editor.

Smartphones and tablets may be taking up an ever-increasing chunk of our gaming time, but for some of us there's no replacing a dedicated gaming handheld. Released at the beginning of the year, Sony's PlayStation Vita continues the PSP's quest to offer a console quality experience on the go, while adding new features like a beautiful 5-inch OLED touch screen and a rear touchpad. And now that the device has been out for nearly a year, it's managed to build up a pretty respectable library, from lengthy role playing games like Persona 4: Golden to familiar PlayStation franchises like Uncharted: Golden Abyss and LittleBigPlanet. It might not be able to do everything your iPad does, but it's definitely a great way to play games.

If you're looking for something a little more retro (and a bit easier on the wallet), the Neo Geo X Gold will be here on December 6th. The system packs classic hardware onto a handheld system, giving you an arcade-like experience in the palm of your hand. It comes with 20 games pre-installed — including arcade favorites like Fatal Fury and World Heroes Perfect — as well as an arcade stick and a dock so you can play the games on your TV. 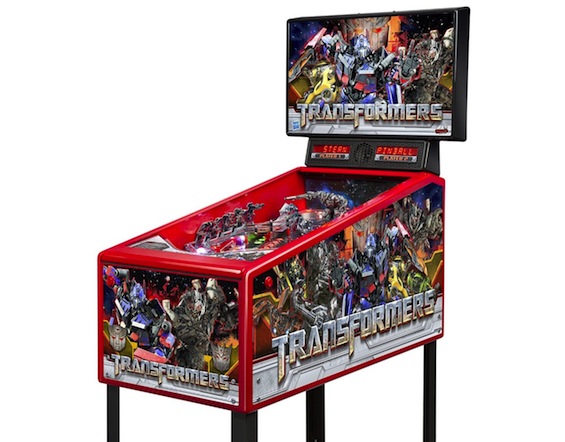 For the gamer who has everything, this new machine from Stern is the company's first product designed specifically for home use. This means that it's cheaper than a standard commercial machine (though still not cheap) but features the same quality parts that Stern has become known for. Meanwhile, a permanent free play mode means you won’t have to worry about keeping quarters on you ever again. You may not be able to afford a used Addams Family machine from 1992, but it’s still a helluva lot better than playing pixelated pinball on a screen. 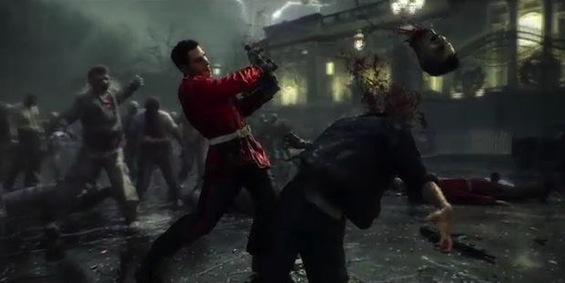 New Wii U owners will likely already have staples like Nintendo Land and New Super Mario Bros. U, but for something a little different (and a lot scarier) there’s ZombiU. Not only is it a genuinely good horror game — Polygon’s Arthur Gies said that it “may be the most wonderfully stressful game I've ever played” in his review — but it also makes great use of the GamePad controller. You’ll use it search through your inventory and scan bits of the environment. But while you have your eyes on the controller there’s the possibility that the undead will sneak up on you, creating a delicious bit of tension that shows what the Wii U is capable of. 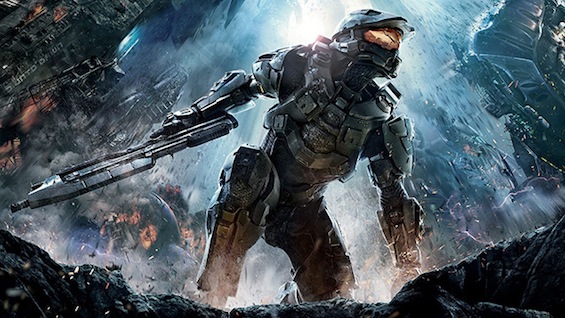 In many ways, Halo 4 captures what made Halo 3 amazing. It’s proof that new Halo torchbearers 343 industries can make a game true to the series created by Bungie Studios. It’s arguably a very “safe” game, in that regard — accessible but not surprising. But that isn’t necessarily a bad thing. Halo 4 is a pick-up-and-play game for first-person shooter fans with everything that’s made Halo a multi-billion dollar franchise — plus some new tweaks to the multiplayer and an episodic co-op campaign. 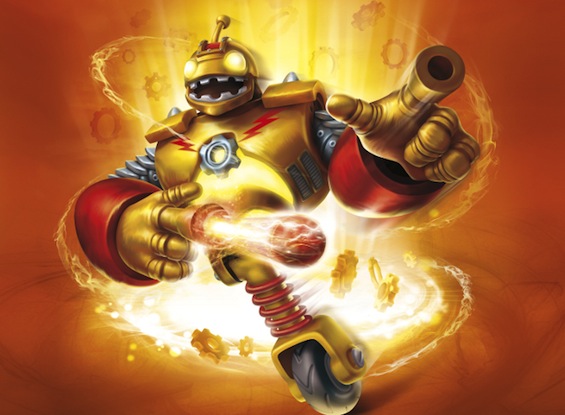 The Skylanders series combines two of our favorite things — toys and games — into an experience that’s fun no matter how old you are. The series features the addictiveness of Pokemon, only instead of capturing virtual creatures, you collect real-world action figures that can then be used in game. 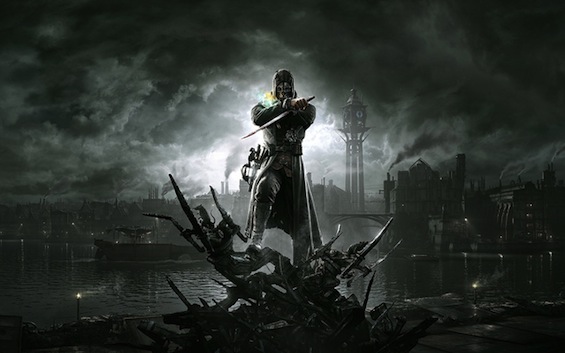 Dishonored is much more about stealth than it is weapons. Throughout the course of the game you’ll learn new supernatural abilities to help you traverse the environment, and most importantly these abilities are actually fun to use: there are few things more satisfying than a well-timed teleport out of danger. Best of all, you’re given quite a bit of freedom to tackle missions however you want. This, combined with the game’s unique industrial setting, helps set it apart from the majority of this year’s blockbusters. 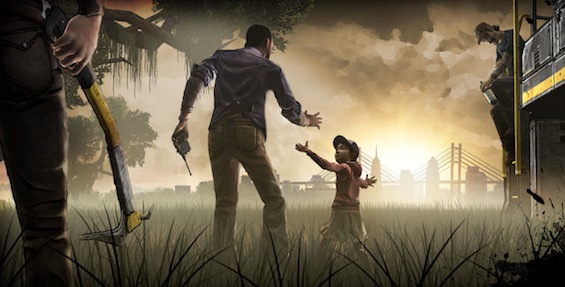 The first season of Telltale's The Walking Dead is a rare beast: a licensed game that's as good, and possibly even better than its source material. Over the course of five episodes, the series takes you on quite the zombie-filled roller coaster, but what makes the game special is the way it forces you to make choices that impact how the story plays out. People will die, and it's often because of a decision you made. The entire season is out now, and you have the option of either gifting a digital copy through Steam, or waiting for the retail version to hit the PlayStation 3 and Xbox 360 on December 4th. 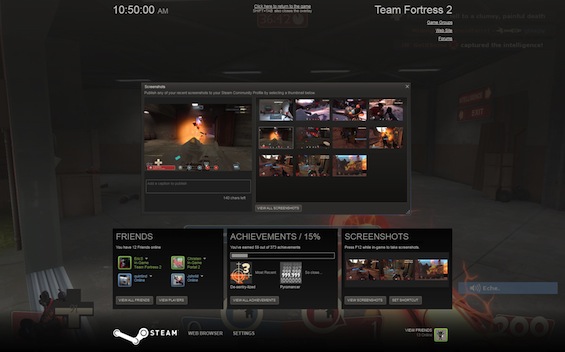 As is increasingly becoming the case, some of this year’s best gaming experiences aren’t available on a disc — from the PlayStation Network titles like Journey and Sound Shapes to Xbox Live Arcade games like Fez and Spelunky. And when you include platforms like Steam, Apple’s App Store, or Google Play, the list gets pretty long. Thankfully gift cards for these platforms are readily available, and in the case of Steam you can even virtually gift games to your pals. Even better: since digital games are often cheaper than their retail counterparts, you’ll get a lot more bang for your buck. 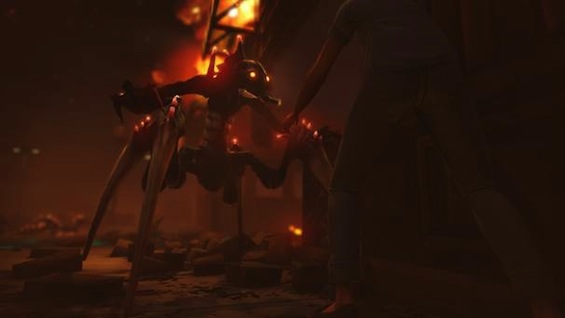 What’s brilliant about XCOM isn’t so much what it carries over from the beloved tactical series it’s revitalizing, but rather what it leaves behind. Firaxis has done away with a lot of the cruft that can scare casual players off from the genre and is left with a leaner, streamlined game that’s as absorbing as it ever was. We would never have believed that turn-based combat could feel as thrilling and urgent as its real-time counterparts, but the new XCOM has proved us wrong. 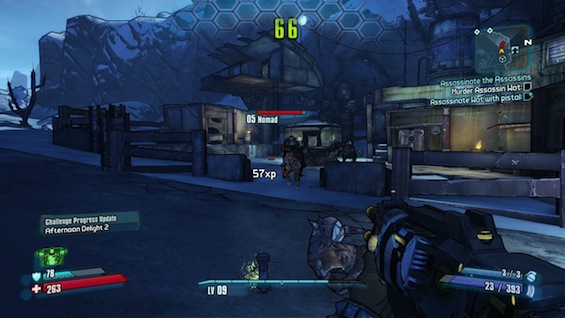 When former president NRA Charlton Heston died, his spirit split, horcrux-like, into billions of shards and embedded in each of us a secret gun nut. While the previous sentence is almost certainly untrue, it’s the only explanation for how obsessed our staff has become with hoarding all of Borderlands 2’s nigh-infinite firearms. Want a gun that you throw like a grenade every time it reloads? No problem. Want a gun that fires bullets that makes it easier to set enemies on fire with yet another gun? It’s in there. Want our copy of Borderlands 2? You’ll take it from our cold dead hands you damn dirty ape. 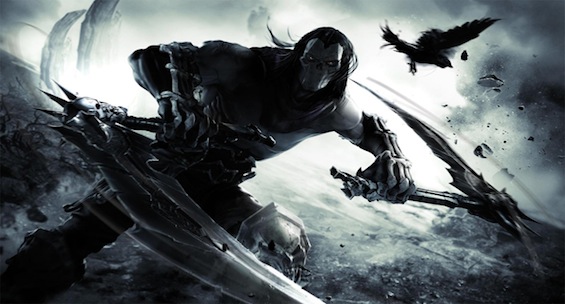 Remember the magic of exploring the mystical realm of Hyrule for the first time in The Legend of Zelda? Darksiders 2 is like that but infinitely more metal. With chunky character design by '90s comics superstar artist Joe Madureira and a dark storyline about the apocalypse and the supernatural beings framed for committing it, each second of Darksiders 2 is like the sickest Iron Maiden album covers in motion. Just how metal is it? Well, you take on the role of DEATH HIMSELF. Mountains of loot to collect and a seemingly endless stream of quests make for a great game on top of all the gloomy imagery. 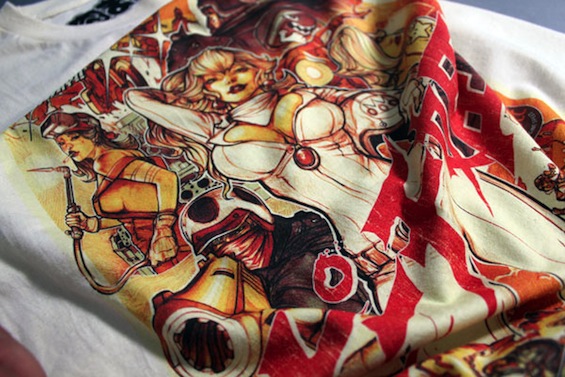 Video game-themed clothing is rarely the most stylish fashion accessory, but Meat Bun's line of t-shirts is the rare exception. The shirts feature a regularly updated stable of great designs from notable artists, and they're even reasonably priced, at just $24 each. Our current favorites are the adorable "Meat Bun Kart" and "Dash Princess," which re-imagines Princess Peach as the cover girl for a Japanese crime flick 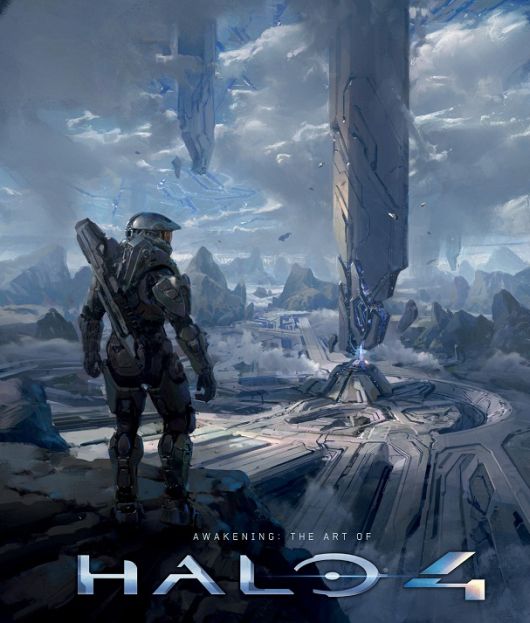 Awakening: The Art of Halo 4

For those Halo fans who want to dig a little deeper into the series' mythos, this new coffee table book from Titan Books offers some great insight into how the latest entry in the series was designed. It's jam-packed with beautiful concept art and sketches, covering everything from the environments in the game to alien creatures and vehicles to, of course, Master Chief himself. For a brief glimpse at what the book has to offer, be sure to check out our interview with Halo 4 concept artist Gabriel "Robogabo" Garza.