Let's face it: most of the speakers we all use are terrible. Whether it's on our phones, our tablets, our laptops, even our TVs — we're all too used to listening to music and movies on terrible equipment. You can solve that problem for your giftees in style, or on a budget — and if you choose right, sometimes both. Give someone the gift of good sound this year, and they'll remember why they liked music in the first place — before it sounded like it was coming out of a tin can. 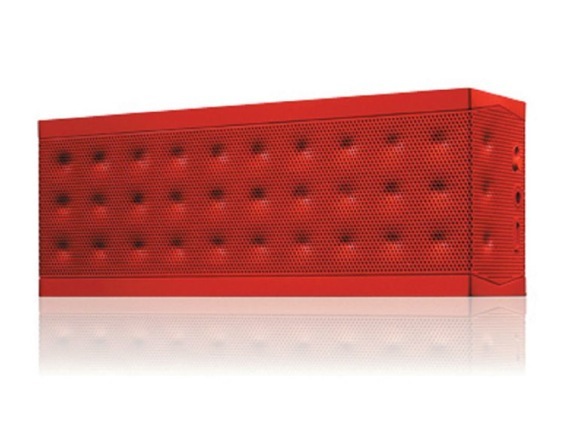 In terms of portability and price, you cannot go wrong with the Jawbone Jambox. It packs two drivers into its 12-ounce body, and sounds great with upper and mid range sounds — though low-end sounds are a bit lacking since there’s no room for a woofer in the tiny box. It’s definitely one of the best small speakers on the market right now, and a solid choice for $199. 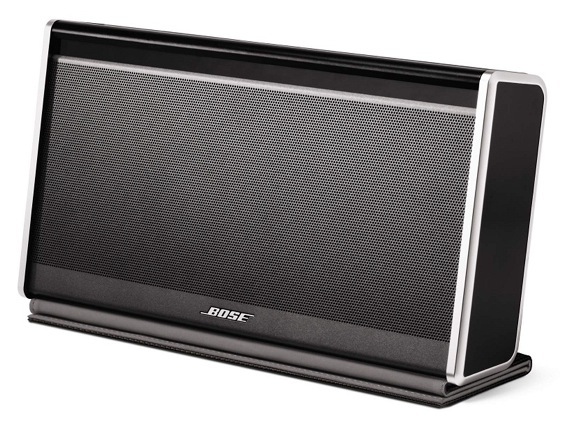 The Soundlink 2 uses Bluetooth to connect to most smartphones, computers, and tablets. It has a built-in rechargeable battery, and also includes a case that wakes up the speaker when you take it out, Smart Cover-style. In typical Bose fashion the Soundlink offers great low-end response, while not sacrificing that clear and mid-range Bose sound. The Bluetooth Soundlink comes for $299, or you can get an AirPlay-enabled model for $50 more. If you don’t love the “Bose Sound,” the Big Jambox is a great alternative at the same price. 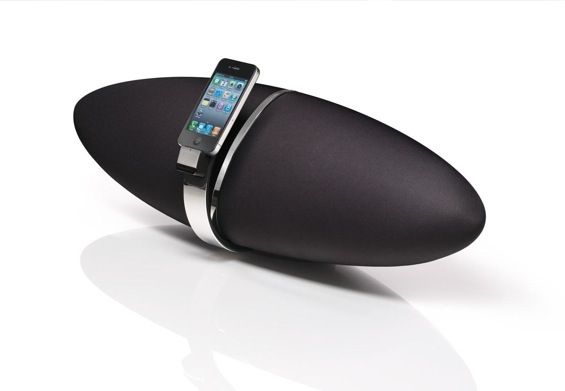 The Zeppelin Air is unquestionably the best sounding AirPlay-enabled speaker you can buy, but as with all Bowers & Wilkins products you’ll pay for the quality. The five-speaker system also has a dedicated subwoofer, providing huge bass response for an all-in-one system. At $599, the price is steep, but if you are looking for a high end AirPlay device and money is no object, the Air is the way to go.

Sony’s SS380 is a great entry-level 5.1 surround sound system, with support for up to 24 bit audio as well as video and audio pass-thru over HDMI. Like Sony’s other surround systems, the $210 SS380 includes Sound Field presets, along with fine tuning controls over the individual speakers as well as the overall mix. With a total of 1000W output over all 6 speakers, the SS380 is a perfect, affordable way to crank up the TV volume.

Klipsch’s high-end consumer model is one of the best home theater systems you’ll find for less than $1,000 — and the HDT600 comes in well short of that number. Designed with cinema in mind, the system has exceptional mid- to mid-low-end sound, with a very balanced sound field allowing for great frequency crossover. The included 8-inch woofer is constructed out of a fiber composite material, not plastic, allowing for a much clearer low end. You’ll hear every thumping bass note like never before. 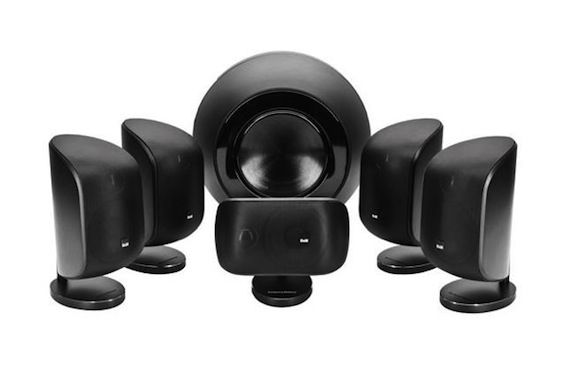 If you've noticed, it's hard to go wrong with a Bowers & Wilkins audio setup, even if it does cost an arm and a leg. The Mini Theater 60D is the pinnacle of all-in-one surround systems, a 5.1 surround sound system based on B&W’s M-1 bookshelf speakers that gives you remarkable low-end sound. The set also includes filter control, as well as sound presets for different room types. The $2,590 MT-60D is pretty steep, but there is a lower priced option — the 50D is a relatively cheap $1,750.

If you’re not ready to spring for something really high-end, the Phillips CSS2123B is the soundbar to grab. The $129 soundbar includes 2 speakers per side (woofer and tweeter), plus an included external subwoofer rated at 30W. Its virtual surround algorithm is one of the best in its price class, and it comes in a unit that is just over 2 pounds. 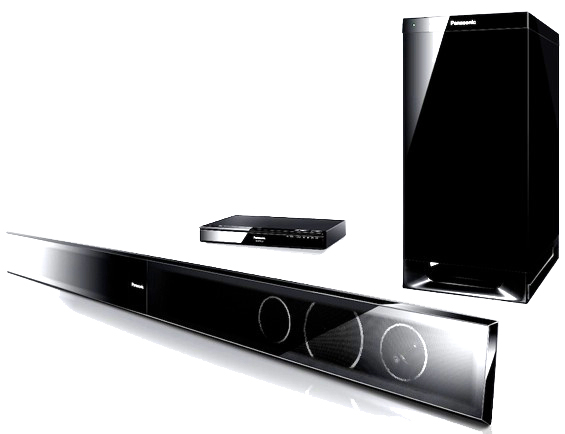 Panasonic’s HTB550 is a very versatile soundbar system, amenable to almost any situation. It can be a standard soundbar, or can detach into two separate speakers with their own stands, depending on your setup. The included 120W subwoofer wirelessly connects to the soundbar, and the whole system can integrate with a Panasonic TV via a single cable. You’d be hard-pressed to get a better system for $399. 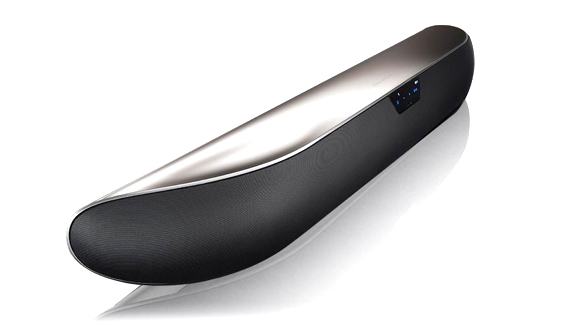 The Soundbar 2 sounds as good as it looks, and in both cases that's pretty impressive. With five built-in speakers inside a curved enclosure, B&W’s promise of “widescreen for your ears” is delivered with what is arguably the best soundbar on the market today. The $2,200 unit is designed with plug-and-play in mind, with ports to connect to just about any device you own.