Before I begin, I would just like to first say I'm not a writer, designer, programmer, engineer, etc etc, just a guy with a vision, a man with the dream of paying only for content I want to watch -- content that actually matters to me. When I set out to compile these ideas I thought it would be impossible for anyone to ever launch such a product because of the current monopolization by the cable companies, but rather than figure out a way around that I decided to come up with a product that would be my ideal product, the product of my dreams and probably many others regardless how impractical the politics and economics of the whole thing might be. Here's my take on the future of television, I'll let the suits figure out the rest.

FULL VIEW (5844 x 2398) via dl.dropbox.com
Might take a while to load, it's a very large image, click to zoom in :)
Looks like it didn't take long for DropBox to block the sharing feature on my account due to excessive traffic, thanks a lot people! I guess I underestimated this site's popularity. But seriously, thanks to whichever Verge staff member replaced them with images hosted on this server.

This post is about the software and services that run on our televisions and not so much about the hardware itself; sure you could argue contrast ratios and debate whether it's time to move onto higher resolutions such as 4K or 8K but I'll leave that for someone else to decide. This post is solely about integrating Apple's current content delivery system directly into a television set, and then expanding upon that with a subscription based model for live streaming. I acknowledge the problems and limitations that come with internet streaming such as bandwidth/data caps, data speeds, throttling, affordability, accessibility, etc... For all intents and purposes I'll just pretend we don't have these issues.

If it ain't broke, don't fix it! We know Apple isn't always the friendliest when it comes to compatibility and using non-Apple products with your shinny new fruity hardware but if Apple intends on having a successful product it must have the fundamental compatibility that our current televisions already have and that means inputs...lots of inputs...lots of standard non-proprietary inputs. Obviously expecting Apple to keep its proprietary connections away from its products is like asking Sony not to charge a small fortune for memory cards. Even without proprietary physical connections, I would still like to see deep integration with its own hardware such as iPods, iPads, and iPhones allowing the Apple TV to be an extension of those devices but also keep the ability to push media directly to the TV via AirPlay and also adopt other industry standards such as DLNA or Miracast. 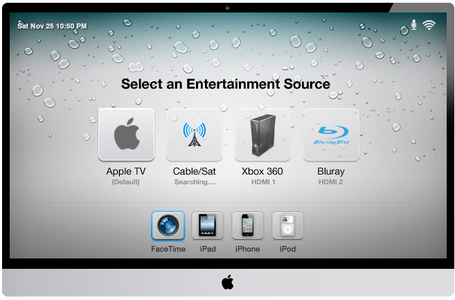 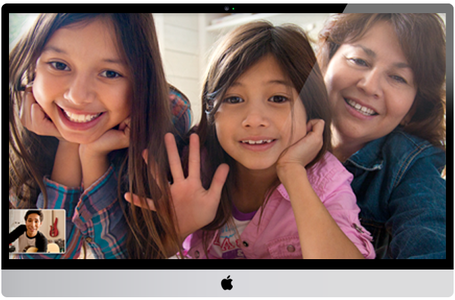 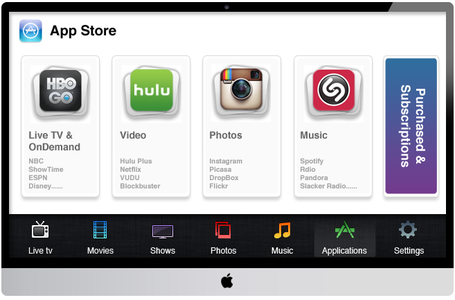 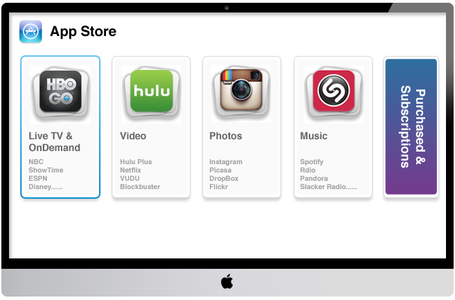 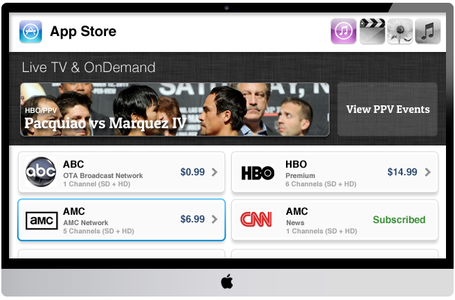 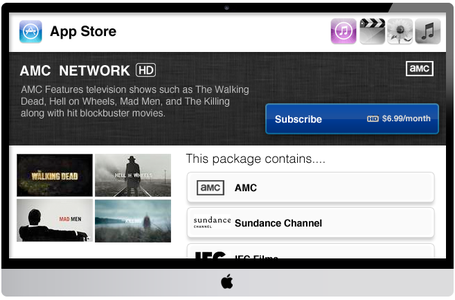 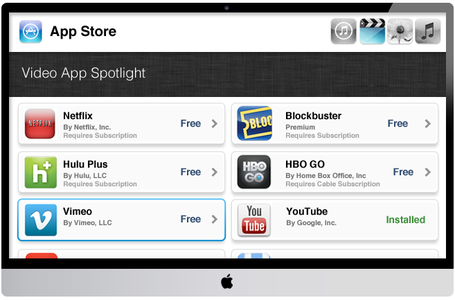 LIVE TV is split into 3 sections easily navigated with an Apple Remote. The Left section is the Spotlight. The middle section lists all Subscriptions vertically. The right section is the TV Guide. 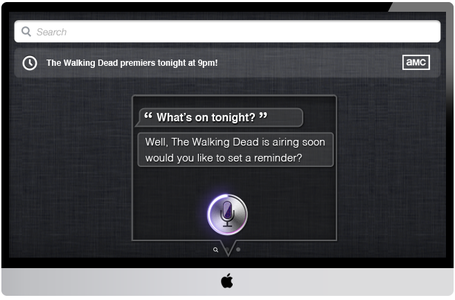 This section lists all channels the user has subscribed to. Icons are listed vertically for quicker navigation than the standard horizontal icon list in iPad/iPhone. A horizontal list makes sense for a device in which you can swipe to the next page of icons with your hand, but on a TV the less remote clicks the better. 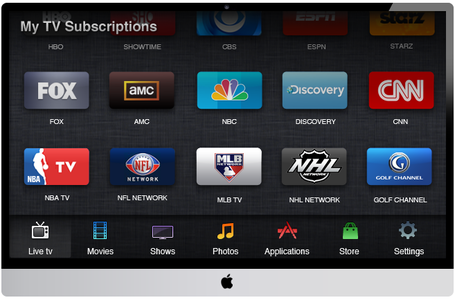 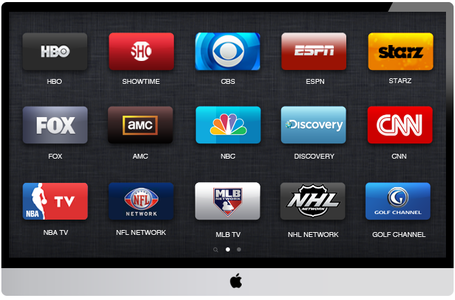 Just the usual stuff you would already find in most tv guides but with a bit more linen and a lot less unwanted information (only lists upcoming broadcast for current subscriptions). 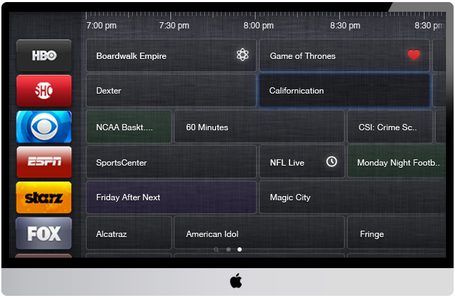 Buy a movie on iTunes via any Apple device and download it straight to the Apple TV. 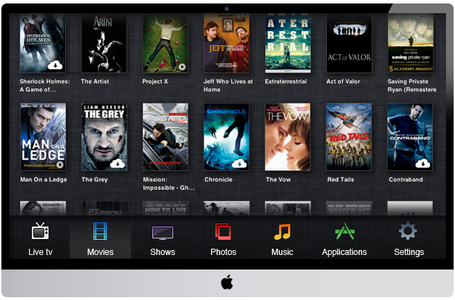 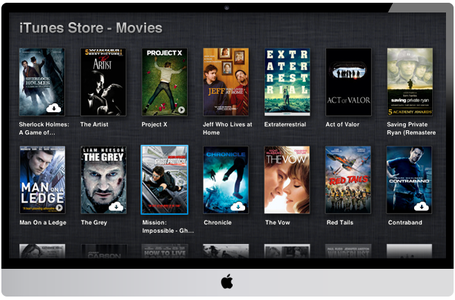 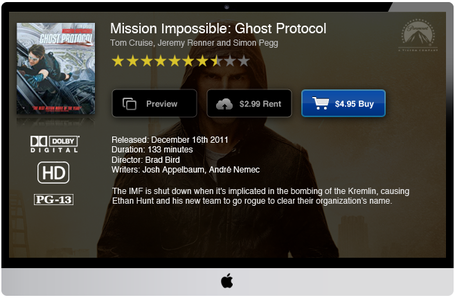 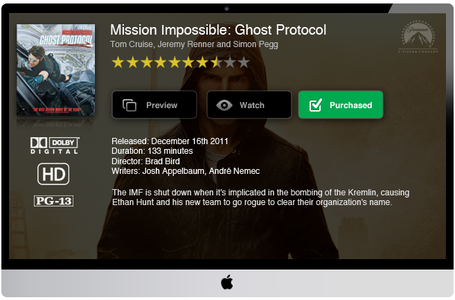 All iTunes purchased and imported content is listed within this library. Any video content on external devices such as hard drives or usb flash drives would be accessed from the Home screen by selecting that device as an input. The timer on the bottom right of a movie's cover shows how much time is left on rentals. The progress bar shows how much is downloaded after purchasing content with the ability to watch/stream the movie after a certain percentage has already been downloaded/buffered. 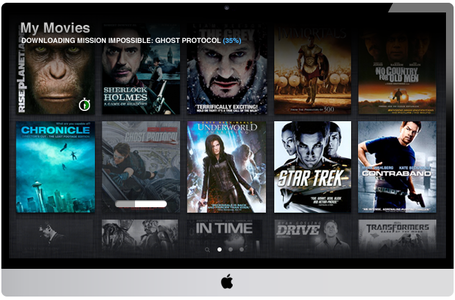 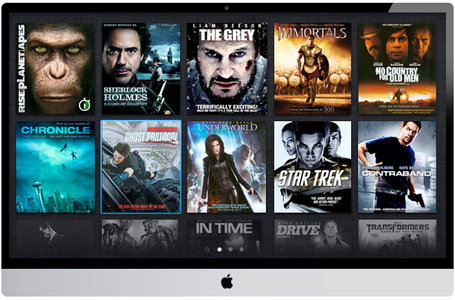 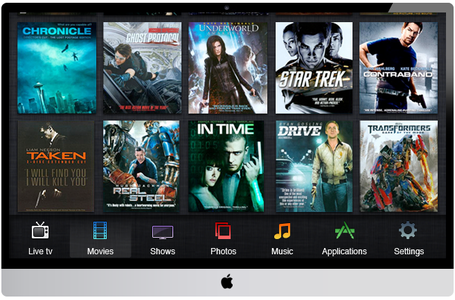 The vast selection of iTunes content right on your TV. 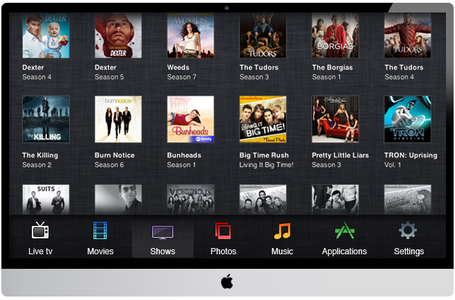 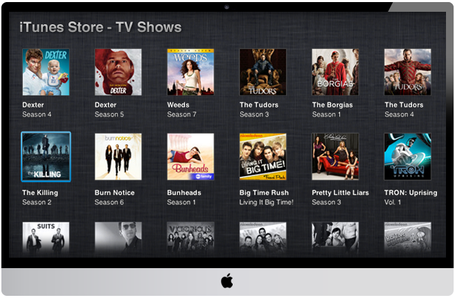 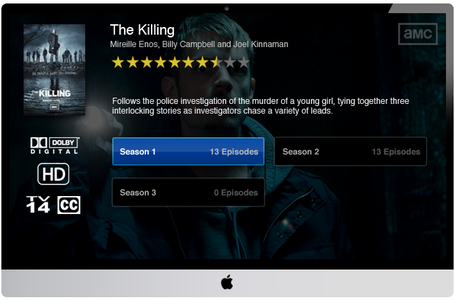 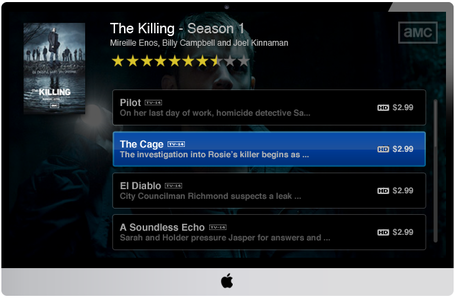 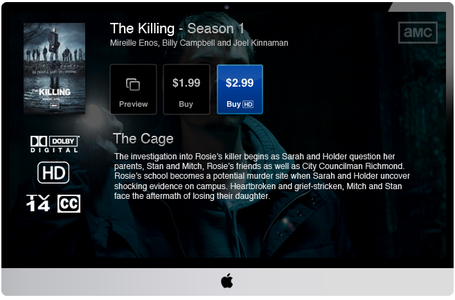 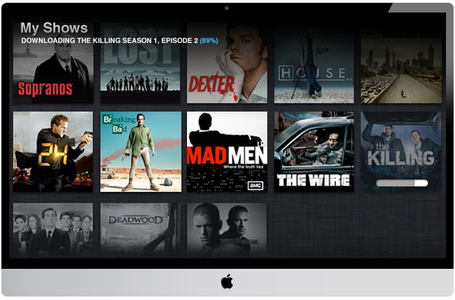 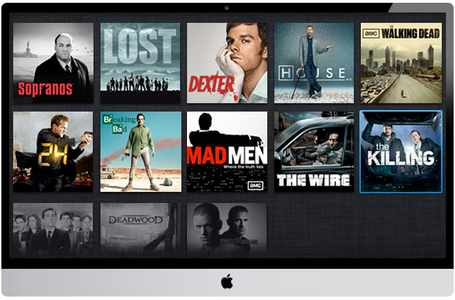 Like I said before I'm not a graphic designer or anything like that so most of the elements in the images above were found on the interwebs, some icons I took from other Apple material, glypish icons were purchased for the bottom menu. Fonts are just Helvetica, cover artwork was taken from iTunes. The Siri graphic was found through a google search not sure who made it, wish I could give credit to whoever made it, looks great. I've actually worked on this since the start of this year but only worked on it like 5 or 10 minutes at a time, I often went weeks or months without even remembering I had the file on my computer. When I finally became a member of the Apple Core on these forums and saw that people would post their concepts of Apple products I decided to finish it.

Well, let me know what you think.