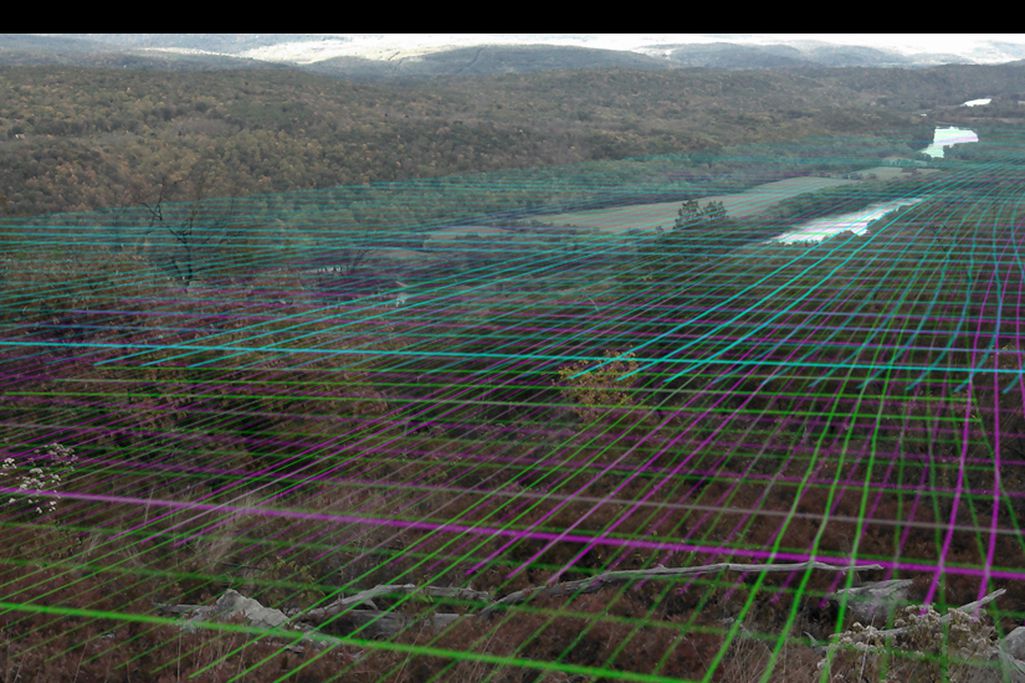 Camping has always been an activity balanced on the promise of escape. These days it might be seen as a retreat from the hyperpresent now of chirping electronics and the endless distractions they bring. The last time I went on a camping trip, though, no one I knew owned a cellphone. In fact, the only portable electronics I remember seeing during those youthful excursions were flashlights, a few walkie talkies, and the occasional Walkman loaded with a Backstreet Boys audio cassette.

What frightens and amazes me most about that memory (aside from remembering that the Backstreet Boys once existed) is this: A decade and change later, upon reaching a picturesque mountaintop halfway through a three-day trek along the Appalachian Trail, my first thought is, "do I get service up here?"

Against the wishes of the group leader, a good friend and seasoned backpacker who had persuaded me with some effort to leave my electronics off for the duration of the trip, I sneak a peek at my phone.

At first, I'm crestfallen. Admittedly, I’m still quite far from the "real" wilderness. But a part of me wishes the Great Outdoors would slap me in the face and tell me no, coldly denying my desire to be constantly wrapped in the warm, comforting embrace of the Grid. In another sense, the revelation is profound to consider: since my last outing all those years ago, every hill, plant, animal, and insect has been blanketed in a thick coat of high-capacity bandwidth. And no matter how far we walk, it always seems to be there, waiting.

So here I am, like so many others before me, unable to absorb this beautiful vista without also contending with the urge to tweet a photo of it — or at least be reassured that I could tweet if I wanted to. A strange anxiety washes over as the wilderness and the networks call with equal intensity; a bizarre hybrid landscape of deciduous forest and data flows.

Am I so far gone that I can no longer travel without the context of vast, intangible information networks? Does an "offline" world still exist at all? Is it even a place we'd want to go?

What would Paul Miller do?

In this new wilderness, data packets fly through the trees faster than the swiftest birds, ensnared in the tractor beams of ubiquitous, pocket-sized chunks of metal and plastic. As night approaches we begin to make our camp at another portrait-worthy site overlooking a tiny village. Somewhere in the hills below us, I imagine, a camper pauses as his BlackBerry stirs in his pack, an urgent email inquiring about those damn TPS reports; his bored teenaged kid sends a flurry of Facebook status updates lamenting the loss of modern comforts, giddily anticipating the sympathetic 'likes' of her peers. And all the while, crowds of day hikers trek through, capturing and transmitting the idyllic scenery instantaneously only to leave it behind moments later.

These aren’t meant to be more examples of how always-on connectivity is deleteriously encroaching on the "offline" world. On the contrary, the fact that the environment here has been augmented by these new, invisible landscapes of bandwidth seems more pronounced — almost majestic — compared to in the concrete urban jungles where we expect them to surround us always.

Night falls and I take out my tablet, which I was using purely for illumination up to that point. Flipping between a trail map of our journey and carrier coverage maps showing patterns of tamed electromagnetic spectrum, it's not a stretch to see the amoeba-like collections of concentric rings in the latter as yet another layer of topography transplanted over the natural world, imperceptible without the strange sixth sense offered by our digital appendages.

It's not at all unlike what happened after ham radio technology first took hold in the early 20th century. Amazed by the ability to communicate across great distances, Radio Dealer editor Mark Casper went as far as to claim radio was proof of the divine.

"We can now better realize that if we, mere humans, can ‘listen in’ and hear people talk all over the earth with a radio set … what power must we ascribe to the Almighty?" he wrote in 1921 as noted by Tim Wu in The Master Switch. "Can we longer doubt his omnipresence and omnipotence? Behold, the all-seeing eye!" If he could only see me the next day, reading tweets from three different continents after crossing a treacherous stream in the middle of nowhere, he might have surmised that my smartphone is actually God himself.

Early in the morning of my last day outdoors, I’m sitting on the shore of a lake where previous hikers have erected a field of eerie-looking structures from long, grey stones. The wind has silenced, and the forest is quiet — maddeningly quiet, in a way my desensitized city boy ears have never experienced before. I start to feel sick.

The group leader sits next to me and tells me about a trip to Antarctica. She says she sat on a glacier where it was so quiet that all you could hear was your own heartbeat and the sound of the ice softly creaking underneath.

But even there, the network lingers — just barely.

Last month, NASA’s IceBridge mission live-tweeted an 11-hour flight over Antarctica’s Ronne Ice Shelf, part of the space agency’s ongoing efforts to map changes in polar ice caused by climate change. Out there folks get service through Iridium, a constellation of low-earth orbit satellites and the Arctic’s only source of connectivity.

How scarce is bandwidth on the edge of the world, exactly? The crew aboard IceBridge’s data-collecting DC-8 communicates with the rest of the world on four channels at a combined 9600 bps — that’s "about a sixth of what people used to dial into AOL with in the late 90's," according to Eric Buzay, a network engineer for the National Suborbital Education and Research Center.

Fortunately that’s just enough to maintain a connection with NASA’s IRC server — the crew uses it to send messages to an operator on the ground, who then pushes everything out into the Twittersphere (and occasionally into the classrooms of lucky students for some live Q&A). Sure, you’ll need a clear view of the sky and some specialized hardware (think the monstrous cellular handsets of the late ‘80s and early ‘90s) to get the job done. But even here, among humanity’s most remote earthly outposts, "reality" as we know it has become a cloudy cocktail of analogue and digital experience.

Seeing the natural world as the distinctive territory of "the offline" is part of a problematic and all-too-common viewpoint that media theorist Nathan Jurgenson calls "digital dualism," the tendency to separate "online" and "IRL" into different worlds, thus causing us to fetishize the latter. "The common (mis)understanding is [that] experience is zero-sum: time spent online means less spent offline," he writes in an essay for The New Inquiry. "We are either jacked into the Matrix or not; we are either looking at our devices or not. When camping, I have service or not, and when out to eat, my friend is either texting or not." But the truth is that "we live in an augmented reality that exists at the intersection of materiality and information, physicality and digitality, bodies and technology, atoms and bits, the off and the online. It is wrong to say ‘IRL’ to mean offline: Facebook is real life."

Watching fellow residents of the tri-state area struggle to stay connected last month in the wake of Hurricane Sandy, this ambiguity becomes even more apparent. It’s not just about being unable to communicate, although that’s obviously a huge part of it; it’s about a vital layer of our composite reality being suddenly stripped away. We feel vulnerable and anxious because ultimately, those networks give depth to our environment — whether that’s a New York City apartment or a not-so-desolate stretch of the Appalachian Trail.