Share All sharing options for: Leaked 'Destiny' concept art shows what Bungie has in store after 'Halo'

Following Bungie's split from Microsoft after Halo: Reach, everyone has been wondering what the studio has planned for an encore. Well, we now have a clearer picture, thanks to IGN getting hold of some leaked images and advertising copy from the still-under-wraps follow-up, Destiny. The story is set 700 years in the future, features a giant, spherical spacecraft floating just above the earth’s surface (pictured below), and appears to share a handful of elements with that other game — fans of sweeping vistas and armored warriors won’t be disappointed. Bungie subsequently acknowledged that the leak is real, posting some concept art (above) on its own site with the message, "we weren’t quite ready, but we will be soon, and we can’t wait to finally show you what we’ve really been up to." 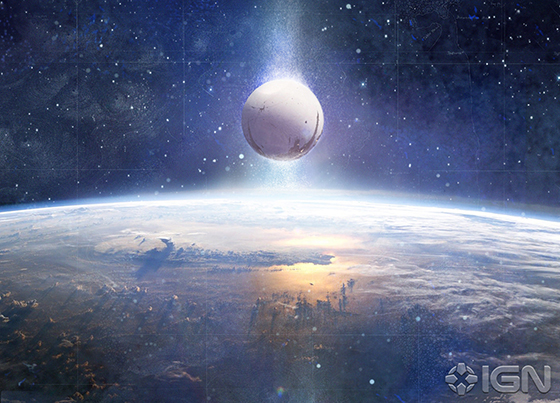 Back in May, we all learned that Destiny would be released in installments between fall 2013 and fall 2019, with downloadable expansions planned for the following even-numbered years. Luckily, it looks like PlayStation fans will get to join in the action this time around — while the game is said to be launching on the Xbox 360 and its "successor console," it’s said to be landing on PS3 in the fall of 2014 following a "joint technical and feasibility analysis."

Update: this article has been updated to address an inaccuracy related to Bungie and Halo 4.