The stars are liars: how Twitter outs celebrity smartphone shills

The stars are liars: how Twitter outs celebrity smartphone shills

Life is hard when you're getting paid to love the Lumia

This is not Carly Rae Jepsen's real phone.

The picture comes from Jepsen’s latest video, "This Kiss," which prominently featured a Nokia Lumia 900. Like any product placement deal, she was well compensated for the plug. But once she’s off-set, Jepsen’s tweets still carry a telltale "Twitter for iPhone" tag. And she’s not alone. After a bit of digging, The Verge also found Rita Ora tweeting from a BlackBerry and Greek pop star Anna Vissi tweeting from an iPhone, after both had featured Windows Phones in their videos. (A Lumia 900 in "How We Do" and a Lumia 800 in "Tiranniemai," respectively.) When you throw in Oprah’s recent tweet endorsing Microsoft’s Surface — which happened to be sent from an iPad — celebrity tech endorsements have had an extremely embarrassing few weeks.

In part, it's because there are just so many endorsements. Personal computing is increasingly moving from the desktop to mobile, forcing aging titans like Microsoft to bet the farm on the newest generation of Windows-equipped Phones, and flood every conceivable medium with ads to that effect. Apple and the Android crowd have responded with their own salvo. The result is record number of celebrities committed to one mobile OS or another. From James Franco making skate videos on a Samsung tablet to Marty Scorsese dueting with Siri in the back of a cab, celebrities have become a mainstay in smartphone and tablet marketing.

Was Flo Rida just playing a character who loved his Lumia phone, or was the "Whistle" video really a window into his life?

This mobile marketing blitz also plays into dramatic changes in the music industry. As sales of physical recordings continue to decline, it no longer makes sense to spend six figures on a video that might not pay. That doesn’t change the production cost of a video, however, so product placement is increasingly used to fill the gap. Nokia has been particularly active in this space, with Lumias popping up in videos for Flo Rida, M83, Ke$ha and Katy Perry. Often, the deals are limited to the budget of the video itself, which can leave the performer unsure of his or her obligations once production is done. Was Flo Rida just playing a character who loved his Lumia phone, or was the "Whistle" video really a window into his life? Either way, it's hard not to feel like someone's pulling a fast one. Finding him tweeting from an iPhone would be like catching <i>Bad</i>-era Michael Jackson drinking a Coke. We can overlook a low-level sellout, but switching sides is just bad form. 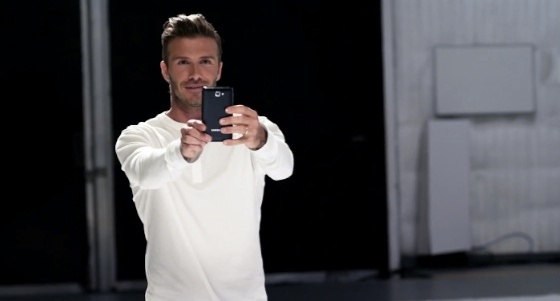 Shifting economics in the music industry are one part of this picture, but smartphone shills have a bigger enemy: metadata. Twitter knows what app you're using to tweet. After a few design tweaks in August, you won’t find that information anywhere on Twitter.com, but it's still readily available in many third-party clients like TweetDeck (which is what we used for the purposes of this article). If you aren’t a Twitter native, you might not have even known that data was being collected.

"It doesn't necessarily make people like the product, but it gets exposure."

And while the brands might not be thrilled at this telephonic two-timing, many industry analysts believe that, in cases of product placement, these indiscretions won’t hurt the products at all. Michael Kamins, Director of Research at the Stony Brook Business College, who has studied celebrity endorsements, put it this way: "Product placement works on a link towards cognition and awareness. It doesn't necessarily make people like the product, but it gets exposure." Thankfully for the endorsers, the impression is a subconscious one. Even if Carly Rae Jepsen is caught with an iPhone later, it’s rare that you'll remember you saw her with a Lumia. You’ll just remember you saw it somewhere cool. That recognition is especially important when non-market leaders like Windows Phone are trying to get a foothold among consumers.

It might actually be the endorsers who have a lot more to lose. Once a public figure has taken a stand with a device, like LeBron James' ever-present Galaxy Note ad, "the question always becomes, what's their credibility?" according to Kamins. If you're spotted with an off-brand device, "the insinuation is that they're doing it for money or to get exposure for themselves." An errant tweet just confirms what everyone suspected from the beginning.

Luckily, not every smartphone spokesperson is two-timing their device. LeBron James hasn’t gotten in trouble for his ads because, according to Twitter’s metadata, he really is using that Galaxy Note you’ve seen him tapping at on TV (big hands need big phones). By the same token, Zooey Deschanel is still using that Siri-equipped iPhone. (For the record, she’s a Tweetbot fan.) Still others have given up their accounts, either turning them over to a professional service or staying off the bird entirely. And as Will Arnett’s ad for Lumia so deftly reminded us, once celebrities reach a certain level, they don’t need the kind of logistical magic smartphones are so good at. They have people for that. Now they just have to be sure those people use the right phones.