Syria, a Middle Eastern country in the midst of a violent civil war, has been cut off from the internet. The communications cutoff has been reported by the Associated Press, as well as worldwide internet monitoring service Renesys, which says that the outage began today at 10:26AM UTC. According to that report, 92 percent of all "routed networks" are offline.

Such a move to cut off communications into and out of the country is typically designed to prevent word of what is happening inside from reaching the rest of the world. That is a cause for concern for many, as the conflict in Syria has been bloody. The conflict's roots come from protests against President Bashar al-Assad, but after force was used against civilians, it has turned into a full-out war between the government and armed rebels.

Update: As of just past 8PM UTC in Syria, internet remains offline in the country, and the nation's main airport in Damascus has been shut down. Different reasons were given for the airport closure: some said it was due to rebel fighting near it, while others said it was due to a large government counteroffensive. According to The New York Times, state media reports that the airport is closed for maintenance.

Similarly, official word from the Syrian information minister Omran al-Zoubi denied that the state was behind the internet shutdown, and instead directly blame towards "terrorists." Reuters has reported that the telecommunications minister claimed that engineers are working to repair "a fault in the main communications and Internet cable." Others, meanwhile, fear that the internet cutoff could signal a crackdown by the military in response to the rebels' gains over the past weeks. 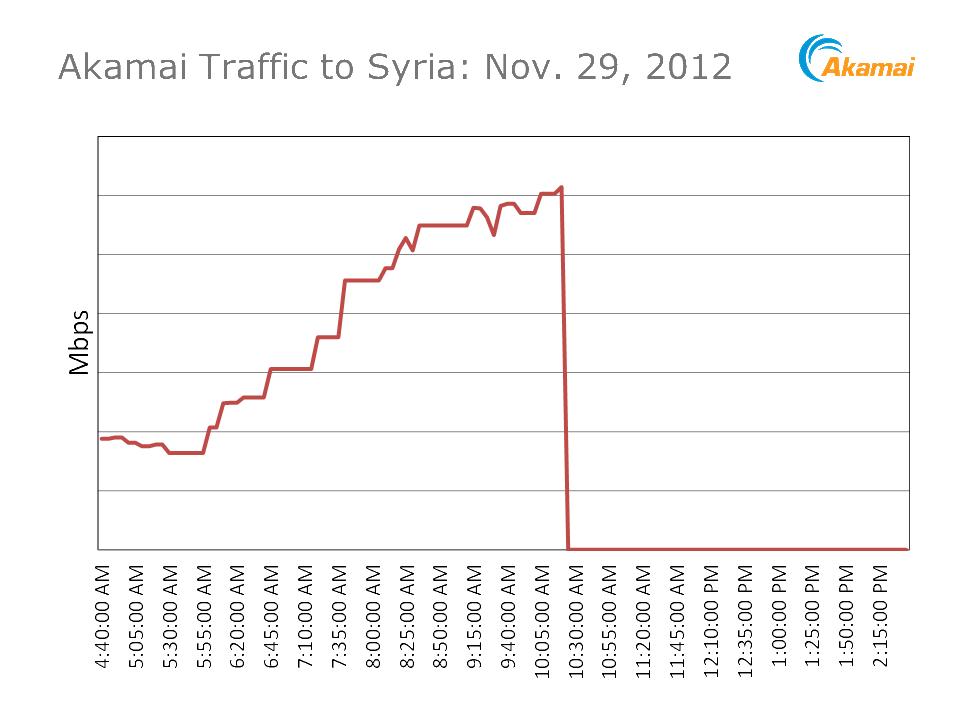