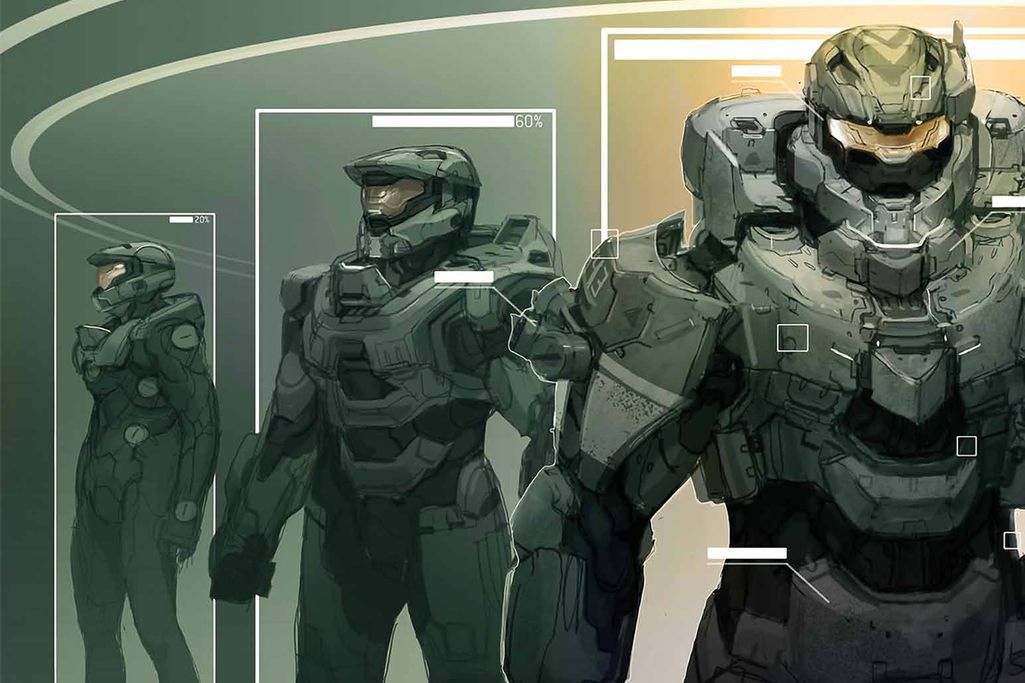 "All of the games I worked on before they were video games, but they were not Halo," says Gabriel "Robogabo" Garza, who served as a concept artist on the just-released Halo 4. Like the rest of the team at Microsoft's 343 Industries, Garza was under quite a bit of pressure, working on the first game in the series not developed by Halo creators Bungie. But Garza's pressures were somewhat different compared to the rest of his co-workers. Not only was he responsible for creating the look for the game's new enemies, the Prometheans, but Garza was also tasked with redesigning the face of the series: Master Chief.

Halo 4 is the first original game to come out of 343, but Garza has actually worked at the company for around four years now. He met Kenneth Scott, 343's senior art director, at a conference in Dallas, and eventually was invited to come join a secret project in Kirkland, Washington. Garza describes himself as a Halo fan — he'd played the games and followed the series' fiction closely — so the decision to join 343 was a pretty simple one. "It was a no-brainer for me," he says. 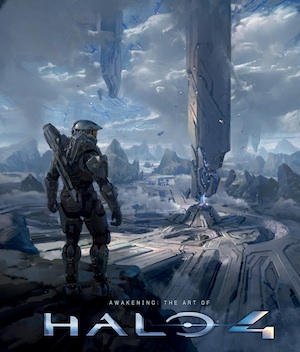 Prior to Halo 4, he worked on a few Halo-related projects, including painting the cover for the short story collection Halo: Evolutions. But for the new game he settled into the role of concept artist, where it was his job to create art that would help influence the look and feel of the game. He created designs for everything from iconic vehicles like the Warthog and the Pelican to new enemy creatures like the Promethean watcher and crawler. And while he says it's hard to choose, his favorite thing he worked on in the game isn't all that surprising. "If I had to pick something it would be the Chief," he says. "It’s a huge character for everybody and it’s the face of the game. So it’s a huge responsibility."

The process of redesigning the character involved a lot of iteration. Master Chief already had a well-defined look, so Garza needed to refine it in more subtle ways. "Kenneth really wanted it to be a lot more functional looking, so I would get buzzwords like ‘heavy,’ ‘technological,’ ‘tank’ — those kinds of words will help me look for shades, forms, colors that I would use to make the design of the Master Chief." Garza would use these words to create sketches, which would then be turned into 3D models and viewed from every possible angle. Once he was able to check out the model he’d go back and do some more sketches to make adjustments. This process would go back and forth several times until they had the main structure of the character down, and then Garza would get to work on the details. 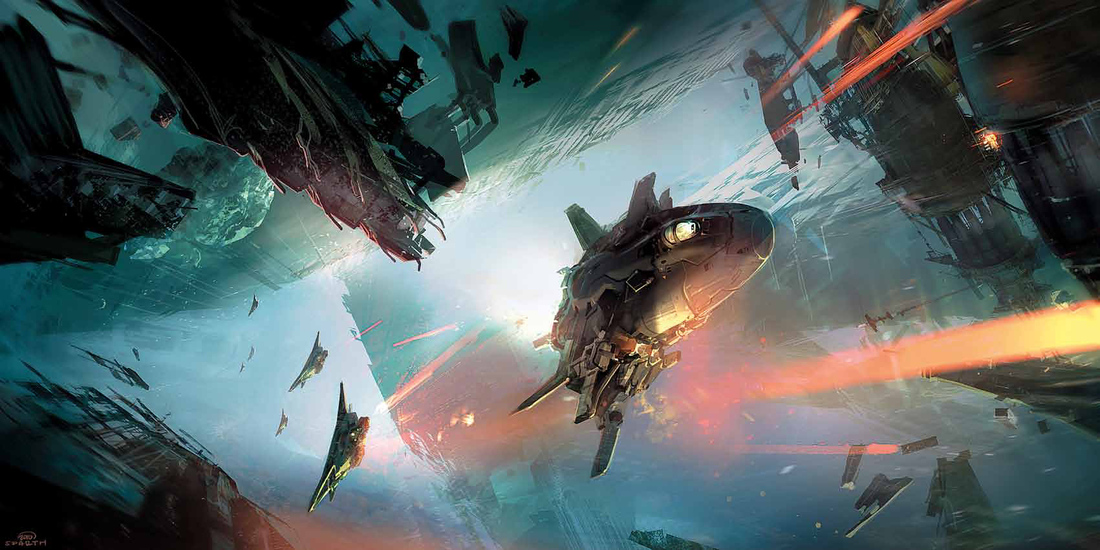 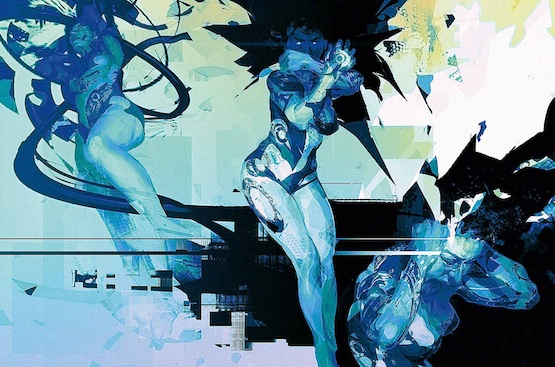 For instance, in keeping with functional theme, he decided it might be better to make Master Chief's thumb and index finger a different material than the rest of the armor. "Because those would be the ones that have the most interaction with the guns," he says, "I figured you want to have, I dunno, more mobility for them."

It was a lot of work involving plenty of sketches and drawings, but Master Chief wasn't the most challenging thing Garza worked on, largely because so much of the character's look was already in place. "We knew he was going to have the visor, and that certain color. He was going to have armor in a green tint. We knew all of this," he says. "But the difficult part was the new characters — that was just hard, man."

Unlike with the Chief, there was really no reference for the new Promethean characters, which are the game's main enemies: Halo 4 marked their game debut. Because of this, quite a bit more work went into coming up with the designs. "We just had to take it in this new direction," says Garza. "That took a lot of time and sketches."

Again, Garza would start by making a large number of sketches, which would be presented during meetings to other members of the team — from animators to designers. As they analyzed his work, he would sit at the back of the room and follow their reactions, trying to determine which designs resonated with people the most. Then he would simply ask them what it was about that sketch that they liked. Using this feedback, Garza would go back and create even more sketches, and the process would continue until they finally narrowed it down to one design. 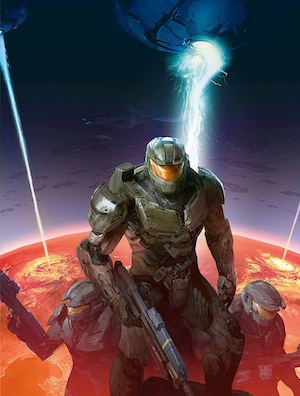 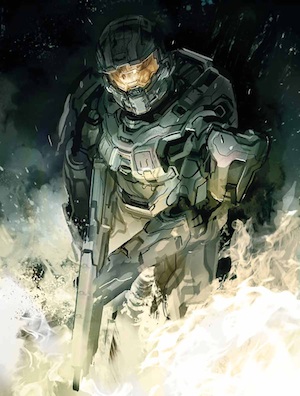 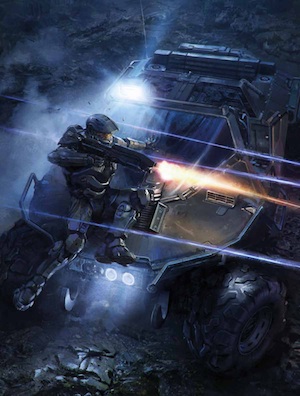 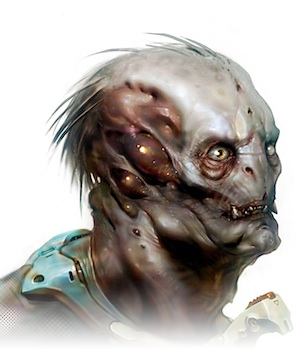 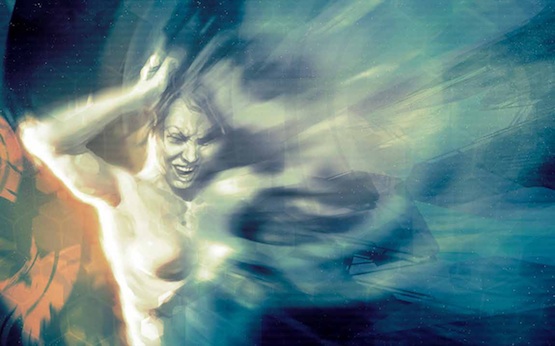 The balance between making something new and keeping with what fans already know and love can be a tricky thing, but for Garza and the rest of the team on Halo 4, having ten years of history to draw on helped them figure out what works and what doesn't. "Mostly we looked at past Halo games and what people remembered about some of the characters, or some of the lines, the shapes, the colors, and that’s what we try and take," says Garza. "It’s tough to do something new but at the same time familiar."

It may seem like a lot of pressure to not only come up with a refreshed look for one of the biggest characters in gaming but also create a new group of enemies from scratch — while also dealing with a decade's worth of fan expectations — but Garza doesn't necessarily see it that way. "The way I approach every day is just meeting with my friends," he says. "I’m very grateful to have my co-workers be also my friends, and people that I really admire — like, top of the line artists. For me it’s a great learning experience. Every day we just get feedback between each other, and enjoy what we do. I really don’t think too much about what other people are going to say about it."

Awakening: The Art of Halo 4 is available now from Titan Books.