Those of you still lusting over the HTC J Butterfly and its amazing 5-inch 1080p display may not have to wait much longer. In recent days we've seen some alleged leaks adding further evidence to the speculation that a similar device is soon to launch on Verizon in the US. First came a pair of images from the oft-reliable Twitter account Evleaks showing a device almost identical to the J Butterfly beyond its Verizon Droid branding. Evleaks claims the phone will be called the Droid DNA, with a codename of ADR6435 Deluxe, and the release date is said to be in early December.

We've heard the Droid DNA name before, although on that occasion it was attached to a device pegged for a November 20th launch. Of course, names and release dates are both subject to change at late notice, so there isn't much we can glean from this either way. 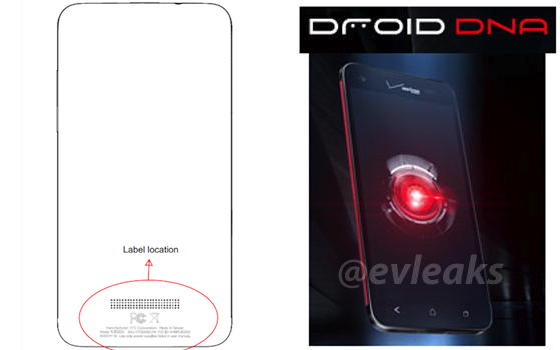 Further corroboration comes from a new FCC filing for a device that seems to match the J Butterfly right down to the unusually-located power button on top and center. This is dubbed the HTC6435LVW, just about matching the name given by Evleaks, and features 4G LTE radios. These leaks are the latest in a series dating back to August, when we first got word of HTC's plans for a 5-inch 1080p device. Following convincing-looking photos of a Verizon LTE phone called the Droid Incredible X, it seems the one thing we're waiting for is official confirmation of a name and release date.