Apple finally gets its patent on a rectangle with rounded corners

But is it too broad to use?

Share All sharing options for: Apple finally gets its patent on a rectangle with rounded corners

There's been a lot of talk over the last couple of years — especially by Samsung during the course of its recent patent infringement trial — that Apple has obtained design patent coverage on rectangular devices with rounded corners. While that may not have been true before, it is now. The US Patent and Trademark Office issued patent no. D670,286 to Apple yesterday and it really does cover the outer edge shape of a device. There's no other way to look at it.

As we've explained before, the scope of a design patent is defined by the drawings, and the solid lines are what counts —the dashed lines are just there for context. As you can see below, the 'D286 patent has a lot of gratuitous context but just a single solid line defining what is being protected. 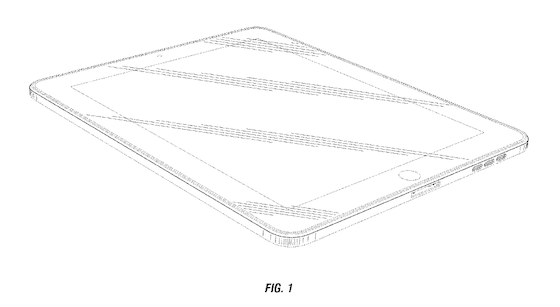 Previous design patents on the iPad and iPhone have included at least one additional feature in solid lines — like the home button, the back surface contour, the bezel shape, the side profile, or the edge-to-edge screen. This one ignores all of that and simply focuses on the shape of that peripheral edge. It's a broad patent. Really broad. Granted, an argument can be made that the horizontal and vertical lengths of the solid edge line in the drawings limits the patent coverage to a specific proportional design that excludes tablets with different aspect ratios, but you wouldn't want that to be your primary defense.

Will Apple ever use this patent against its competitors? Maybe, but there's an inherent downside to asserting a patent like this: it's vulnerable to invalidity arguments. The narrower a patent is the harder it is to find prior art devices or publications that have everything you need to knock it out. Conversely, the broader the patent the easier it is to come up with something that a judge or jury (or even the patent office) can use to invalidate it. Even though Apple submitted hundreds of prior art documents while this patent was being reviewed by the USPTO, it sure feels like a weapon too fragile for battle. It could very well just be a let's-see-what-we-can-get patent with no real offensive future. We'll see.