Building Windows: Microsoft pins its hopes on a new generation of apps and developers

Building Windows: Microsoft pins its hopes on a new generation of apps and developers

Is the third time a charm for Windows Phone?

Microsoft put on a show for 2,500 developers at its Seattle headquarters last week, with a focus on Windows 8 and Windows Phone 8. It was the culmination of a huge launch period for the software giant, the biggest since Windows 95. After wooing crowds in New York with its Surface and Windows 8 launch, it was time to talk all things code and development at Build.

A massive outdoor tent, with an area equal to around 12 NBA basketball courts, set the stage for a week of developer sessions and a focus on what will be a crucial area for Microsoft: apps. CEO Steve Ballmer kicked off the conference with a smile and free Surface and Windows Phone 8 devices for developers. "This is a lot of fun," he remarked before joking about the weather in Seattle and demonstrating Windows 8 and Windows Phone 8. Although It may have rained on and off all week, it certainly didn't dampen enthusiasm from faithful Microsoft developers about the company’s latest software.

Windows Phone 7 first debuted on devices two years ago with only around 1,000 applications to begin with. Three years after the iPhone, Microsoft rebooted its mobile efforts in a major way. The user interface was completely changed from Windows Mobile, there was no backwards app compatibility and developers had to code against a Silverlight layer rather than natively build apps and games for Microsoft's new mobile OS. Microsoft launched Windows Phone with a marketing effort designed to minimize the importance of apps — with ads about smartphone addicts — but it now finds itself reversing on that message and focusing on apps with Windows Phone 8.

The result has been rather mixed. Although Windows Phone has more than 120,000 applications, many developers have held back from the platform due to the work involved in porting over games and some initial performance-related issues or lack of APIs. Slow sales of Windows Phone handsets have also kept developers at bay. With Windows Phone 8, Microsoft has made some pretty big changes under the hood that will please new and existing developers to the platform. A change to align Windows Phone with the Windows 8 kernel means that a lot of core code can be shared between apps that run on desktop, tablet, or laptop PCs and ones designed to run on phones. Native code is now supported, and Microsoft is working with middleware vendors like Havok to make it easy to port games from iOS to Windows Phone 8. 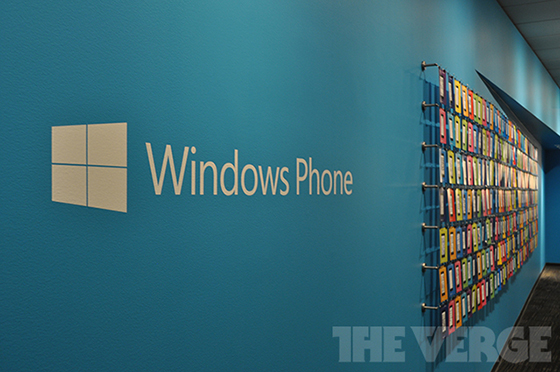 I spoke to a number of developers at Build and the common theme was excitement and potential around where Microsoft is heading. Discussing the YouTube experience on Windows Phone, UX designer Atta Elayyan saw a "massive opportunity" with Windows Phone after noticing the lack of a good YouTube app. "It was actually one of the first things I noticed when I picked up the very first Windows Phone," he says. Elayyan and his colleague Michael Choeung, both from New Zealand, founded Lazyworm Apps in late 2010 to focus on Windows Phone apps. MetroTube launched first, a highly rated YouTube app for Windows Phone that made it into the top 10 paid apps list at one point. Lazyworm Apps were forced to remove the app temporarily as they weren’t using Google’s APIs correctly, but recently re-launched it for free alongside Tweetro, a new Windows 8 Twitter app.

"I think in its current state, Windows Phone is very much still the huge underdog."

"I think in its current state, Windows Phone is very much still the huge underdog. The ecosystem isn't big enough for developers to really monetize off consumer-based software," says Elayyan. "I'm very excited, [...] seeing Windows 8 and [hearing] Ballmer saying there will be ads everywhere. I think there will be that halo effect and that whole ecosystem is going to make sense really really soon, so I hope it succeeds, basically."

For Keith Patton and Ben Gracewood of Marker Metro, who created 7digital's Windows Phone and Windows 8 apps, the success of both platforms is crucial to their own Windows apps agency. "Windows Phone 8 gives us massively better performance," says Gracewood. "We had to spend a lot of time on Phone 7 with listbox scrolling and page loading, just getting things as crisp as possible." This performance increase is evident for existing and new Windows Phone apps, meaning the majority launch quicker and resume more intelligently. For Gracewood, it's not a heap of consumer features that matter here, "it's filling out the stuff we as developers need, that we expect to have on iOS and Android."

This filling out is essential if Microsoft wants to harvest the innovative apps that Windows Phone needs. Matt Hidinger, a developer with Clarity Consulting, has created a messaging app that runs across Windows Phone 8 and Windows 8 and takes advantage of the Live Tiles, a widget-like way to display data, in both operating systems. The app will reset notifications and Live Tile message counts relevant to where and when you read a particular message on each device. It highlights the unification that Microsoft is attempting to achieve with Windows 8 and Windows Phone 8. 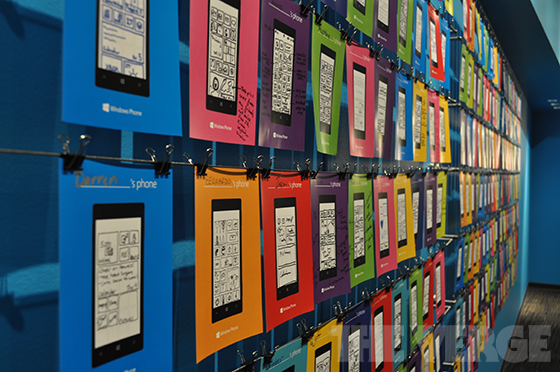 "They're learning a lot from Apple..."

It's clear that Microsoft won't give up with Windows or Windows Phone. "I think for the first time they're realizing they have to play in a slightly different space than they've been working in so far," says Troughton-Smith. "They're learning a lot from Apple and I think they're building something that is really nice, but it's not derivative which is also a nice change." This change is evident across the whole of Microsoft, with every division focusing on a clear design with a single point of focus.

"We are one Microsoft."

"We are one Microsoft," says Microsoft's Larry Lieberman. "Yes we're certainly siloed, you've all seen the picture of all the groups pointing guns at each other at Microsoft," he says. "Certainly there's a little bit of that, but when it comes down to reality and product ship, we actually are learning a lot from each other. The two products are growing closer than ever before, and you're going to continue to see that in what comes out of us down the road." 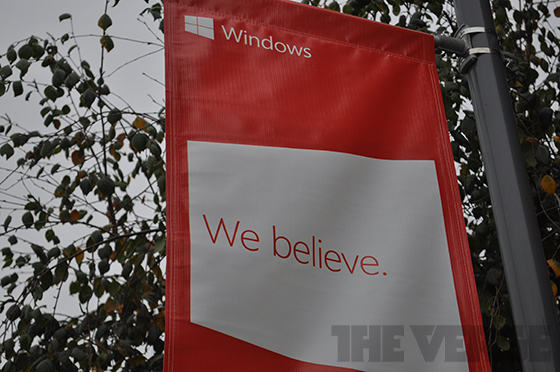 Microsoft is very much back in the game with Windows Phone 8, thanks to a third iteration that brings the support developers would expect. It feels like the quality apps may actually flow into the Store this time around. It's still a waiting game for the Windows Phone platform, and an untested future for Windows 8, but the potential for great apps is finally here. Developers can now create the apps they originally dreamed of with Windows Phone, and the push from Windows 8 may spark consumer interest in Microsoft's phone offering.

It's battle time for Microsoft, but at least it's back in the game

The tools are improved, but there's a sense that Apple's iPad is in Microsoft's immediate sights, with Windows 8 stepping up to the tablet market in a major way. Developer enthusiasm is encouraging, but once Microsoft ties together Windows and Windows Phone in a true seamless way this ecosystem will really start to make even more sense. Microsoft has a long road ahead, especially on the phone side, but Windows Phone 8 is now a solid foundation for developers.

Microsoft might be focusing on the top apps from rival platforms — 46 of the 50 according to manager of the Windows Phone Program, Joe Belfiore — but developers have the opportunity to port their games straight across with Windows Phone 8. It's no good launching Draw Something on Windows Phone six months after the peak of its popularity and Microsoft must realize this. For Windows Phone to truly succeed, application commercials that feature iOS and Android need to start mentioning Windows Phone. Games are a popular draw to phone platforms and the focus from Microsoft here could just close that gap.

It may have been raining all week in Seattle for Microsoft's Build developer conference, but the company is clearly looking forward to sunnier days ahead. With a new generation of apps and developers for Windows, Microsoft is rebooting in a big way. It's not going to be an easy challenge, and developers won't flock to Windows Phone and Windows 8 until they're proven in the market place. Microsoft and its loyal developers can build Windows as much as they want, but it's consumers who will decide the fate of Windows instead of picking up an Android or iOS device. It's a fast paced industry and consumers have a limited amount of patience before they move on to pastures new. There's clear potential here for a fresh Microsoft ecosystem, but right now Microsoft faces a huge battle to better the competition. The war has only just begun.