NASA to deploy water-seeking robot on Moon in 2017, manned lunar base could be next

NASA to deploy water-seeking robot on Moon in 2017, manned lunar base could be next

50 years ago, President John F. Kennedy told the United States that man would go to the moon. Soon, another American president may announce that the same celestial body will serve as a waypoint for manned space exploration. The Verge has learned that NASA intends to deploy a robotic lunar rover on the Moon in 2017 to search for water and other resources necessary for space travel, and that NASA may have secured support from the White House for an actual manned outpost — a space station — floating above the far side of the moon.

Rumors of such a deep-space outpost surfaced as early as February of this year, when a leaked memo from a NASA administrator detailed an idea to build a "human-tended waypoint" at Earth-Moon Lagrange Point 2 (EML-2): a point in space where balanced gravitational forces allow an object to remain in stationary orbit relative to both the Earth and the Moon. From there, NASA could launch missions deeper into space — say, to Mars, or a near-Earth asteroid — using the base as a stepping stone. 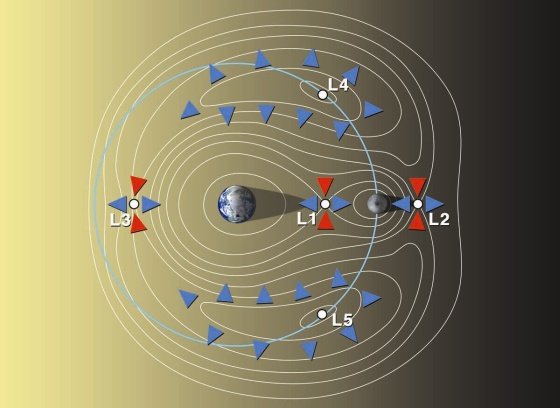 In September, the Orlando Sentinel revealed that the "gateway spacecraft" wasn't just a crazy idea. The publication reported that the White House had been pitched on a plan to begin construction as early as 2019, possibly defraying the to-be-determined expense by using parts left over from the International Space Station and components from international partners, including Russia — which has committed to a moon base of its own — and Italy. At the time, the Sentinel reported that it was unclear whether the Obama Administration would support the move.

Now, space policy expert John Logsdon told Space.com that the White House is indeed interested in the idea, and had merely been "holding off announcing that until after the election." In 2010, President Obama told the nation that we would send men to an asteroid for the first time, and then on to Mars by the mid-2030s, but suggested that the Moon itself wasn't part of the plan:

"Now, I understand that some believe that we should attempt a return to the surface of the Moon first, as previously planned. But I just have to say pretty bluntly here: We’ve been there before. Buzz has been there. There’s a lot more of space to explore, and a lot more to learn when we do."We spoke to Logsdon as well, and he said that the administration is planning a shift in policy that could make the Moon and its surrounding space a more important part of the equation.

And our source tells us that part of that plan is deploying RESOLVE on the lunar surface in 2017. It's a payload designed to be mounted on a robotic rover and driven across the moon to find water and other useful materials for space travel, Cheaper than lifting water off the Earth such that spaceships won't have the tremendous expense of lifting them from Earth in order to bring them along. They could theoretically travel from Earth to the lunar waypoint and find resources waiting for them before undertaking a journey further abroad. 2017 also happens to be the target date for the first unmanned mission for NASA's new Space Launch System and Orion capsule, which will make a loop around the moon, but our source wasn't sure whether that craft would be the one to drop the lunar rover. In fact, they suggested that instead, the rover would be deployed as part of a commercial partnership, and that the mission would "lay the groundwork for commercial lunar transport."

Private firms have been working on commercial space travel for a while, with the SpaceX Dragon capsule successfully completing its first resupply mission to the International Space Station just last month, but recently there's been some interest in space mining as well: Planetary Resources, a company backed by James Cameron, Larry Page and Eric Schmidt, plans to launch a spaceship within two years and begin mining asteroids by 2022.

When we asked NASA about the possibilities of a moon base, a representative wouldn't confirm or deny the plans. "We are pursuing a range of possible destinations on route to an eventual trip to Mars," they explained, but admitted that a lunar waypoint would be "in the range of possibilities that have been discussed" and could be "a potential stepping stone to Mars."

At present, NASA could only confirm that the Space Launch System's first unmanned mission (Exploration Mission 1) is still slated for 2017 and a second manned mission (Exploration Mission 2) with a crew of four would likely occur in 2021, that astronauts would attempt to land on an asteroid by 2025, and arrive at Mars sometime in the 2030s. NASA did caution, however, that there's no current plan to land people on the Moon itself.

"Neither EM1 nor EM2 would put boots on the surface of the Moon," NASA told us.

Chad Mumm and Michael Shane contributed to this report.