Is this your family? Photos washed to sea by Sandy find a home on Facebook

Share All sharing options for: Is this your family? Photos washed to sea by Sandy find a home on Facebook

Hurricane Sandy's damage to the East Coast of the United States is now estimated at over $70 billion dollars. Thousands of people lost their homes in the worst affected areas. One of those harder hit areas is Union Beach, New Jersey. A neighborhood group, lead by Jeannette Van Houton and Mary Danielson, has organized with one goal: to scour the beaches in their local areas, rescuing photos which have washed ashore. The group then scans the photos in the hopes of eventually finding their owners.

Danielson, who is a professional genealogist, says, "I became involved when I read the first story about resident Jeannette Van Houten's effort to collect and reconnect photos to their owners. I offered to help and haven't left." The group has collected over 10,000 photos already, and Danielson expects they could have closer to 20,000 once all the areas have been cleaned. 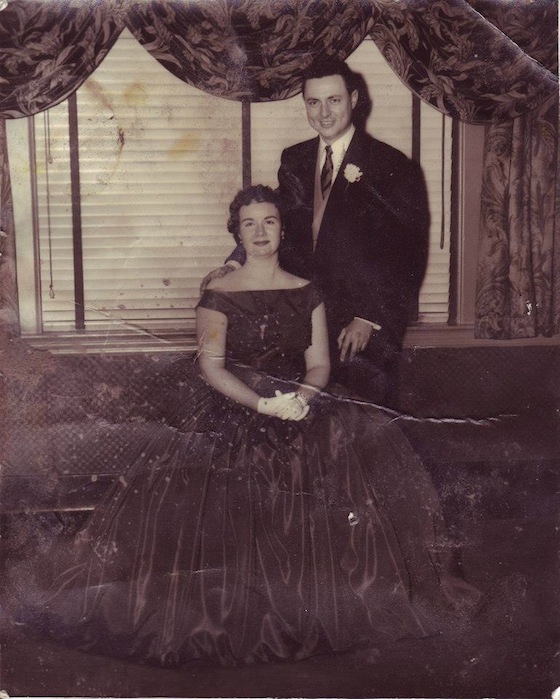 Union Beach, a one square mile area, was "completely impacted" by the hurricane, and Danielson says that "the one thing I continue to hear from residents is 'all I want to find are my photos.'" Danielson's interest in the project is also professional, she says, as a "case study" in "how to rescue an entire town's photo collection."

photos are scanned using small scanners, then uploaded to Facebook

The originator of the project, Jeannette Van Houton, lost her home, her car, and all of her possessions in the hurricane. "I started with a single photo that was found in my brother's friend's driveway the day after the storm," she told me. She kept finding more, and took them home to dry them. Soon, she was collecting photos all over her local area, enlisting people to help her. Once they collect and clean off the photos, they're scanned using small scanners, then uploaded to Facebook. There are already more than 3,000 images on Facebook, organized in small albums with names like "found on Third St towards the bend that merges w/ 2nd" and, "Dropped at Keller's." Found photos are a common time suck on the internet, but looking through these albums, seeing the debris still attached to many of the badly damaged photos, is quite a visceral experience.

"If nothing else, at least these owners can have a fresh clean scan of a photograph that can no longer exist," Danielson says, because the photos mostly mold beyond repair, deteriorating quickly, meaning that the group's efforts are under the constraints of time. The group is working in Monmouth County all this weekend, scanning on site using mobile scanners, and also raising money to purchases supplies to scan the more than 10,000 photos which Van Houton estimates need to be scanned just this weekend. The group, called Restoring Union Beach Memories, which originally hoped to raise $2,000, has surpassed that goal and is still raising funds.