Google didn't exist during the 1960s, but if it did, it may have looked a lot like Google60. Described as "an art project to explore distances and heroism in user interfaces," Google60 is the latest creation from designer and developer Norbert Landsteiner, who earlier this year released Google BBS — a project that allowed users to conduct Google searches from within a 1980s bulletin board-style interface. The idea behind Google60 is largely similar, except here, Landsteiner replaces the Google front end with a virtual IBM 360-like interface, replete with punch cards and a "Mad Men style," 1960s aesthetic.

Upon entering a search term, users are prompted to select from three modes — text search, "news" mode, and image search, which returns results in image plot points. Once the query is typed in, the machine accesses its "peripheral storage" (a virtual tape deck, pictured below), before "printing" out results on tractor feed paper. Users can also control the volume of all output sounds, many of which are derived from actual devices such as the IBM 129 Keypunch, and Teletype Model 33. It may not be the most expedient way to find information nowadays, but Landsteiner's nostalgic design and attention to detail are certainly impressive, adding a distinctly retro feel to one of today's most familiar technologies. 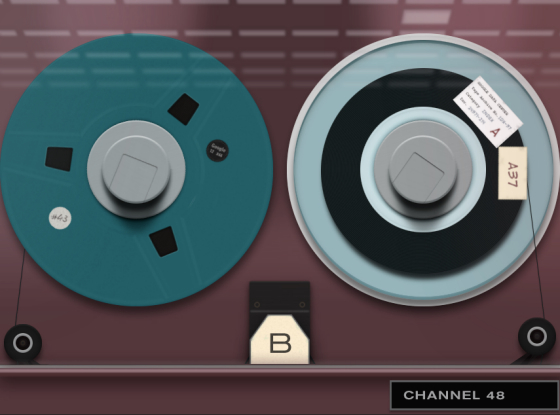