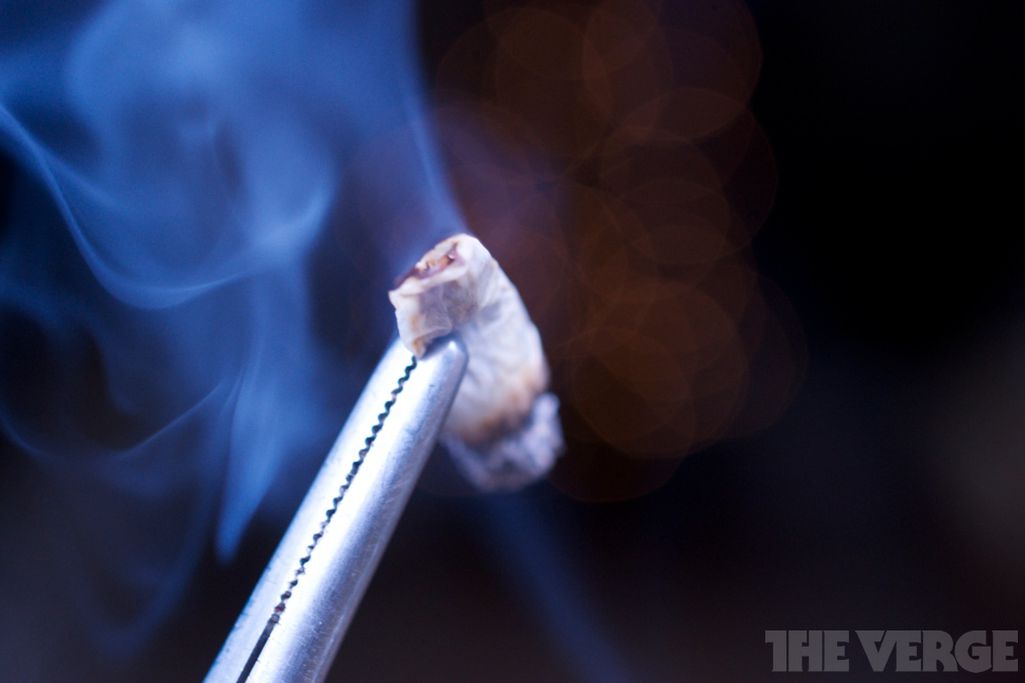 How high is too high to drive? That’s the question lawmakers in Colorado and Washington are grappling with now that marijuana has been decriminalized across both states. The issue has sparked intense political debate over the past few weeks, and at this point, there doesn’t seem to be a clear solution in sight. While there is broad agreement that impaired drivers should be kept off the road, some worry that unreliable technology and murky science could lead to unwarranted convictions.

Drugged driving remains illegal across all 50 states, and the recently passed pot laws in Colorado and Washington will do nothing to change that. Thus far, though, there’s no uniform system for determining whether a driver is in fact under the influence of marijuana. Some states police drugged driving by enforcing hard limits based on the chemical composition of a driver's blood. Under these standards, known as per se limits, drivers who test above a certain level for THC (the active ingredient in cannabis) are automatically subject to DUI convictions, much like those whose blood alcohol content (BAC) levels are in excess of .08 percent.

Washington’s Initiative 502, which went into effect earlier this month, sets the legal driving limit at five nanograms of active THC per milliliter of blood. Nevada and Ohio have each implemented a per se limit of two nanograms, while several other states have zero-tolerance policies.

In Colorado, lawmakers have yet to agree on a statewide THC limit, despite the fact that Amendment 64 has already been added to the state constitution. Per se provisions have come up for a vote on three occasions over the past two years, but were struck down in each instance, underscoring both legal and scientific ambiguities at play.

Supporters of hard THC limits have argued that in states where consuming marijuana is legal, smokers should be held to the same public safety standards as drinkers. "The mantra from pro-marijuana legalization people has been that marijuana ought to be treated like alcohol," The Denver Post wrote in an editorial this week. "Establishing a legal limit would do just that."

The problem, however, is that THC levels aren’t as easy to measure as blood alcohol concentrations.

Whereas breathalyzers provide instantaneous BAC readings, police in Colorado and Washington currently have no equivalent roadside test for marijuana. Instead, officers and drug recognition experts (DREs) must rely on observations and standard field sobriety tests. If a driver fails these tests and shows obvious signs of impairment, he or she may be arrested and, in states like Washington, brought to hospitals or diagnostic centers for further blood testing.

For the purposes of prosecution, blood samples are far superior to the urine tests commonly used in the workplace. While urine analysis detects inactive THC metabolites that can linger in a user’s body fat for weeks, blood tests capture active THC levels only a few hours after ingestion. But the system presents obvious inefficiencies for state troopers — as well as privacy concerns for some citizens — and its results aren’t always easy to interpret.

According to the National Highway Traffic Safety Administration, THC concentrations spike within seconds of smoking marijuana, but typically drop to baseline levels within three to five hours. When ingested orally, however, marijuana takes effect more gradually, with THC levels rising to a plateau before slowly tailing off. As a result, a driver who eats a pot brownie may be more physically impaired hours later than someone who smoked a joint within the same time frame — even if their blood THC levels are comparatively lower. 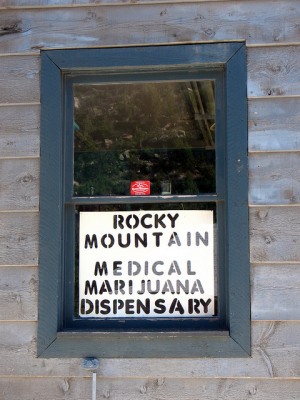 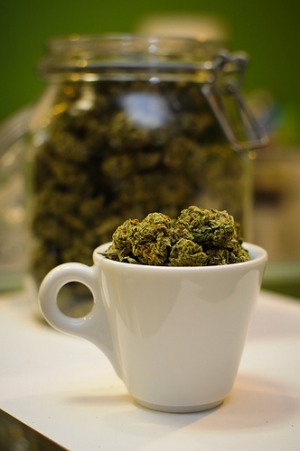 Further complicating the issue is the question of transparency. Whereas most drinkers are able to gauge their level of inebriation with familiar quantifiers — empty beer cans or shot glasses — pot smokers don’t have quite as simple a metric. A drinker knows exactly how much alcohol he's consuming with every beer, but the potency of marijuana can fluctuate dramatically from strain to strain, and its effects vary from user to user. The fear, then, is that spliff-smoking drivers may not know they're running afoul of the law until it's too late.

Behavioral effects can also vary with a user’s tolerance level. Medical marijuana patients, for example, typically have high base levels of THC in their system, and therefore may not feel the same effects from the drug as less habitual users. Five nanograms of THC in their blood may not seriously impair their driving, but in Washington, it would be enough for a DUI conviction.

"With alcohol we know that the greater quantity of alcohol in the blood correlates with greater impairment," says Paul Armentano, Deputy Director of National Organization for the Reform of Marijuana Laws (NORML). "That correlation doesn’t exist with cannabis. The standardized testing that we as a society accept and have utilized for alcohol is fundamentally inappropriate for cannabis." 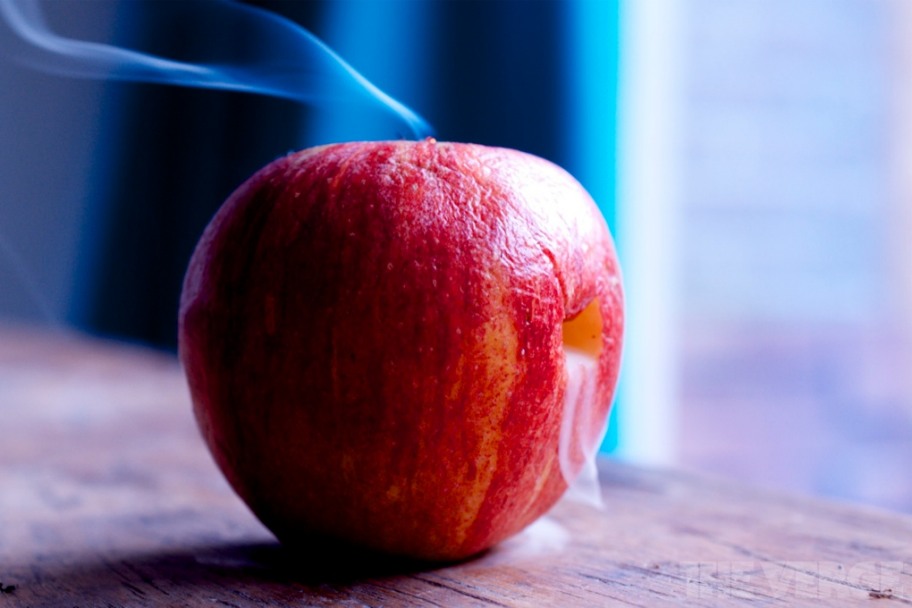 The race for the roadside

With blood tests mired in a cloud of ambiguity, researchers in both the private and public sector have begun developing viable alternatives.

Among these new, and largely nascent technologies, saliva tests may hold the most immediate promise. Oral swabs are less invasive than either blood or urine samples, and therefore have the potential to provide law enforcement with a breathalyzer-like roadside alternative.

Early saliva-based methods were plagued by sensitivity issues, often resulting in false negatives, but recent years have seen an increase in deployment across the globe.

Police in Victoria, Australia launched an oral drug screening program in 2004, and have since seen encouraging results. According to the Australian Drug Foundation, these tests can be completed in just three to five minutes, and are capable of detecting cannabis "for at least several hours" after ingestion. Similar programs have been launched in Spain and Belgium, where in 2010, saliva tests permanently replaced blood-based police diagnostics.

Adoption hasn’t been nearly as rapid in the US, though that may soon change. In March, Dr. Marilyn Huestis of the National Institute on Drug Abuse (NIDA) told the Associated Press that government researchers had begun final trials on a saliva test capable of detecting recent marijuana use, and that the test would soon be ready for use in police cars.

The product itself is still undergoing tests and its detection window remains uncertain, but Dr. Paul Yates, Business Development Manager at Intelligent Fingerprinting, says his company expects the device to pick up on any THC ingested within a one- to two-day period.

It's a futuristic vision that may border on the draconian (Yates notes that the fingerprints could be easily linked to police databases), but it's not likely to have an impact in the US anytime soon. In an interview with The Verge, Yates said the fingerprint scanner won't be ready for market until the end of 2013, and although the company has signed a deal to distribute its product in the US, it would still need to receive FDA approval before being used as a law enforcement tool.

Sergeant Mark Crandall of the Washington State Patrol Drug Evaluation and Classification Program says he expects private sector innovation to drive the creation of new testing products, though he doesn’t foresee any major changes in the near future, noting that any technology would still need to meet federal and state scientific standards before being used in the field.

"I believe something will be invented," Crandall says, "but even once it’s invented, it would probably take years to bring it to market and then even more time to get it accepted by the court systems." 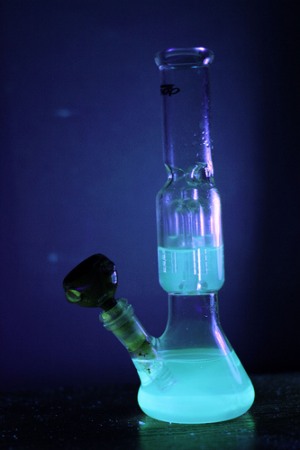 Others, however, argue that the drug testing gap has less to do with technology than it does pharmacology. Although there is broad recognition of marijuana’s physiological effects, there is no scientific consensus on the connection between THC levels and impaired driving. As a result, some estimates suggest a THC threshold of two nanograms per milliliter of blood, while others range as high as ten nanograms per milliliter.

The White House has made drugged driving a national priority, but even the Obama administration’s drug czar acknowledges the difficulty in quantifying the relationship between marijuana use and driving.

"I'll be dead — and so will lots of other people — from old age, before we know the impairment levels" of marijuana, Gil Kerlikowske, Director of the Office of National Drug Control Policy, said earlier this year.

Until consensus is reached, Armentano and other drug reform advocates say policymakers should focus on standardizing and sharpening field sobriety tests, rather than creating a uniform THC limit. Because even if new technology results in more accurate THC detection, prosecutors would still need to draw a clear and scientifically sound connection to behavioral impairment.

"If we're concerned about impaired drivers, then we should be focused on impairment," Armentano said. "We shouldn't be focused on what may or may not be in their blood."