The End I: New World Order

The secret war on America

Share All sharing options for: The End I: New World Order

When I finally got Doyel Shamley on the phone, I was pleasantly surprised.

I was in New York, planning what I jokingly referred to as my “doomsday vacation.” I have always been fascinated with The End as a cultural phenomenon, but seldom has this interest been more topical than right now, at the tail of 2012.

The 2012 Phenomenon belongs to a much larger condition, one that became the theme of my travelogue. Millennialism, the idea that history is playing out in a straight line, from creation to a definite end point, has been an important current of thought in American life at least since the German Pietist and mystic Johannes Kelpius brought his faithful to Pennsylvania to await the arrival of Heaven on earth in 1694. It’s the one thing that unites the Jehovah’s Witnesses, Heaven’s Gate, Singularity buffs, Rastafarians, televangelists like Jack Van Impe, and pretty much anyone that spends an unhealthy amount of time uploading rants to YouTube.

This end-of-days impulse is basically religious, with individuals claiming to know when God would return to earth, and how, and what he would do when He got here. These days, prophets aren’t necessarily religious, but they still claim knowledge or insight hidden from the masses — "apocalypse," remember, means a revelation of the future. In this series I’m going to meet a few modern-day prognosticators and see what they have to say about the world. And about the future.

Doyel Shamley is one of the hosts of The Hour of the Time, a podcast devoted to exposing the New World Order’s attack on America. This centuries-old plan to enslave every man, woman, and child on this planet is as fine an example of secular millennialism as any.

At first, given the subject matter, I was afraid he might be a little too intense. Instead, when I called him, I was relieved to find that the man on the other end of the phone seemed quite down to earth, and was armed with healthy sense of humor. We made plans to meet in Scottsdale, Arizona the following week.

None dare call it conspiracy

In the last twenty years or so, "conspiracy theorist" has become a viable career path, with figures such as Alex Jones and David Icke, and even the more mainstream Glenn Beck mining subject matter that once belonged to a grassroots community of authors, activists, and publishers. Their message spread through self-published books, newsletters, and a small network of the like-minded.

My introduction to the world of conspiracy theory and theorists came when I found a copy of William Cooper’s Behold A Pale Horse at the Waldenbooks in the Millcreek Mall, sometime around 1992. The book outlines what Michael Barkun, in A Culture of Conspiracy, calls a "superconspiracy" theory. Conspiracy theorists all tend to draw on a common pool of elements, but few could match Cooper in his ability to account for almost every fringe idea out there. The effect, for those who accepted his message, must have been profound — like having the veil lifted from your eyes and, for the first time, seeing the world as it really is. Even to a skeptic like me, it was a compelling alternate universe; one where every day the forces of good and evil were locked in conflict, where every question could be explained by invoking the Illuminati or the New World Order. Cooper described a world where everything had its place and everything was significant. No one — not the History Channel, not Steven Spielberg — could make history come alive quite like him. 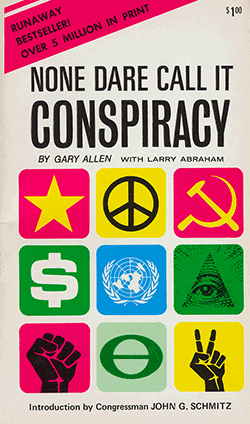 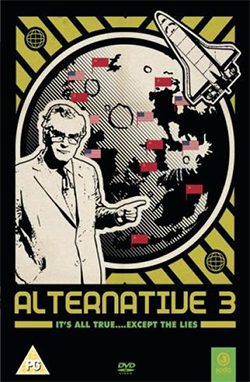 William Cooper’s New World Order conspiracy spanned centuries and crossed cultures, even taking in U.F.O.’s and space travel. Sometimes it got a bit tedious, especially when Cooper would go into the minutiae of his evidence, but you couldn’t turn away. If you did, you’d miss pure, crystalline moments of conspiracist poetry like this:

I read while in Naval Intelligence that at least once a year, maybe more, two nuclear submarines meet beneath the polar icecap and mate together at an airlock. Representatives of the Soviet Union meet with the Policy Committee of the Bilderberg Group. The Russians are given the script for their next performance. Items on the agenda include the combined efforts in the secret space program governing Alternative 3. I now have in my possession official NASA photographs of a moonbase in the crater Copernicus.

Alternative 3 refers to a BBC TV movie about secret space colonies on the moon and Mars. It was science fiction presented as documentary fact, much like War of the Worlds (which Cooper claimed was a "psychological warfare experiment") or The Office (which he did not). The film’s origins are well established, but plenty of conspiracy theorists still claim it’s an example of real-life investigative journalism, and its status as "fiction" is part of the cover-up.

As a teenager living in the land without cable television, in a time before the internet, I ate this stuff up.

What’s true about Cooper’s work — and what makes it fascinating — is largely true of conspiracy theories as a whole. All conspiracists draw from a common pool of sources, whether they be JFK assassination theories, "proof" that 9-11 was an inside job, outright hoaxes like Alternative 3 and the Protocols of the Elders of Zion, or old yarns about subterranean societies (extraterrestrials, Nazis, and the deranged robots of Richard Sharpe Shaver have all been found living underground at one time or another). This applies to the conspiracy subculture as a whole, no matter where the individual lands on the political spectrum. Distrust of the official narrative is stronger than political affiliation.

Of course, your beliefs are both logical and reasonable. It’s those other guys I’m talking about. 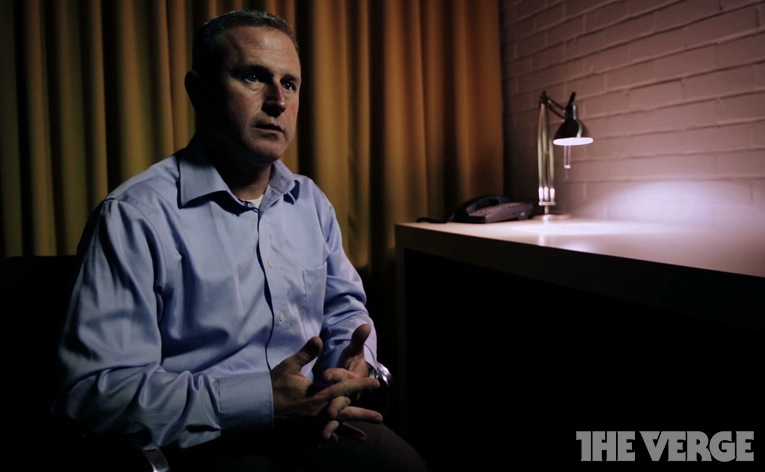 William Cooper hosted The Hour of The Time from 1993 until his death in 2001. The show, which you can still find all over the web, asked a lot of its listeners. Cooper’s conspiracy required a densely-packed combination of history, current events, and philosophy to convey, a far cry from the hysterical YouTube rants that most people identify with conspiracy theorists today.

But there is a reason that those hysterical rants exist — a reason why Tila Tequila has become the latest self-proclaimed warrior in the fight against the Illuminati.

Most right-thinking people wouldn’t want to be known as a prophet (Ms. Tequila notwithstanding), but in a sense, being a prophet is part of belonging to the millennialist tradition — as Cooper clearly did.

"It was inevitable that America would produce prophetic figures of its own," writes Greil Marcus in The Shape of Things to Come. "They were not there to predict the future any more than Old Testament prophets were. Predicting the future is soothsaying; prophecy has more to do with the past than the future."

The relentless study of the past is what informed Cooper’s view of the future, but he didn’t live to see whether his prophecy would play out. His final years were spent as a fugitive following an arrest warrant issued for tax evasion in 1998. He didn’t hide, though — he still lived at home, and he still had his radio show. This uneasy truce with law enforcement lasted until late in the night of November 5, 2001, when a police raid — which was either meant as an assassination or conducted in a criminally stupid manner, depending whom you believe — ended with a critically wounded sheriff’s deputy, and the death of William Cooper.

Doyel Shamley was one of many friends and supporters who stepped up to keep Cooper’s mission alive after that day in November. The Hour of The Time, which Shamley co-hosts with Robert Houghton, is still going strong. These days, Cooper’s voice is probably being heard by more people than ever, thanks to the internet, which certainly has its share of prophets — though few are as compelling.

Unlike a lot of people that get lumped into the conspiracy subculture, Shamley’s head isn’t in the clouds. After our interview, he joined me and Pablo the Videographer for dinner. I had a good time hearing about his home in Arizona, his friendship with William Cooper, and his work on Land Use and other issues. He struck me as being as generous and hardworking as any activist or advocate I’ve ever met, which probably isn’t something that most people associate with so-called "conspiracy theorists."

I guess Shamley is a prophet of a kind, too, even if he would cringe at the word. He’ll tell you what’s ahead for the country, and for the world, if you’re ready to listen.