After four years in business, Aviary is suddenly hitting its stride after a massive change in strategy

As the veteran venture capitalist Bill Gurley said recently, it's important to be an optimist in the startup business, as most great tech companies "will sail close to death and then rise up again." Just a year and a half ago, Aviary, a New York startup focused on creative tools for photo editing, was certainly lost at sea, its original vision floundering. But by drastically shifting its focus from the web to mobile, and from a consumer facing startup to one that powers other businesses, Aviary has become a juggernaut, the closest thing to a modern day Adobe for the mobile era.

Before creating Aviary, founder Avi Muchnick had built Worth1000, an online community for artists. The site's success drew a crowd of top notch investors to his next venture, including LinkedIn's Reid Hoffman, MIT's Joi Ito and Amazon's Jeff Bezos, all of whom backed Muchnick's vision for a new company that would focus on building cheap, lightweight editing tools for creative types that worked right from the browser.

Founded in 2007, Aviary did well. But unfortunately the company never found the kind of traction modern startups need to build a scalable consumer business. It had a couple hundred thousand loyal users, but no booming growth or big revenue. By the middle of 2010, says a source with knowledge of the situation, the company had spent nearly $8 million of the $11 million dollars in funding it raised, and the board was worried that no viable business had yet emerged.

Most startups will sail close to death once or twice

And so, in the middle of 2011, the company made a hard choice to abandon its original game plan. It would become a business-to-business firm, powering the photo editing features of other consumer facing companies. And it would focus on mobile, rather than the web, moving off the Flash platform in its mobile SDK. "It was a hard decision because we had some traction and $11M in funding," says Muchnick. "So to make a big change to our roadmap, there was a lot of convincing that had to take place, to get the board behind this idea of starting over on mobile." 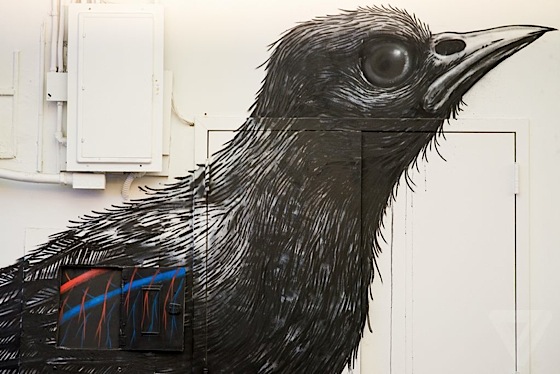 "There was resistance, people struggled with the idea," says board member Mo Koyfman, a general partner at Spark Capital, which has invested twice in Aviary and sits on the board. "We didn't turn on a dime. We incubated the mobile business and kept the web going while the concept evolved. But pretty quickly we could see, this thing had legs."

"Pretty quickly we could see, this thing had legs."

The bet has payed off massively. Aviary launched its mobile SDK in September of 2011 with 30 partners. It now has more than 2,500 companies that rely on its technology to power their photo editing. Its work can be found in some of the biggest mobile photo apps: Flickr's and Twitter's filters being the most well known. "The difference is massive," says Aviary founder Avi Munchnick. "When we were web only, during a big day, we might have 100,000 people edit photos. This year, more than 15 million people used our tools on Thanksgiving."

The traction allowed Aviary to raise a fresh $6 million this year, giving them a lot of capital to expand on its current base of 21 employees. The company still has its own mobile app, but as Munchnick explains, "Originally the goal of the mobile app was to be a showcase for other app developers. We were moving away from chasing the average consumer." In recent months, however, the halo effect from its booming partnerships have driven Aviary's mobile offering to new heights. In June of this year, it cracked the top ten among free photo and video apps on iOS. A few weeks later, it broke into the top 20 free apps on iOS, beating out heavyweight like Temple Run, Twitter and Facebook. It now boasts over 10 million downloads. 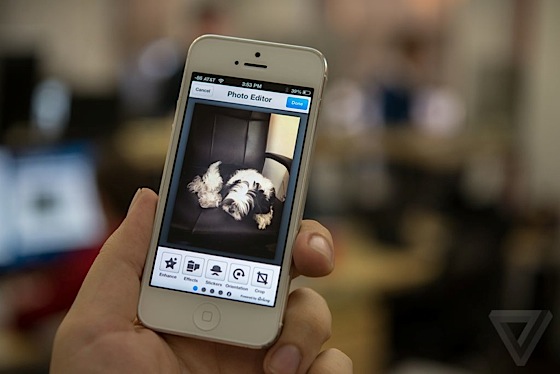 "The next year is going to be about continuing to scale the network," says Spark Capital's Mo Koyfman. "And experimenting with different revenue models to see what works best." There are three paths Aviary is pursuing:

This last avenue is perhaps the most interesting. Aviary now has hundreds of millions of consumers touching its product every day through partners like Twitter, Flickr, Yahoo and Walgreens. If it can convince some of these partners with massive traffic to sell premium digital goods like new filters, holiday themed photo frames and funny mustache stickers, it only needs to convert a fraction of users to start generating meaningful revenue.

As part of its transition to this new business, Aviary is bringing in a new CEO, Tobias Peggs, who previously ran the mobile ad network One Riot, which was acquired by WalMart. Peggs went run Walmart's mobile product outside the US and has experience scaling up companies quickly. "He has been a mentor to me over the last year," said Muchnick. "I'll be focusing on what I love, product, and Tobias will help us to grow quickly and continue closing big deals with large partners."

Of course the company is contending with the 800 pound gorilla in the world of mobile photos, Instagram, which along with Facebook, owns the lion's share of personal pics snapped on smartphones in the US. But Aviary no longer has to fight that battle head on. "Over the next year I think you'll continue to see this company's network of partners explode in size," said Koyfman. "It will be one of those 'overnight startup success stories' many years in the making."