Will an angry sun send us all back to the Stone Age?

Share All sharing options for: The End II: Solar cataclysm

I met Lawrence E. Joseph at his home in Malibu. This was my first time driving up the Pacific Coast Highway, and I couldn’t help thinking it looked just as I imagined based solely on childhood memories of The A-Team and CHiPs. The beauty of the coastline contrasted dramatically with the natural disasters so common to this city, a peculiar environment of lurking mudslides and wildfires, nestled close to the San Andreas Fault. It was certainly an appropriate place to finally meet the author of Aftermath: Prepare For and Survive Apocalypse 2012 and Solar Cataclysm. Indeed, the paperback version Apocalypse 2012 features the following legend on its front cover:

To be perfectly honest, if I had noticed that bit inside Barnes & Noble, I probably wouldn’t have bought the thing in the first place.

Just as all conspiracy theories tend to draw from a common group of sources, 2012 authors all tend to remix and elaborate the same material as everyone else in their cohort. Rarely (if ever) will you see actual anthropologists or archaeologists cited in a book like Daniel Pinchbeck’s 2012: The Return of Quetzalcoatl. At least Pinchbeck is honest about the path that brought him to write that the end of the Maya Long Count calendar, in absence of any evidence whatsoever, marks the point where humanity evolves into some sort of vaguely defined New Age post-human ideal. His vision is as much the product of DMT, crop circles, and Burning Man as anything else. But when he does rely on the ancient Maya to further his thesis, he turns to the imaginary Maya of New Age authors like Jose Arguelles and John Major Jenkins.

I figured Joseph played equally fast and loose with the facts. Looking at that 2012 movie tie-in cover, I figured he had his own entertaining apocalypse yarn to spin, and I mentally filed him next to all the other 2012 New Age authors. That’s where he would have stayed, had I not decided to write this story.


To communicate and instigate

Five minutes after we met, I had Lawrence Joseph’s number. The conservatively dressed author might have thought he was fooling me — and maybe I was fooled — until we started talking about Pittsburgh. When he asked me if the band Carsickness was still around, I knew that there was something weird beneath the surface. Good weird, of course.

Joseph isn’t a scientist, although he sure does write a lot about science. And I’m not entirely sure, but I think he might be one of those science writers that tends to piss off scientists. One of the ideas I had going into this was that it would be really valuable to really think about all of these doomsday stories I was going to hear, no matter how absurd or wrong-headed I thought they might be. Not accept them, if they were unacceptable, but not dismiss them out of hand. Keep an open mind, like Charles Fort might have once said, but not so open that your brain falls out. 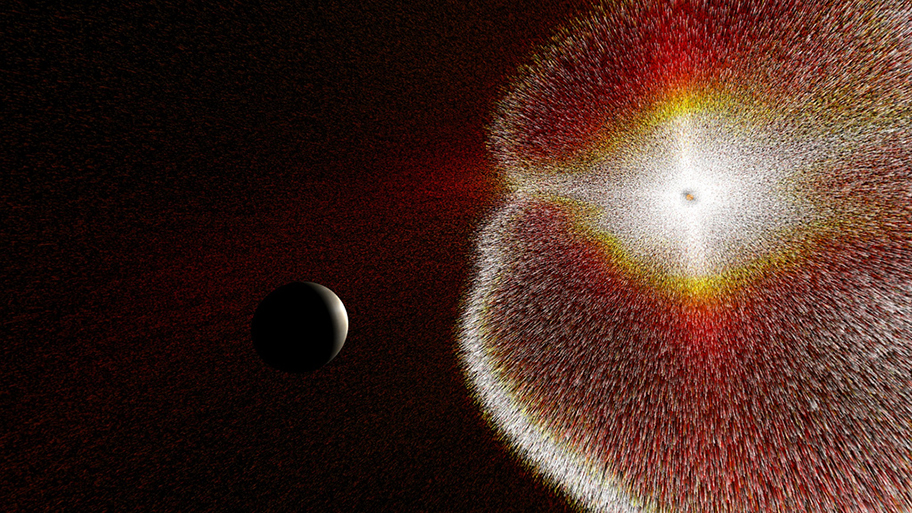 Joseph’s taken a similar track with his career. One of his earliest books was Gaia: The Growth of an Idea, which examines the history and influence of the Gaia hypothesis — the idea that the Earth acts as a living, self-regulating system that maintains the conditions necessary for life on the planet. Like a lot of new ideas, it faced an uphill battle for acceptance among scientists; even today it remains controversial. With his book, Joseph wanted to capture the energy of scientific disputation. He showed that the scientific world is not all Spock-like order and rationality, that it can be just as affected by orthodoxy and tradition as another other realm of human endeavor. He dedicated his book not just to the purveyors of the Gaia hypothesis, but also to "everyone who gives them a good argument." He likes to see things stirred up.

I asked him about that. He’s a science writer, but outside the scientific establishment looking in. What’s his role, then?

"To communicate and instigate," Joseph explained.

Instigate, of course, can mean either to set something in motion, or to provoke. Poke with a sharp stick.

"I enjoy [instigating] even more because scientists are not perfect, and they have become complacent in their areas of jargon and expertise. When they’re forced to debate in common language, in natural language rather in terms of their master, lots of things can happen."

Lawrence Joseph’s latest book is called Solar Cataclysm: How the Sun Shaped the Past and What We Can Do to Save Our Future. As I started paging through, the first thing I noticed was that it’s split into two sections, "Past" and "Future." Future, I noticed, is significantly shorter than Past. Seemed rather fitting.

Joseph’s 2012 books offer the readers a lot of possible doomsdays. Disaster a la carte, if you will. Not anymore. It looks like he’s figured it all out:

Solar blasts of plasma radiation... are going to knock out our electrical grid, leaving up to 100 million Americans and countless others around the world without electricity for months or years.

"I never really had a mission, or even thought about having a mission," he said, until he came upon a 2008 study by the National Research Council called Severe Space Weather Events: Understanding Societal and Economic Impacts. It’s a handbook of worst-case scenarios, and when Joseph read it, he imagined them all coming true. That’s how he settled on his definitive apocalypse, a solar storm. Under the barrage of massive solar activity, first, the global positioning systems will disappear. Then satellite communications will go offline. And finally, solar particles will cripple much of the power grid. Up to 130 million Americans would lose power, for months or years. And finally, the piece de resistance of our post-apocalyptic nightmare hellscape: as many as 104 nuclear power plants across the country could be expected to meltdown within six weeks. 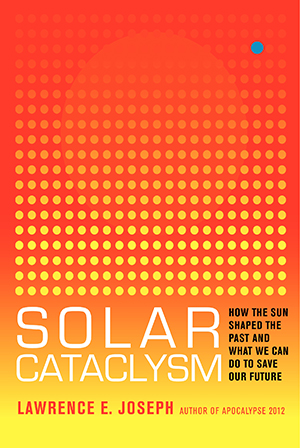 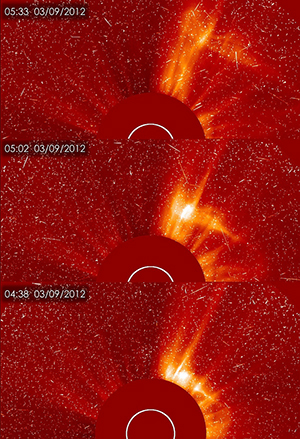 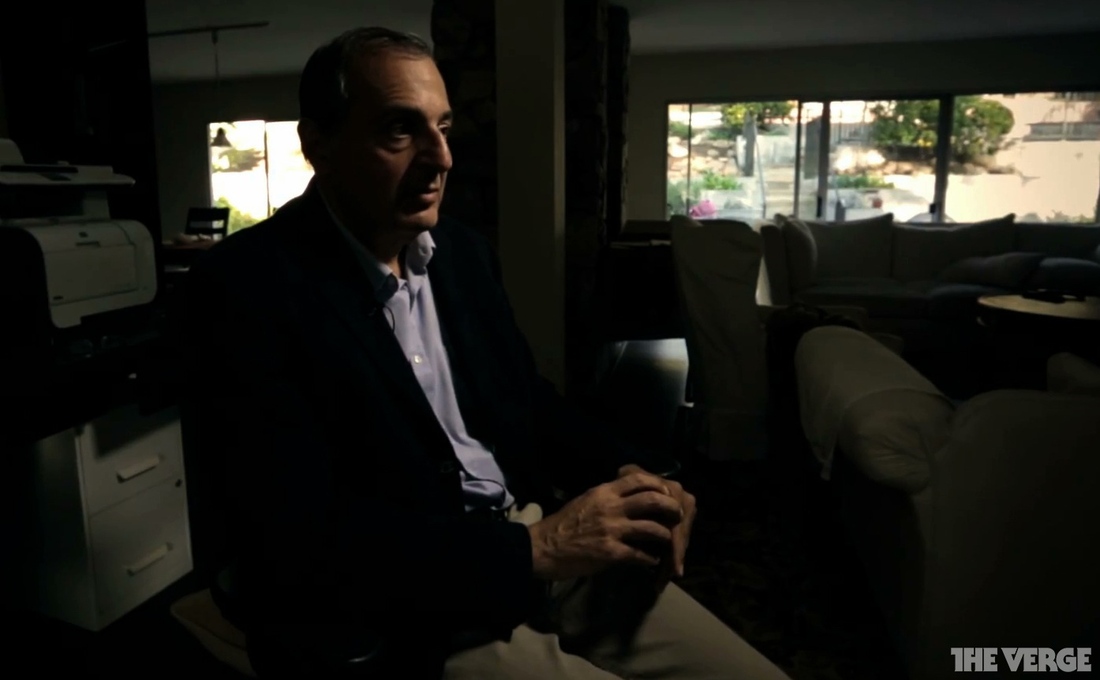 Solar Cataclysm, he told me, is his mission now. It’s part of his plan to take the Space Weather findings and popularize them. The vulnerability of the grid to solar storms, it turns out, can be alleviated by installing surge protectors. This isn’t really a matter of the sun trying to kill us after all, it’s a public policy problem.

"I’m 58 years old and I have an eight year old and an eleven year old," he says. "I’m firmly convinced that if not within my lifespan, within theirs, the power grid will be knocked out by solar electromagnetic pulse, a solar blast, if nothing’s done to protect it. I don’t want my daughter and son to have to go through what I think could well result in anarchy and horror. I’ve already logged a lot of good years. I don’t know how many I have left, but eight and eleven, they’re just beginning, and it means a lot to me that they be safe."

Then again, when I got home, I took out the copy of Solar Cataclysm I’d been traveling with. On the title page, Joseph had printed this message:

To Joe,
I’ve been wrong before.
LJ