The portrait above is of a man who goes by the name of Benjaman Kyle. He was found unconscious behind a Burger King in Georgia during the morning hours of August 31, 2004 in nothing but his underwear. When he came around, he couldn't remember his name or his past, and today, he remains a mystery. He still lacks a Social Security number — preventing him from receiving benefits or getting a job. The story, told in the short documentary Finding Benjaman, inspired artist Miguel Endara to create the hyper-realistic portrait of Kyle (above), according to Colossal. It was created using a technique called stippling, meaning that the entire piece is made up of tiny dots from a pen. Endara estimates the there are about 2.1 million dots in the piece, and he hopes that the work will help bring attention to Kyle's situation. Half of the proceeds will go to Kyle's search for his identity, and the artist is also pointing people to a White House petition to give him a new Social Security number. In the meantime: do you recognize this man? 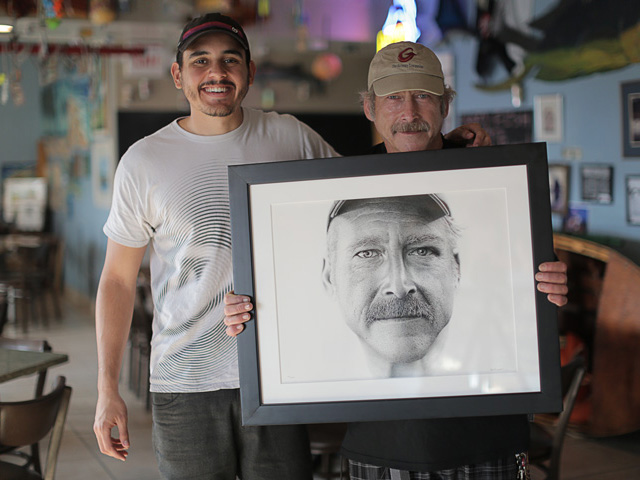