Verizon offers its own take on the Lumia 820

It feels like that needs to be said, because the midrange Lumia 820 series has been overshadowed by the big, colorful, flashy, in-your-face 920 since the launch of Windows Phone 8 a couple months ago. Heck, when Nokia announced the Lumia 820 and 920 in early September, the 820 barely got a mention — practically 100 percent of the attention was showered on the flagship model.

And after Tom Warren reviewed it recently, it starts to become clear why: the 820 is a forgettable device with a low-res WVGA display and boring design. Nokia obviously spent less time doting on it in the engineering and design phases than it did the 920, and it shows. There's just no hiding it.

Should you pony up for the 8X instead?

On AT&T, that makes the Lumia 920 an easy recommendation if (and only if) you're in the market for a Windows Phone from Nokia. On Verizon, though, the picture is a little murkier — the 920 isn't available, and the 820 is being offered as the slightly modified Lumia 822. Is it worth a look, or is the HTC 8X (for some $150 more on contract) the only Verizon Windows Phone worth your consideration right now?

As physical appearance goes, the 822 will garner mixed reactions. I say this because my own opinion on it flip-flops every few minutes. On the one hand, it's more sculpted than the 820 (and T-Mobile's even boxier 810), but on the other hand it doesn't diverge in a particularly stylish way. It's further hindered by the fact that Verizon opted not to offer it in any wild colors — which have become something of a Windows Phone trademark — and the fact that it's made entirely of cheap-feeling hard plastic. To be fair, the subpar materials are offset somewhat by the fact that the phone is shockingly heavy for its size: it's 3 grams heavier than the Nexus 4, 30 heavier than the iPhone 5. In fairness, heaviness can impart a sense of "solidness" and good craftsmanship, so it's a wash. But some may not like the unusual weight as much as I do.

It's also huge. Well, it's not empirically huge by modern smartphone standards, but it's huge for having just a 4.3-inch display (see HTC's superlative One S for how to do this screen size right, Nokia). Sitting next to my 4.7-inch 720p Nexus 4, for instance, the 822 is puzzlingly just as wide, nearly as tall, and actually quite a bit thicker. What's more, the unlocked 16GB Nexus 4 is $100 less than the 822, if you were to buy it unsubsidized. It's a very confusing time for smartphone economics.

The high-sensitivity touchscreen is awesome

I continue to love the touch sensor's "glove mode" that I was first introduced to on the 920 — it works just as well this time around, allowing you to interact with the screen through a glove or other piece of clothing (I used my shirt sleeve for testing). The display itself is bright and colorful with exceptionally black blacks. For a while, I was thinking, "this LCD is so vibrant that it looks like an AMOLED," only to later remember that it actually *is* an AMOLED. Part of the reason I didn't figure that out sooner is the lack of PenTile subpixel configuration — it's a true RGB grid — which means you don't get those weird jagged edges on bright objects on the screen. 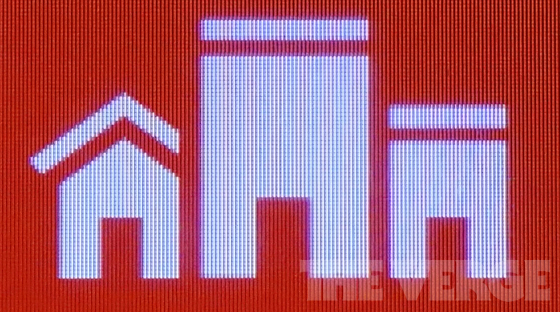 Of course, it's much easier and cheaper to avoid PenTile when you're at a low, disappointing 800 x 480 resolution. That would've been fine in a Windows Phone 7.5 world, but we're on 8 now. In some ways, the 822 is an exercise in contradictions between low-end and high-end specs, and the use of WVGA is a perfect example: just underneath the screen lie a dual-core 1.5GHz processor (the same that you'll find in the 920) and 1GB of RAM, both considered top-of-the-line just months ago. WVGA, meanwhile, has long since been supplanted. It would've been nice to see Nokia make this phone more of a mini-920 — think a modern Lumia 800 — than what it actually is, a pseudo-low-end Windows Phone that still runs $450 off contract and requires a minimum plan of $90 a month.

As performance goes, I have no complaints. And really, even first-gen Windows Phones on 1GHz single-core processors did a great job of flowing smoothly, so when you throw significantly more computing power at a WVGA display as Nokia has done here, I would expect no less. Sound quality and volume were both more than acceptable (though the default ringtone is strangely gentle, soothing, and impossible to detect anywhere beyond a quiet room). In my testing, I was able to stretch the 822 across multiple days without a charge while connected to LTE. In a pure talk time test, I got six hours and 15 minutes; Nokia rates it at "up to 10.2 hours," though that's only while connected to 3G. Unfortunately, the wireless charging cover is optional for the 822 — Nokia doesn't build it in, as it does with the 920 — and it's hard to justify spending an extra $40 just to get it. If you need a charging pad, that'll run you another $50 or more. 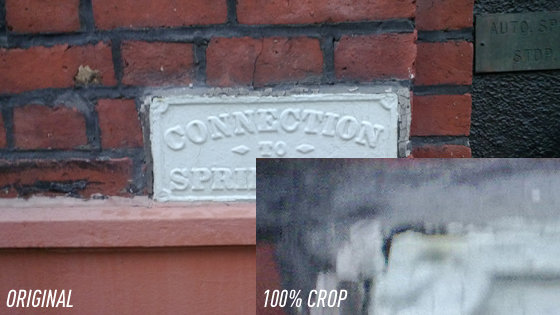 The 822's 8-megapixel lens — advertised, like most Nokias, as having Carl Zeiss optics — is middle-of-the-road. My standard verbiage for cameras like this is, "at least it's better than the Galaxy Nexus," and that's certainly true here, but that's not to say it's going to blow you away. Perhaps more importantly, it lacks the Lumia 920's almost eerie ability to light up the dark without a flash. The front-facing camera is weak (as most front-facing cameras are) — I found that it was constantly adjusting white balance while I used it, which could make video calls rather annoying for the other party. Unless they enjoy watching your face turn blue from time to time.

As with most Windows Phones, Nokia and Verizon have taken a very light approach with bundled apps here: it comes pre-installed with ESPN, My Verizon Mobile, NFL Mobile, Univision, and The Weather Channel. That's it, and they can all be uninstalled if you wish. There's also Data Sense, which is part of Windows Phone 8 itself but is only being rolled out on Verizon and other carriers who specifically green-light it — it significantly reduces the chances that a user will blow past their data limit and incur profitable coverage, so you can imagine why some networks are hesitant to allow it to be turned on.

But what exactly is Data Sense doing? Well, that's not entirely clear to the end user. The phone's description of it reads:

Data Sense's use chart should be a standard feature, regardless of carrier

In reality, it's a little more complex than that. It can prevent background apps from sipping data unbeknownst to you, and it can help you find Wi-Fi hotspots (amusingly, it kept offering up "attwifi" locations to me — I'm sure Verizon appreciates being able to offload its customers to AT&T's infrastructure from time to time). You can set it with a data limit that resets monthly or as a single shot that expires in a specified number of days, which is convenient for a prepaid account (or, theoretically, a prepaid SIM if you were traveling to another country and had an unlocked GSM Windows Phone with Data Sense enabled). Really, though, the most obvious feature of Data Sense to the user is that you can see your data usage in a concise chart, which should be a bog standard feature of any modern smartphone platform — Android, for example, has offered this for some time, no carrier blessing needed.

The Lumia 800, with a screen measuring just 3.7 inches, was a beautiful device intended to slot into the high end of Nokia's lineup (sales figures notwithstanding). With the possible exception of Apple, though, virtually every phone manufacturer has moved away from the notion that a smaller phone can be high-end — and that leaves us with the fat, under-designed Lumia 822 that we have today. Just imagine if Nokia had instead created a true 800 successor by scaling down the massive 920 and charging a few more dollars. I'd buy one.

Windows Phone isn't yet good enough or feature-complete enough to skimp on hardware — the app ecosystem will almost certainly improve over time, but the phone you buy today will be the same phone tomorrow. If you're going to pick up a Windows Phone 8 device this winter, make it one that rocks in as many ways as it possibly can — spend a few more dollars and get the 8X, which, despite its flaws, is unquestionably a better device than the 822. And remember that if you want wireless charging (a feature I didn't think I needed until I started to really use it), you're looking at perhaps another $100 or so beyond the price of the 822 itself for the cover and pad. Makes the $150 difference in contract price between the 822 and 8X seem a little more palatable, doesn't it?

Editor markup for the scorecard for Nokia Lumia 822. This is only visible in the story editor.