If you haven't ordered one yet, Google would like you to know about a nifty photo sharing feature called Photo Sphere on its Nexus 4 handset: a phone you couldn't buy right now from the Play Store even if you wanted to. That's because Nexus 4 supplies have been scarce and erratic since the phone's launch, with initial stock selling out in a mater of minutes — and those who already managed to get an order through are still busy waiting for packages to arrive.

In the spirit of the holidays, Google's ad is incredible on more than one level; the Photo Sphere feature, which allows users to take 3D panoramas, has never looked so good. (At least, not in any of The Verge's own tests.) And without photo post-production, it probably never will. Happy holidays!

Update: Verge reader David points out a curious discrepancy between the Nexus 4's screen and the scene in the room — it doesn't look like the Nexus 4 (at least not this Nexus 4) produced the Photo Sphere. 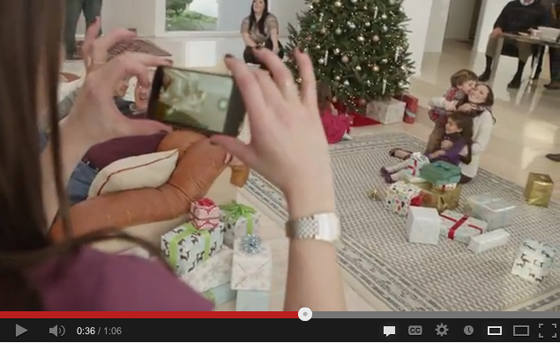