Electronics made from ethically-sourced materials are on the horizon, but it's not easy being green

Here’s something interesting you might find on a holiday wish list as early as next year: a fair-trade smartphone.

It’s an idea that’s been floating around for a while, a phone designed to have minimal impact on humans and the environment — and under FairPhone, a Dutch initiative for responsible tech, it’s quickly taking form. It’s a reminder that beneath the sleek shells of metal and plastic many will discover in their holiday stockings this year is a far less cheerful story. One increasingly familiar part of that story is the unethical treatment of factory workers, an issue which seems to arise again and again within even the most progressive sections of China's colossal manufacturing sector.

The full picture, of course, is far more complex. The precious materials used to construct those well-honed computational artifacts first have to be dug up by often-mistreated and undercompensated third world laborers, and go on to pose environmental and health concerns once the devices reach the end of their life cycle.

Complications like these make tackling ethical issues in the electronics industry a tall order compared to what would get you, say, a fair trade cup of coffee. Faced with labyrinthine supply chains and complex vendor relations, most manufacturers throw their hands up in defeat when faced with the prospect. Nevertheless, FairPhone has concrete plans to launch a more ethically-sourced smartphone in 2013, and they’re hoping others in the industry will play along.

"We know we can’t change the system overnight."

It won’t happen without a huge amount of effort, however. This monumental task means opposing the industry's status quo, and must cater to a long list of different social and economic factors, making Fairphone the starting point in an ongoing project, rather than a final solution.

"We know we can’t change the system overnight as a small player with little leverage," says Bas van Abel, FairPhone's director and CEO, "but we think we have to make it tangible, raise awareness step by step." 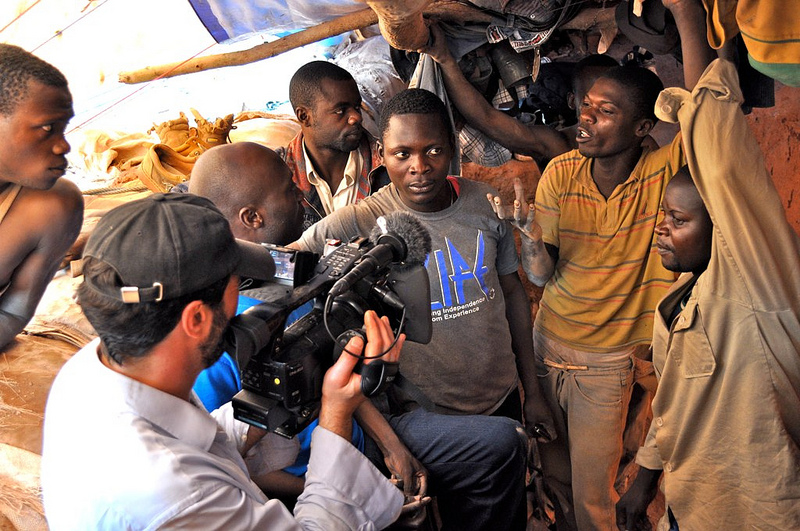 The quest begins at the source: the hazardous Congolese mining colonies where rare earth minerals like tantalum and tungsten are extracted to make cellphone components. The Democratic Republic of Congo is resource-rich, with a combined annual mineral and oil export of around $4.2 billion, according to a 2009 estimate from the Internal Monetary Fund. However, mining operations are commonly seized and exploited by tribal militias, redirecting profits to fund violent conflicts throughout the country. In the eastern DRC, these groups have been responsible for some of the most appalling humanitarian atrocities in recent history, including indiscriminate mass-killings, rape, and the forced recruitment of child soldiers.

To curtail this, recently implemented SEC regulations brought on by the US Dodd-Frank Act of 2010 will begin requiring companies to investigate and disclose whether their products are being sourced from known conflict zones inside the DRC. International groups like the Organisation for Economic Co-operation and Development (OECD) are helping companies inspect their supply chains to meet these regulations, but there’s also been debate as to how the bill’s effects will play out in the long-term for miners.

Initial reports have actually found a devastating impact on artisanal miners, as US firms begin to simply avoid the DRC entirely. Violence has also escalated recently, following the M23 rebel group’s takeover of Goma, the capital of the DRC’s North Kivu province. And even in non-conflict areas, many miners are negatively impacted by poor working conditions and environmental health hazards. 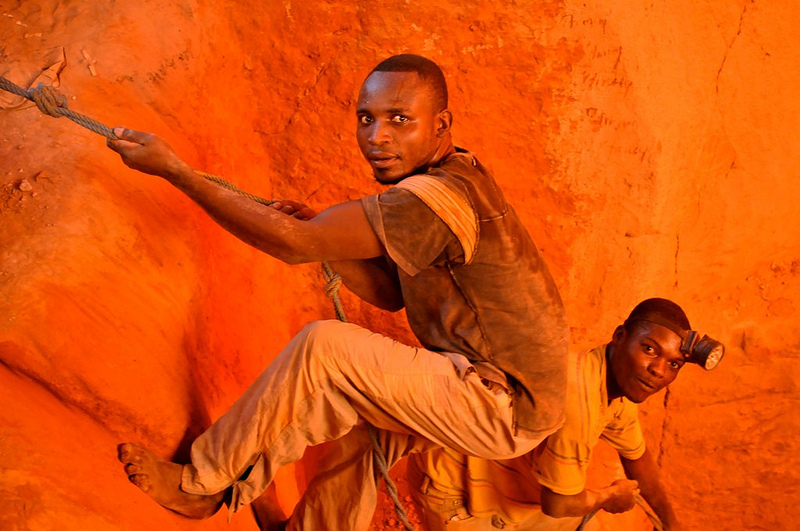 The solution is difficult, but not impossible: truly conflict-free materials depend on the due diligence of both foreign buyers and mining companies, as well as local advocacy to ensure that miners are organizing to demand safe working conditions and fairer prices for their product.

"Getting to fairly traded minerals involves catalyzing structures that help communities work for their own empowerment," says van Abel. Last year he and the FairPhone team, working with groups like the Conflict-Free Tin Initiative, visited mining villages to speak to inhabitants and find safe sources of tin and tungsten for the FairPhone. "This story is rarely told, and while the Dodd-Frank Act has its merits, it fails to account for the impact on small miners [who] are dependent on this trade. We want to make a difference by sourcing conflict-free minerals from the Congo rather than avoiding it in totality."

Problems persist in other important areas. At the design and manufacturing levels, some of the newer machines these materials are used to create are becoming increasingly difficult to disassemble and repair, meaning that when they finally bite the dust, a good chunk of them wind up coming back to those developing nations, dumped into sprawling landfills of scrap metal. In 2010 alone, mobile devices generated 19,500 tons of e-waste. And since many residents of these areas lack the skills and equipment to properly recycle the scrap, much of it is smelted down or simply burnt, releasing toxic fumes that wreak havoc on public health.

On this front, FairPhone is working with recycling coalition Closing The Loop to buy discarded scrap from affected areas, processing what can be safely recovered locally and shipping the rest to professional recyclers in Europe. FairPhone itself is also working out a roadmap to make its devices "radically open and repairable," but van Abel says it'll take "a legion of believers" to give them the necessary leverage first. 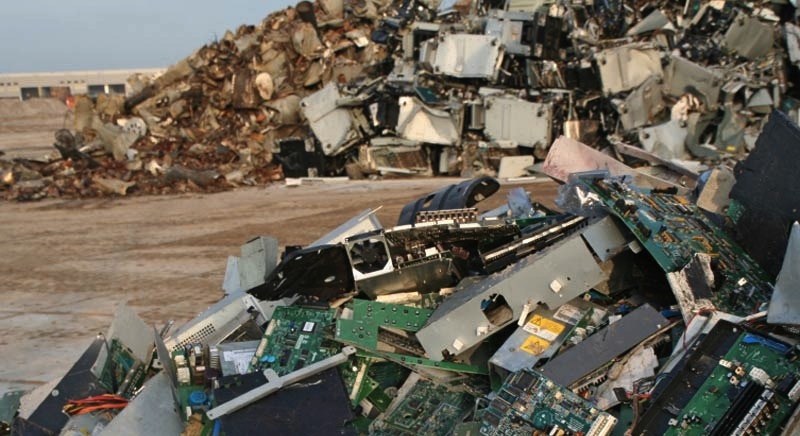 And then there is the most obvious question in all of this: How can a fair trade phone hope to penetrate a market that has been weaned on cheap, fast, and frequently-replaced consumer electronics?

"In the end, consuming is a political act."

Though popular wisdom suggests that such a phone would be unreasonably expensive, van Abel insists FairPhone is ready to offer quality and competitive pricing in addition to ethical sourcing. They also want to make it open: for the software, FairPhone is looking at the new Firefox OS, though their first model will likely run Google’s much more stable and market-tested Android. The size, look, and specs remain a mystery, for now. But van Abel says the phone will use existing tech and gradually incorporate more ethically-sourced components over time. "Our first product will be using off-the-shelf technology, as we want to have a solid phone from this perspective at first go," he explains. "We also want to make clear that we want to reach a scale in which our vision and mission continues to ring true."

The initial results will be an important first step, but the mission is as much about activism and outreach as it is about the physical product. FairPhone has received support from Vodafone in the Netherlands, and Dutch telecom KPN has already signed on to buy 1,000 phones. The rest of the first run (up to 5,000 units) will be sold directly to consumers through FairPhone's website in late 2013.

"We want to create ownership by engagement, which we think will result in more responsible consuming," says van Abel. "In the end, consuming is a political act, but to buy politically, you need to understand your responsibility in the whole system."