From anthrax to global enslavement in three easy steps

Share All sharing options for: The End IV: Pandemic

Before we got down to the business at hand, I had to ask: who came up with the title Germs Gone Wild?

“That was me,” he replied. “My editor came up with the rest,” referring to the book’s subtitle: How the Unchecked Development of Domestic Bio-Defense Threatens America.

I still think that Germs Gone Wild would make a great reality show. At the very least, they should put The Real World on Plum Island for a season.

Located off the coast of Connecticut, Plum Island is the home of the Plum Island Animal Disease Center, a DHS-funded facility that studies things like hog cholera and foot-and-mouth disease. The Department of Homeland Security is currently in the process of moving it inland, to Manhattan, Kansas.

Kenneth King isn’t the first person you’d expect to take on the biodefense industry. In fact, he was blissfully unaware that such a thing even existed until early 2006. It was then that a report on the local TV news highlighted opposition to the Department of Homeland Security's plan to build a research facility in Manhattan, Kansas, to study and develop countermeasures against animal, emerging, and zoonotic diseases. Zoonotic diseases, King learned, referred to those that could be transmitted from animals to humans.

His curiosity piqued, King started researching bioweapons and biodefense research. What he discovered was an industry run amok, flush with funding after 9/11 and the subsequent anthrax attacks. Instead of focusing on public policy and public health, the biodefense industry — which King refers to as the "Academic-Military-Industrial complex" — is playing on public fears and genuine concerns to make billions through risky and sometimes outright dangerous research into everything from anthrax and smallpox to hemorrhagic fever and the plague. The growth hasn’t stopped: by 2013, biodefense will be an estimated $5.54 billion business.

As King sees it, a lack of oversight has created a dangerous regime of unchecked expansion, one "almost certainly a greater danger to our country than any current would-be bioterrorists." As the biodefense industry grows in scope and power, so too does the chance that one day, someone somewhere will mess up, unleashing a deadly plague as a result. 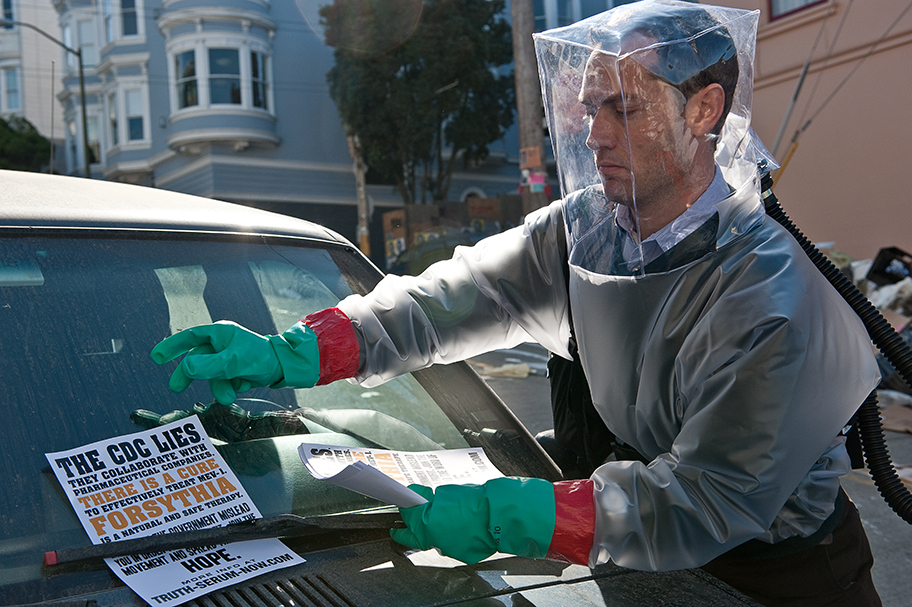 One criticism leveled at King is that — the legitimate fears and concerns notwithstanding — he doesn’t believe in the necessity of some biodefense research. This is an important question, but with all the momentum behind biodefense, it’ll probably be some time before there is a serious discussion about whether the current approach is desired, or even justified. At least, this much is true for Washington, DC. But it’s not like that’s where the majority of the national conversation is taking place anyways.

Like Kenneth King, Laurie Garrett is devoted to battling deadly disease outbreaks. But where King is an outsider, Garrett has the bona fides to address these topics, including graduate school at UC Berkeley’s Department of Bacteriology and Immunology, and a string of awards for her medical journalism. Her published books include The Coming Plague: Newly Emerging Diseases in a World Out of Balance, Betrayal of Trust: The Collapse of Global Public Health, and I Heard the Sirens Scream: How Americans Responded to the 9/11 and Anthrax Attacks. As Senior Fellow for Global Health at the Council on Foreign Relations, she deals with issues including SARS, avian flu, malaria, and the intersection of HIV/AIDS and national security.

Garrett is the person you’re likely to catch on C-SPAN. King’s more of a Conspiracy Theory with Jesse Ventura kind of guy.

That is, until Contagion.