The End V: The rapture

If you can read this, the world hasn’t ended yet

Share All sharing options for: The End V: The rapture

Pastor Harry Walther is in his late forties, a self-styled Christian preacher more or less since age 18, when he first read The Book of Revelation — and it blew his mind. Before that, the Philadelphia native was as a typical teenager. His pride and joy was a 650 horsepower ‘69 Hemi Mustang.

Since then, Pastor Harry has devoted his life to his ministry, establishing The Church of Philadelphia-Internet in 1999. He moved to rural Montana with his wife early this year.

Visitors to the Echo Lake Cafe on Swan Highway 83 have a couple options. You can order a big breakfast, settle in, and wait to see if Bigfork's most famous resident — Faceman from The A-Team — makes an appearance. Or you can head into the mountains to talk "bible code" with Pastor Harry. I thought over the options, and it wasn’t easy. But eventually, I think I made the right decision.

Faceman would have to wait.

Pastor Harry lives in an RV in a disused horse corral, above which has been built a peaked roof to protect his home from all that crushing Montana snowfall. His dwelling resembles the picture of Noah's Ark in the Illustrated Children's Bible, which thrills the preacher to no end.

Inside quarters are cramped, providing just enough room for the man, his wife, their dog, a television, and the computer he uses to broadcast Doomsday Talk Radio several nights a week. He likes to keep it dark: the Christmas lights and the monitor’s glare are plenty enough light. The additional low-powered light we brought was too much for him, so he did the interview in wrap-around shades.

He explains the situation: we are living in the End Times. He brought his wife to Montana to protect her from the chaos that’s bound to engulf the cities. Economic collapse, terrorism, and a war between Israel and Palestine are the main parts of Lucifer’s plan. Of course, he’s the only person that knows all this. Sure, people know bits and pieces, but no one sees the big picture like he does.

When he’s not broadcasting, he’s combing through the Hebrew Torah with a "bible code" software package. He’s looking for meaningful sequences of characters organized in an ELS (Equidistant Letter Sequence) letter array. These are the messages that help him interpret world events.

Here are a few secrets that Pastor Harry has unlocked over the years: 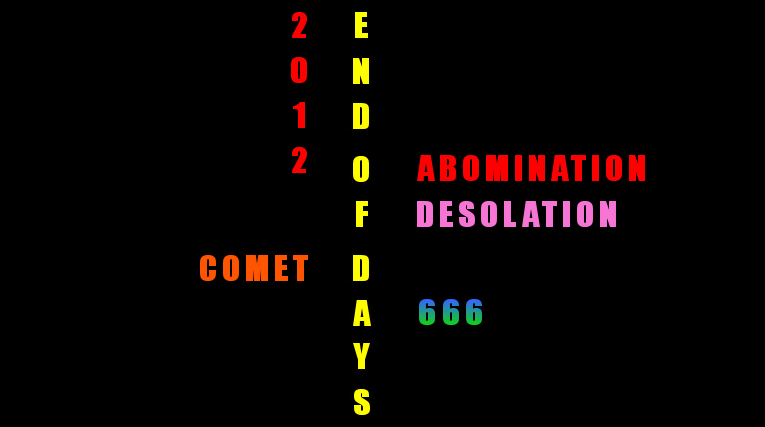 Note: the actual work is done with the Hebrew text of the Torah. Pastor Harry translated his results into English for the layperson.

This one is more recent:

HARRY WALTHER - PROPHET OF THE GOD MOST HIGH

MESSENGER - THE WORD OF THE LORD YOUR GOD

I was totally ready to take Pastor Harry seriously as a Doomsday Prophet. He had a certain post-apocalyptic something going on already. but there was one problem. There was no gravitas when he spoke. Even if he held the keys to the mysteries when he delivered them, they came out as... opinions. 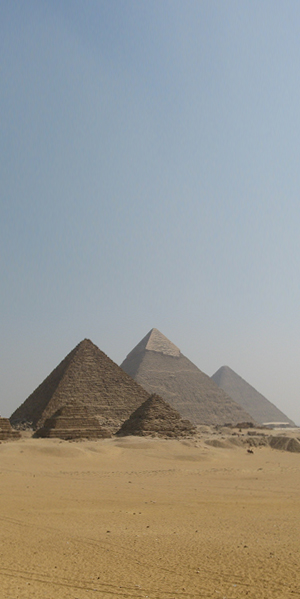 Pastor Harry explained it to me again. He never seemed to get impatient, which is good since I often needed him to explain things a few times.

According to all the available data, the ancient Maya were set up.

The mastermind was Lucifer, the angel that God cast down from Heaven. At the time of the great cataclysm that destroyed all life on Mars, a Martian escape craft made it to Earth. The bodies of the dead and dying crew were animated, but remained under Lucifer’s control.

"That would give the devil a spaceship and a crew," Harry said. "So now, they could have been the god of these ancient worlds."

The goal, of course, is world government.

At the chosen time — 12/21/2012 — a spaceship will arrive, either in Cairo or Jerusalem. It will land, and slowly a hatch will lower. A man will walk out, his body partially obscured by the shadows. The massive crowd will grow eerily silent, pinned to the spot in primal fear.

The man faces the crowd. He looks like he walked straight off the cover of a romance novel.

"This Mayan god that’s supposed to return," Harry explains. "He’s caucasian. He’s white. He probably has a good tan, but he’s a caucasian and he’s a giant — over seven feet tall. They describe him as having long flowing hair and bright blue eyes. In all the ancient Mayan statues, if you see the statues they make, they always made their gods have blue eyes. Yet, they were an Indian people and that’s pretty rare. I believe the god of the Mayans could have easily been an extraterrestrial. The great savior of all religions, faiths and creeds."

Pastor Harry really isn’t as weird as you might think. Or perhaps more accurately, there’s plenty of weirdness to go around. His vision of Christianity is not unique — it extends backwards in time, through the Left Behind books and Hal Lindsey’s The Late Great Planet Earth, to something called The Scofield Reference Bible. This book, which featured the text of the King James Bible on one side of the page and Cyrus Scofield’s interpretation opposite, ultimately put the Christian theology called dispensationalism on the map. This is Christianity as dystopic science fiction. Whenever you catch a televangelist using The Book of Revelation as the lens through which he views Middle East politics, you can blame Cyrus Scofield.