Days after a photo showing the back of RIM's upcoming BlackBerry 10 N-Series smartphone leaked, a new photo has given us a proper look at what the phone will look like. A post on Chinese site cnBeta revealed the handset, which will offer a capacitive touchscreen alongside a QWERTY keyboard, but doesn't offer any further details. It looks quite a lot like Bold devices of old (especially the 9900), but has a significantly larger display, and straight keyboard rather than the curved layout found in most BlackBerrys.

RIM is expected to launch the N-Series smartphone alongside a full touch device (which has been extensively leaked already) at an event on January 30th. Both devices will be running BlackBerry 10, the Canadian manufacturer's new operating system. 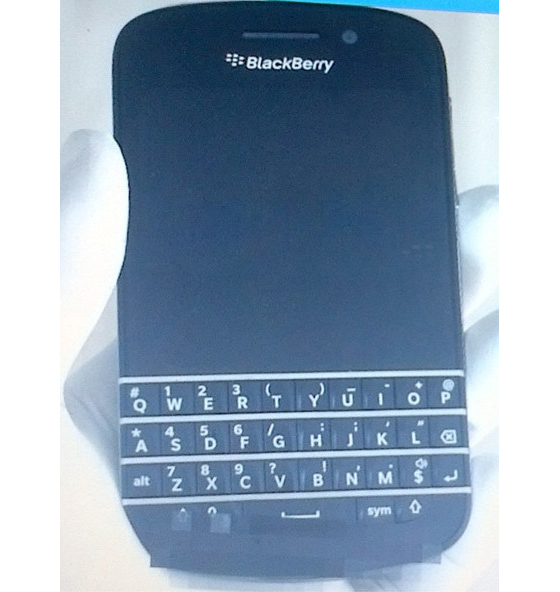