Home for the holidays: how to use today's technology to bring your family closer together

Gadgets can isolate us, but they don't have to

Share All sharing options for: Home for the holidays: how to use today's technology to bring your family closer together

Traditionally, the holidays are for family. For many people, it’s a chance to see family members that may live a great distance away, spend time with new in-laws or new arrivals, and of course, exchange gifts. But frequently, those very gifts actually separate us from our family, isolating us from others. Popular items such as smartphones, tablets, and video games can encourage us to run away from our family and hide in another room playing with our new toys. But that doesn’t have to be the case. In fact, these new high tech gifts can actually encourage us to spend more time with our families — and can make that experience better than it’s ever been.

Since everyone from Grandma to your eight-year-old sister seems to be carrying a smartphone these days, why not play some cross-platform games with them that lets everyone use their new toys without isolating anyone? Words With Friends, the ubiquitous mobile game that takes Scrabble and makes it social, can be found on almost every mobile platform these days, so that cousin of yours who insists on using a Windows Phone needn't be left out. Your relatives that still haven’t moved over to a smartphone or tablet can even play through Facebook on a Mac or PC. Likewise, games such as Draw Something, Uno, and even the EA’s version of Scrabble can be played across platforms with other family members.

We know what you are going to say: "But I can play these games against my family members any time, even when I’m holed up in my bedroom ignoring the holiday goings-on." Sure, that may be true, but clearly you’ve never felt the satisfaction of totally crushing your brother-in-law during a game of Words With Friends and being able to gloat about it in person in front of your entire family.

If you’ve got multiple iPads or iPhones in the family, Spaceteam is a great way to yell at your family members. Each player is given a random control panel filled with technobabble, and you’ll have to work together to control a rapidly breaking spaceship. But it’s not just a simple button mashing game: players are given the necessary instructions for other people’s control panels, meaning that they’ll have to shout across the room to keep the spaceship intact.

Other options for mobile games include "pass and play" types like Carcassonne, which encourage users to share a single device and pass it around for each turn. Carcassonne even comes with an easy mode for the little ones to pick up and run with. But if you're want something a little more action-heavy, the frantic fun of Fruit Ninja includes a split-screen mode so that you can slice pineapples alongside grandma. If you’re not afraid of actually touching your opponents, the Twister-style Fingle is a great way to get up close and personal with family. Then again, a game doesn't necessarily need a multiplayer mode to be fun to pass around: sometimes two heads are better than one when it comes to getting three stars in Angry Birds Star Wars levels, and it's always useful to have a second pair of eyes in word games like Spelltower.

If your family is more interested in sitting down for a slower-paced game, you should check out Catan HD — the tablet version of the renowned Settlers of Catan board game.

Even if you don't come from a family of gamers, there are plenty of ways to enjoy those boxes sitting under your television this holiday season. Rock Band and Guitar Hero may not be as popular as they once were, but that doesn't mean they aren't still a whole lot of fun — and the holidays are the perfect time to dust off your collection of plastic instruments. The sheer range of downloadable songs available, including recent additions like "Call Me Maybe," means that it's pretty easy to find a song that just about everybody knows, and if there's someone who's intimidated by rocking out on a plastic guitar? Well, looks like you just found your lead singer.

If you just want to enjoy some music without having to bother with plastic peripherals, Harmonix's Dance Central series is the way to go. Your aunt may have heard about this weird new Kinect thing, but she probably hasn't actually tried it, so maybe it's time for her (and the rest of the family) to hit the dance floor. Not only is it a fun way to whittle away the hours waiting for Santa, but rocking out to "Gangnam Style" will also help burn off those holiday pounds. 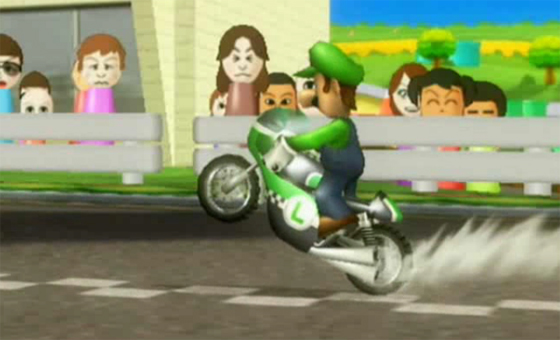 For something a little more competitive, nothing beats 'Mario Kart'

For something a little more competitive, nothing beats Mario Kart. The infamous blue shell is gaming's great equalizer, which makes just about every incarnation of Mario Kart perfect for family play time. The Wii version is great for gathering around the television, and if you have the gear there's also plenty of fun to be had with the multiplayer modes in the DS and 3DS versions. But if you're looking to add a little cooperative play to your competitive racing, we suggest dusting off that Mario Kart Double Dash disc for the GameCube: the tag-team mechanic is the ideal way for veterans and newbies alike to play together.

While you've got that Wii out, it's a great time to revisit a family-fun classic, Wii Sports. Remember having everyone huddled around the TV, swinging their arms wildly while playing golf or boxing on that shiny new Wii? Those mini-games remain as fun as ever. And with the addition of Wii Sports Resort, you have even more choices to play through this time around. Now is the time to remind yourself what a case of virtual tennis elbow feels like... and you’re going to need to kill some time while the new Wii U updates anyway. 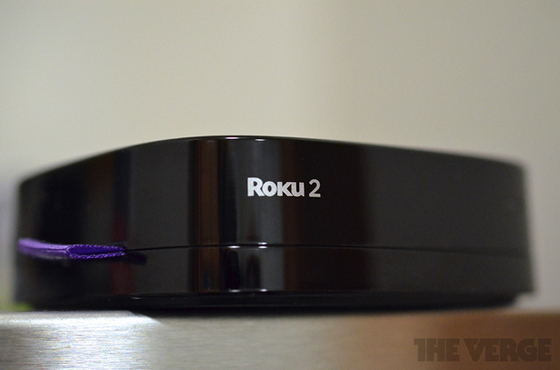 Mobile devices aren’t the only popular things given as gifts this time of year — set-top boxes and smart TVs are all the rage too. Why not take that new, connected internet TV experience and turn it into a shared experience with the entire family? Once you are sick of watching A Christmas Story on cable for the thousandth time, you can gather everyone around the set and stream holiday classics like A Wonderful Life (Netflix), A Charlie Brown Christmas (Hulu), or Miracle on 34th Street (iTunes).

If you're tired of the oldies — and you’re okay with exposing the young ones to a little action and blue language — then use your set-top box to stream other holiday favorites like Die Hard or Kiss Kiss Bang Bang. Wrap up the evening with some selections from the James Bond series or the John Hughes classic Home Alone.

Then again, if children outnumber the adults in your family, give Matilda, Rango, or The Secret of Kells a shot.

Cooking with your new technology

One of the most common things that people do during the holidays is eat, and that means that someone has to cook or bake all of those tasty treats. That gives you a perfect opportunity to get everyone involved — even the kids — in baking, cooking, and decorating holiday confections. Apps like Food Network’s In the Kitchen (available for Android and iOS) and Big Oven (for Android, iOS, and Windows Phone) offer recipes and pictures to walk you through making all of those holiday favorites. Jamie Oliver’s apps provide even more recipe options when you’re out of ideas in the kitchen.

Don’t be the person who sends an email with a dozen family snapshots as huge attachments. Instead, try a photo-sharing network like Flickr, Instagram, or — if you’re a more ambitious family photographer — 500px. (For the holidays, Flickr is offering new and existing users three months of its Pro service for free, giving you unlimited uploads and high-res downloads.)

If you want to try something a little fancier on your phone, Big Lens offers some some advanced photo editing and filtering tools. For video, you can add some excitement to your films with Action Movie FX, or try to capture everlasting moments with Cinemagram.

Gadgets can isolate us, but they don't have to. Chances are good that a lot of people in your family are going to get some sort of technology as a gift for this holidays — but as you can see, it’s not hard to integrate it into your existing holiday celebrations. In fact, your new toys can make the whole holiday experience more bearable than ever.