Roboy, a childlike robot with artificial tendons, being built over nine months

Share All sharing options for: Roboy, a childlike robot with artificial tendons, being built over nine months

When it comes to building a robot, humanoid designs aren't always the best solution — specialized, nonhuman shapes often make it more effective, and the robot may fall into the frightening, quasi-human "uncanny valley" if it resembles a person. But Roboy, a project from the Artificial Intelligence Laboratory of the University of Zurich, isn't just meant to move like a human — it's being built in the nine months a child would take to gestate. The project started in June 2012; if all goes right, Roboy will be shown off during March's Robots on Tour exhibition in Zurich. The designers are also attempting to crowdfund development, selling space for logos or names on Roboy's body and other rewards for between 25 and 50,000 Swiss francs ($27 to $55,000). Eventually, Roboy could be mass-produced as an aide for the elderly or other people who need live-in help, an idea that's already being pioneered in Japan. 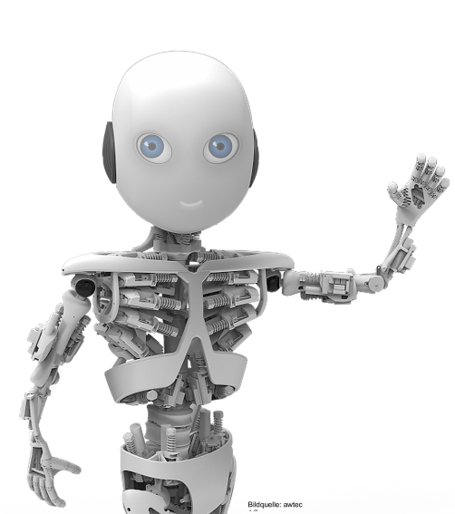 In some ways, Roboy is like any number of service robots, which are often anthropomorphic (and must even deal with human gender stereotypes.) In this case, though, researchers are focusing on humanoid movement, not just looks. Roboy is being built with a system of artificial "tendons" that are meant to give it more natural movement, rather than the mechanical pop and lock of many robots. So far, some arm movement can be seen below, but it's not going to be fully assembled for another month according to the timeline. Also, while the robot will technically have been built in nine months, it's based on Ecce, an older anthropomorphic robot with a tendon system. Unlike Ecce, though, Roboy will be more comfortably cartoonish — developers have even designed a face that's far less terrifying than the one shown in this earlier PDF brochure. The skeletal body will also, at some point, be covered in "soft skin."