Photos of the strange Apple computers that never were

Photos of the strange Apple computers that never were

Earlier this year we got to take a peek behind the curtain to see what Apple's design process for the iPhone and iPad was like, and now we're seeing some Apple II and Macintosh product designs that never came to be. Designboom has an assortment of images, culled from designer Hartmut Esslinger's new book Design Forward, along with some excerpts from the text. Esslinger helped found Frog Design, the company that partnered with Apple to create the look of many of its products in the 1980s and '90s, including the "Snow White" design language that first saw the light of day with the Apple IIc. The featured designs cover a range of products, including a tablet and phone hybrid called the "Macphone," a desktop slate computer with external keyboard and stylus, and a blue and grey riff on the classic Macintosh design that looks straight out of 2001. Be sure to check out the full collection for a glimpse of the Macs that could have been. 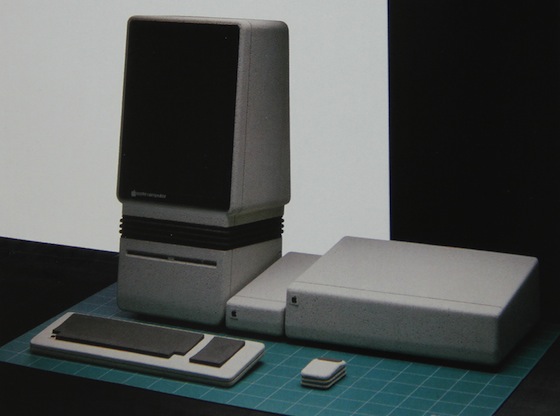