Simple and addictive, 'Highgrounds' is 'Magic the Gathering' for the web generation

Share All sharing options for: Simple and addictive, 'Highgrounds' is 'Magic the Gathering' for the web generation

Scott Brodie was feeling stuck. A former producer for Xbox Live Arcade, he left Microsoft in the fall of 2010 to form his own company, Heart Shaped Games. He released his first title, Hero Generations, a year later. "I did everything by myself, the design, art, and code." The game was well received, an IndieCade Finalist, but wasn’t making enough money to break even. "I spent a lot of time trying to secure a financial partnership that could help me finish the game out right. The initial reception of the game got me in the door to talk to some 30 different publishers/developers/investors. But, well, none of the leads panned out."

By the fall of 2012, Brodie, who just had his first child, was in a creative and financial rut. He decided to take a break from Hero Generations and began playing a lot of Magic the Gathering with his friends. It reminded him what made the classic card game so great, and he wondered if he could translate that for the lightweight world of web games. "It really started as a personal challenge for me to make a card game that was addictive like Magic, but stripped out a lot of the additional complexity that in some ways makes it a little inaccessible." 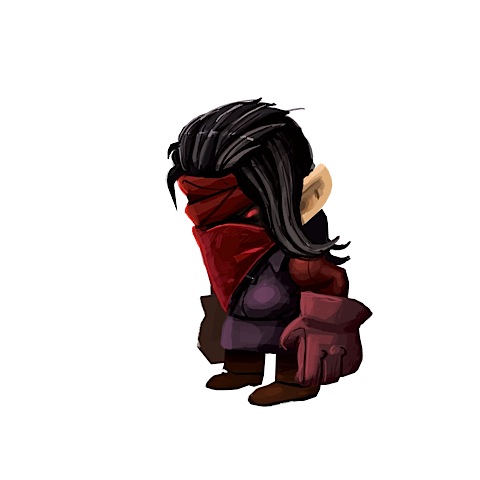 The result was Highgrounds, a Flash based game for the browser, which launched in open beta December 10. The vital signs, so far, are off the charts. "We wanted a few hundred people to come in so we could start beta testing it," says Brodie. In the last two weeks, more than 5,000 users signed up, many of whom have spent money purchasing additional units, with gamers averaging of 22 minutes per session playing. While its still too early to know for sure, it seems Brodie has a hit on his hands.

"We assume we're not going to make any money in the first few months."

The game has takes its basic mechanics from real time strategy and collectible card games: you need to summon units to protect your city and attack your opponents. Positioning units in front of or behind your city walls activates different sets of abilities. Some units enhance each other, some cancel one another out. Tactics and planning play a big role, but there is also an element of chance, both in what units you draw each turn, and the fact that you and your opponent don’t know how the army facing you will be arranged that turn.

A number of other web games take a similar approach, with one key difference. "At first I wasn’t sure if it was going to be the collectible thing, like Dominion or Seven Wonders, even Hero Academy to some extent," says Brodie. "They all have kind of a fixed structure where there are these constructed teams, but it quickly seemed clear there was a lot more interesting stuff to be done if we let you build your own deck."

A big part of the Highgrounds success stems from a partnership Brodie formed with Spry Fox, a veteran game shop behind hit titles like Triple Town and SteamBirds. As Spry Fox CEO David Edery explains:

"About 2 or 3 months after Scott began working on Highgrounds, he showed it to [Spry Fox co-founder] Daniel Cook , who liked it and was happy to give Scott advice on how to improve and evolve it. Eventually, Dan came to me and said (to paraphrase) ‘Scott's doing great work and his game is shaping up nicely. And we don't have anything like it in our portfolio. We should ask him if he'd like to formally partner with Spry Fox on polishing up and launching the game commercially.’"

With Spry Fox handling the QA, community management, marketing, business development, and legal busy work, Brodie was free to work full time on the game, and he threw himself into it 24/7. "Typically when we put out a game in beta we assume we’re not going to make any money in the first few weeks or months, because we know the game is missing some big pieces and will have issues and unexpected bugs," says Edery. "So Highground’s success has been a very pleasant and encouraging surprise. We’re going to be throwing additional development and design resources behind it to capitalize." 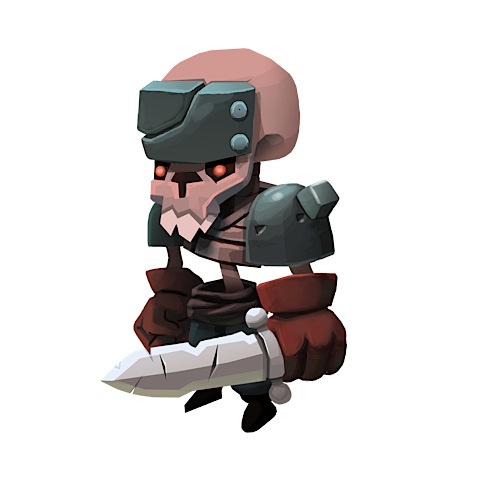 While the gaming industry has increasingly focused on mobile, Brodie and Edery say for them, it will always be browser first. "It’s so easy to iterate there, without having to worry about getting bogged down in app store approvals or device compatibility issues," says Edery. "Once you get it to a mature place, where the game and community are really strong, then you can take it to mobile."

There are dangers to this approach as well. "Increasingly you worry that some unscrupulous company will see your success and move it to mobile first," says Brodie. "That is something we didn’t have to worry about five years ago."

People are so dazzled by mobile they forgot about the web

But overall, the pair says the web is becoming more attractive with the growth of mobile, not less. " I think a lot of people have become so dazzled by mobile that they have forgotten there is this whole other world out there," says Edery. "We have been playing in that world for a long time and its always treated us very well. There is no reason for us to turn our back on it favor of mobile. SteamBirds reached 20 million people on the web before anyone on mobile had even heard of its existence. We literally did not pay a dime in marketing. Why wouldn’t you be doing that? It feels to us like the web is this fertile ground for gaming that other people are ignoring."

The team rolled out its biggest changes to date last night, creating a weekly tournament and for the first time, rewarding players with units for winning multiplayer matches, something users had been clamoring for in the forums. "I learned a lot from this partnership," says Brodie. "Number one, polish is really important. UI, tutorial, the store, etc. Spry Fox is really good at identifying what's necessary to build a successful product, not just a successful game. A number two," he says with a laugh, "don’t try to do everything myself." 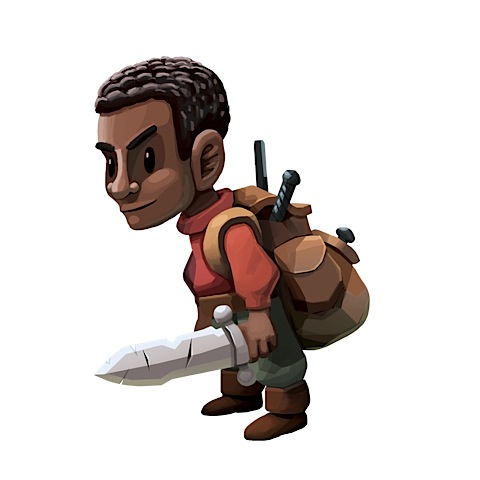