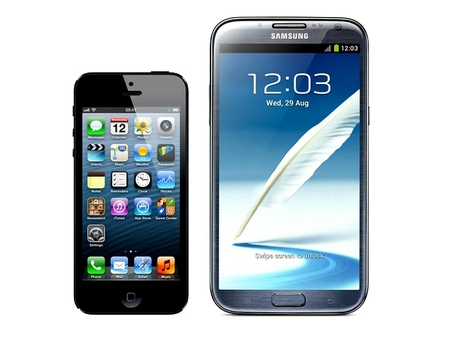 Mountain View at California seems to be a busy center now. Google is stepping up the gas on the march towards a holistic environment and experience for the consumers. Android 4.1 took the users to a different level of super smooth experience, almost slippery. Even the customized skins being offered by the manufacturers are being done keeping usability in mind, most notably by Samsung. They've dished out superior quality smart phones one after the other. Their Note franchise, particularly, has been a best selling proposition.

Ed Zitron is a former games journalist and a publicist in New York City. Recently, Ed did a comparison of two best selling phones in the market today: Samsung Galaxy Note 2 and the iPhone 5. Read about the head-to-head match-up of both these phones and the operating systems in his article in Forbes.

This is what Ed has to say about both the companies:

Apple needs to inject some life into its aged OS. Even with the addition of Google Maps and Gmail, they're still playing second-fiddle to a company that seems to have worked out their mobile better - though not more profitably - than they have,

What are your thoughts about this issue? Do you really think both the companies need a different game-plan?

My Blog | My FB Page