Editorial: the one thing Congress can agree on is violating your privacy

Share All sharing options for: Editorial: the one thing Congress can agree on is violating your privacy

This week, as Congressional incompetence threatens to plunge the US into another recession, it's comforting to know that Democrats and Republicans can still agree on at least one thing: that the US government should have the unquestionable authority to spy on its own citizens — in secret, without a warrant, and absent of any semblance of transparency.

That's the bipartisan message Congress is sending with the Foreign Intelligence Surveillance Act (FISA) Reauthorization Act of 2012, a bill which passed through the Senate yesterday unscathed by any of the four amendments which sought to strike a balance between civil rights, transparency, and national security. Being as how President Obama has already expressed his support, the bill’s passage all but guarantees the preservation of expansive government spying powers that were set to expire by the end of the year, allowing US intelligence agencies to continue their warrantless wiretapping programs for the next five years.

You'd think that in a world where a good portion of us carry tiny computers that leave trails of sensitive information everywhere we go, it might be reasonable for law-abiding citizens to ask that their private communications and data receive the same rigorous protections as, say, a briefcase left in our home — or that we should at very least have a right to know to what extent our data is being searched. But to each of these requests, members of Congress on both sides of the aisle have repeatedly answered "no."

In practice, there's no way to ensure civil protections are actually implemented

If that sounds like it should be illegal, it's because it originally was: implemented without Congressional approval by the Bush administration and then retroactively codified into law, FISA’s surveillance powers are meant to help intelligence agencies monitor communications from individuals outside the US to search for clues related to terrorism. In theory, "minimization" requirements under FISA are supposed to prevent American citizens from being caught in US intelligence dragnets. But in practice, there's no way for the public to ensure those civil protections are actually implemented: FISA's only form of oversight is through secret courts composed of eleven federal district judges whose findings are highly classified.

What we do know is not very reassuring. An investigation earlier this year led by one of FISA’s most outspoken critics, Senator Ron Wyden (D-OR), found that the government’s surveillance activities had "on at least one occasion" violated the rights of American citizens under the Fourth Amendment. Before that, a Wired article on the NSA’s secret data center in Utah and a New York Times report in 2009 revealed more evidence of Constitutional violations. During the proceedings, Sen. Wyden compared these broad data sweeps to "writs of assistance," the general search warrants issued by the British Empire in colonial days to enter the homes of American colonists and search for smuggled goods.

But with FISA, all attempts to criticise the law run into the same brick wall of government secrecy. Sen. Wyden attempted to counteract this by proposing one of the four amendments to the re-authorization bill, which would have required the government to disclose annual estimates of how many Americans’ communications have been caught in the crosshairs of US intelligence programs. 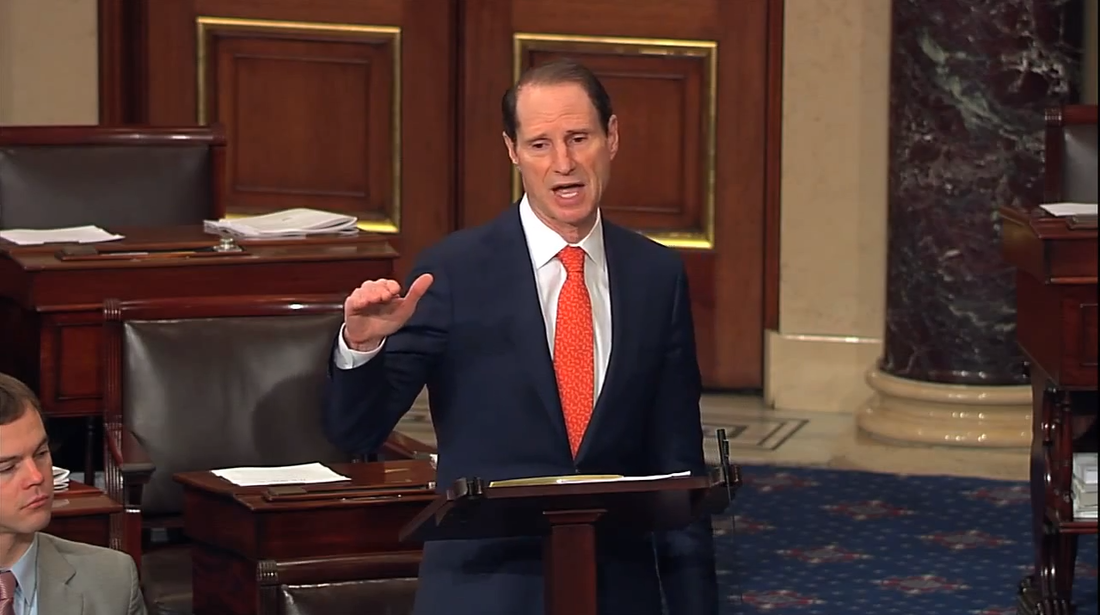 Sen. Ron Wyden argues against the extension of FISA surveillance powers on the Senate floor

"Without this information, oversight is not robust — it's toothless."

"Without this information, which is necessary to do our work, oversight is not robust — it's toothless," Wyden said during the debate over his amendment, arguing that any oversight which can’t provide this kind of basic information to Congress is not really oversight at all. In the past, the NSA has made the mind-boggling argument that it can’t investigate how it is violating Americans’ privacy because doing so would violate Americans’ privacy. They’ve also repeatedly invoked a “state secrets” privilege to try and prevent future legal challenges from making it to court.

A number of other Senators flocked under Wyden's banner. A modest proposal from Sen. Patrick Leahy (D-VT) sought to have the law expire in three years instead of five; another from Sen. Jeff Merkley (D-Ore.) demanded that FISA courts declassify their most important opinions to show how the law is being interpreted. Frustrated by the lack of transparency, Sen. Dick Durbin (D-Ill.) called the shadowy policies "anathema to a democracy" — appropriate seeing as how the bill, which has been on the table since the House passed it in September, would have been rushed through if Wyden hadn’t demanded that a debate be held.

Sen. Dianne Feinstein (D-CA), the chair of the Senate Intelligence Committee who led the charge against all four amendments, responded by echoing the intelligence community’s unsubstantiated claims. She argued that even the most modest transparency requirements would cripple intelligence efforts and lead to more terrorism, offering a blind faith reassurance that Americans’ privacy rights are being protected behind closed doors.

After just one day of rushed deliberation, Wyden’s amendment, along with all the others, were killed on the Senate floor. But what’s ironic is that even members of the Senate Intelligence Committee who voted against these revisions know very little about how the bill they’re voting on actually operates, since the FISA courts don't reveal how the law's oversight guidelines are interpreted.

“All eyes should now turn to the Courts.”

The fight isn’t over, though. Trevor Timm of the Electronic Frontier Foundation writes in a post-mortem that “all eyes should now turn to the Courts,” where the NSA is currently attempting to shut down an ACLU lawsuit which claims their surveillance program violates the Constitution.

But at the heart of it all, the US might never scale back its surveillance powers significantly unless it can overcome this ongoing, self-perpetuating notion that there is no light at the end of the tunnel. It is absolute lunacy that the majority of Congress can be so spooked by terrorist boogeymen that they would so casually leave the defense of American liberties in the hands of clandestine intelligence tribunals — judicial bodies that they themselves are kept from knowing much of anything about. There's no question that observation of foreign targets continues to play a vital role in US intelligence operations. But conceding to the idea that we must allow such glaring loopholes affecting millions of innocent citizens in order to be secure is a flavor of cowardice bordering on treason.