French artist Sébastien Preschoux has combined intricate thread designs and clever lighting to create a series of sculptures made almost entirely out of string. Recently on display in Paris, Preschoux's Nuit Blanche consists of a set of geometric trees that appear to be made out of lasers. As described by Trend Hunter, the three meter-high structures were built using wood, thread, and carefully placed light fixtures, which give a surreal vibe when placed alongside real trees in a natural setting. Head to Preschoux's site to see more photos of Nuit Blanche and other string sculptures, which include installations in forests as well as more urban environments. 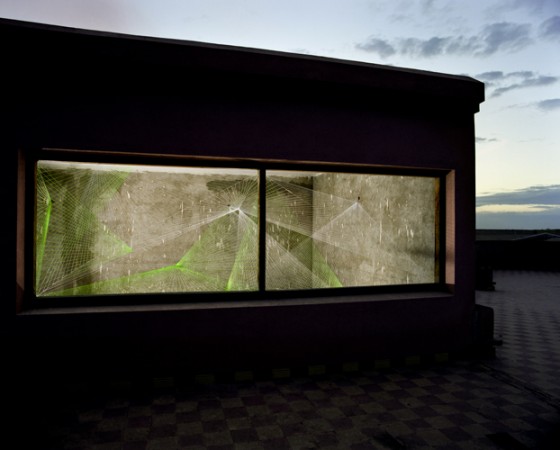