With the public unveiling of BlackBerry 10 fast approaching, we're getting yet another look at RIM's forthcoming QWERTY smartphone. Last week the first images of the device — tentatively known as the X10 — surfaced online, with the hardware unsurprisingly taking strong design cues from prior RIM successes like the BlackBerry Bold. But these latest leaked shots, which come courtesy of N4BB.com, provide a look at a powered-on "evaluation unit."

One shot of the homescreen reveals notification alerts for alarms and messages, and there's also a tappable shortcut to access BlackBerry 10's camera app. Another shows off what looks to be the device's app drawer; alongside Facebook, Foursquare, LinkedIn, and Twitter, there are icons for built-in applications like Music, Pictures, Video. "Story Maker" is also listed, and while RIM has yet to detail its functionality, odds point to be being some type of video editing tool. We're likely to find out much more about the X10 and what its eagerly awaited software is capable of when RIM holds its public unveiling of BlackBerry 10 on January 30th. 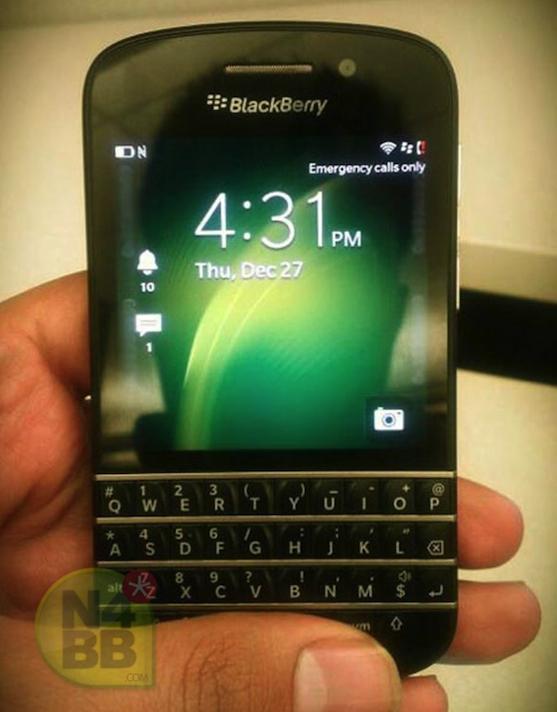