SoundCloud has just announced that its redesigned site is now live. Launched in beta form back in May, the "Next SoundCloud" has a sharper visual design and a number of minor tweaks to its recording, playback, and social features. Its creators say that the new site signals "much more than an aesthetic redesign, [it's] a state-of-the-art, re-engineered platform that feels so different from before." User profiles are now more like Facebook pages than before, and SoundCloud wants to encourage users to follow others with an enhanced search and recommendation engine. SoundCloud is also touting continuous music playback across the site as a key factor that will keep users interested in discovering more artists. 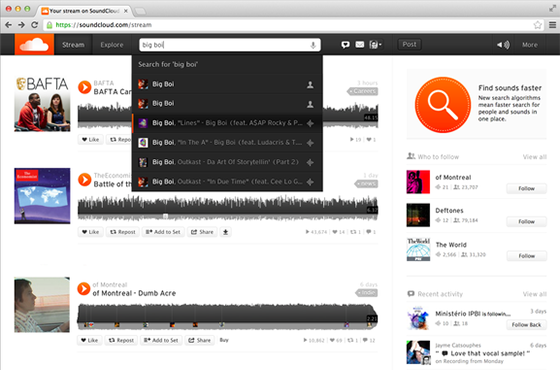 Together with the web redesign, new versions of the free SoundCloud app for iOS and Android will be available this Thursday. As well as featuring an all-new UX, the apps will take advantage of the new search engine and social features. SoundCloud also released some impressive new figures: its platform "reaches 180 million users," and 10 hours of music are uploaded every minute by the site's community. 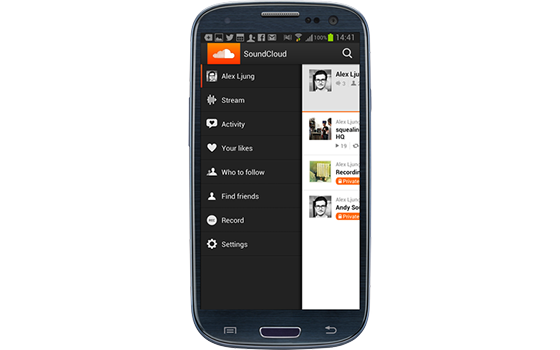